You are here: Home / Science / A Milky Cloud of a Nebula Floats Through Space 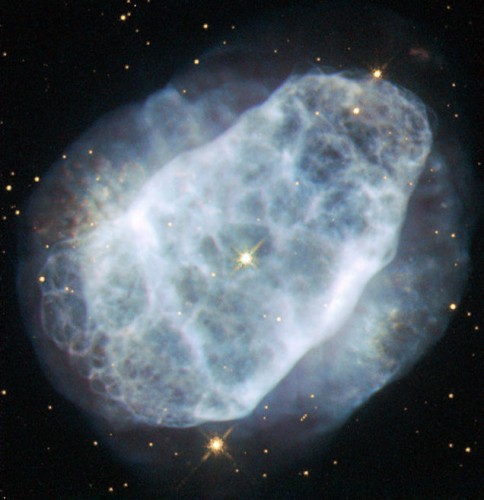 Nebula NGC 6153 is 4,000 lightyears away, located in the constellation of Scorpius. The elliptical cloud is the remains of the star that was once there, all its remains ejected once it ran out of fuel.

In addition to being pretty, the European Space Agency explains why it’s interesting to scientists:

Measurements show that NGC 6153 contains large amounts of neon, argon, oxygen, carbon and chlorine — up to three times more than can be found in the Solar System. The nebula contains a whopping five times more nitrogen than the Sun! Although it may be that the star developed higher levels of these elements as it grew and evolved, it is more likely that the star originally formed from a cloud of material that already contained lots more of these elements.

When it comes to ransomware, you don't always get … END_OF_DOCUMENT_TOKEN_TO_BE_REPLACED

Peyton Carr is a financial advisor to founders, … END_OF_DOCUMENT_TOKEN_TO_BE_REPLACED