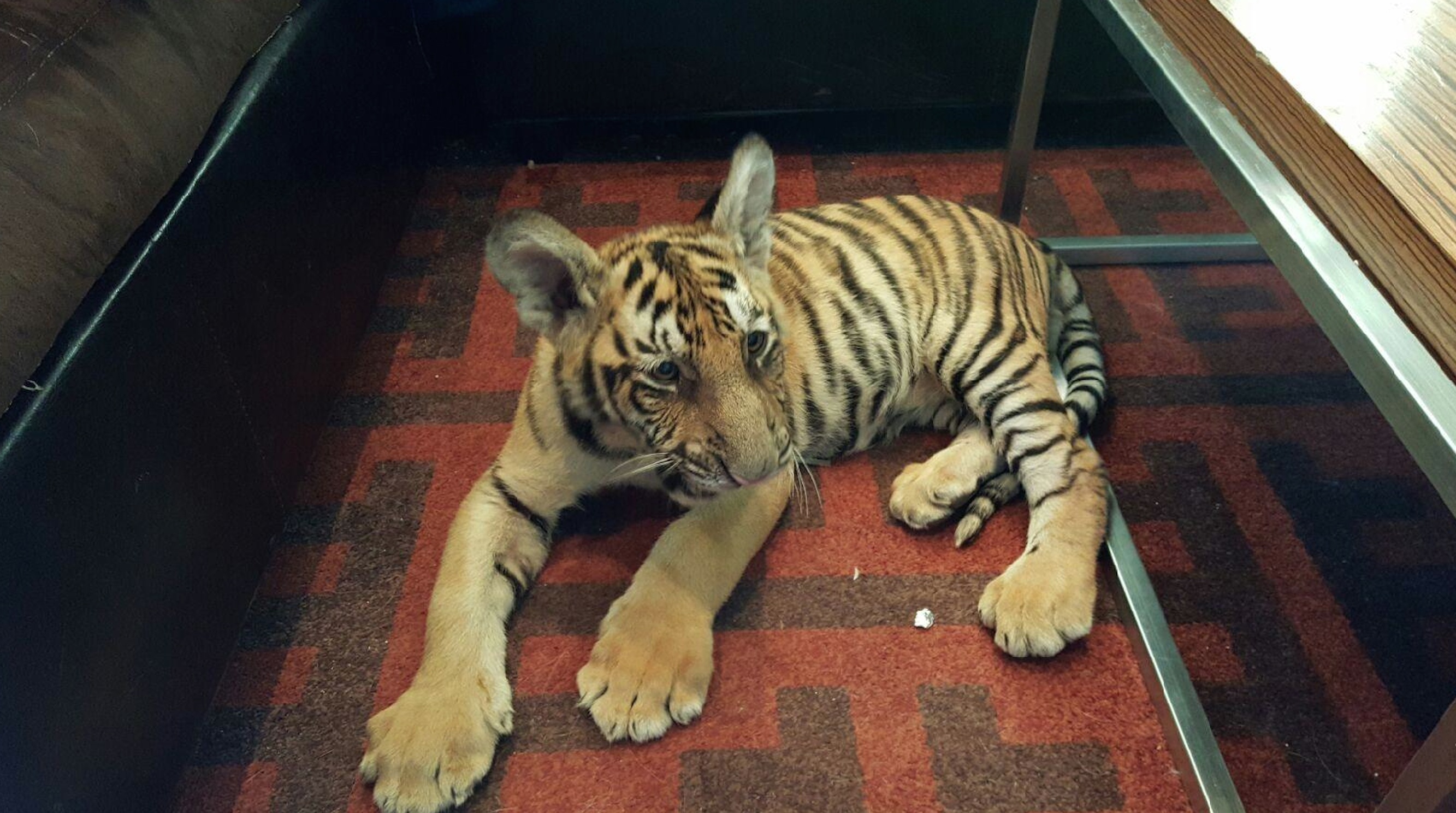 An abandoned tiger cub was found wandering the streets of a California neighborhood. The three-month old male was turned into the Ramona Humane Society in San Jacinto, Calif., by a woman who said she found the cub wandering through her Hemet, Calif., neighborhood.

The shelter posted a video of the cub drinking water on Facebook. The group said, “as an open admission shelter we [accept] all animals including this tiger found in our community.”

Department of Fish and Wildlife later transferred the cub 70 miles to an exotic animal sanctuary in Phelan, a little over an hour from Los Angeles.

The cub is suffering from a hernia and was declawed, according to Joel Almquist, the owner of Forever Wild Exotic Animal Sanctuary, where the cub is now staying. Almquist said when large cats are declawed the procedure involves cutting through bones, tendon and nerves.

“Declawing does a lot of damage to cats,” Almquist told USA TODAY Network. He said the sanctuary plans on working with a reconstructive surgeon to ensure the cub does not have chronic pain.

“They can’t put claws back in but at least their feet work again, and they are not in pain,” he said.

In California, a person must have a special permit to own a tiger, according to Almquist. He said tigers that are bred in captivity are typically not full-blooded Siberian or Bengal tigers, so many times zoos won’t take the animals.

“Zoos won’t take tigers if they don’t know the bloodline, so he will be living his life in a sanctuary,” He said, adding, “hopefully here.”

He said the cub will stay at the sanctuary while wildlife officials conduct an investigation.

When it comes to ransomware, you don't always get … END_OF_DOCUMENT_TOKEN_TO_BE_REPLACED

Peyton Carr is a financial advisor to founders, … END_OF_DOCUMENT_TOKEN_TO_BE_REPLACED