You are here: Home / World / Australians Will Soon (Already Do?) Have to Pay Top Dollar for Cancer 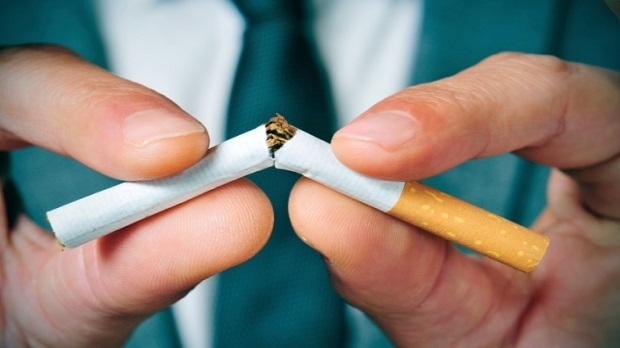 If you come to Australia, leave your naughty habits at the door. Australians, if you live here, get back in your box. The Australian government announced in the Federal Budget on Tuesday that it will be slogging smokers top dollar for a pack of ciggies.

Right now, they cost on average A$25 ($18.91) to A$30 for a packet of 20 or 25 cigarettes, which would already seem like highway robbery to anyone living in any other country on earth. Now, the government will be increasing the cost of cigarettes by 12.5% annually for four years. The increase will smack smokers in September each year.

If you work off a packet costing A$25 today, by 2020 it will set you back a hefty A$40. So unless you are living in a life of luxury, it is probably going to break the bank. Must be time to read the “How to stop smoking” book your old neighbour Dave recommended in 2012.

If you think you’ll just bring the cigarettes in through the duty free back door, think again. The government is reducing the amount of cigarettes you can bring into the country from 50 cigarettes to 25 cigarettes. Not 25 packs, 25 individual cigarettes. That’s one packet.

This price hike will earn the government A$4.7 billion and it will take the tax excise on cigarettes to almost 69% of the average price of a cigarette currently. This is in line with recommendations from the World Health Organisation, which advised governments to increase tax by 70% so that it becomes unaffordable.

“These changes will improve the health of Australians by reducing their exposure to tobacco products and will ensure that tobacco products consumed domestically are fully taxed and comply with Australian regulations,” the government noted in the budget papers.

This increase will see Australia remaining easily the most expensive in the world for smokers. In 2015, cigarettes in the city of Melbourne cost 142 percent more than in New York. While, cigarettes in Sydney were 130 percent more, according to a Deutsche Bank report.

Australia already has plain packaging laws, which see cigarettes wrapped in a generic mould green colour and slapped with a photograph of a dying baby. If that hasn’t turned you off, coughing up 40 Dollarydoos should do it.

No more sneaky ciggies for you, casual smoker.

When it comes to ransomware, you don't always get … END_OF_DOCUMENT_TOKEN_TO_BE_REPLACED

Peyton Carr is a financial advisor to founders, … END_OF_DOCUMENT_TOKEN_TO_BE_REPLACED