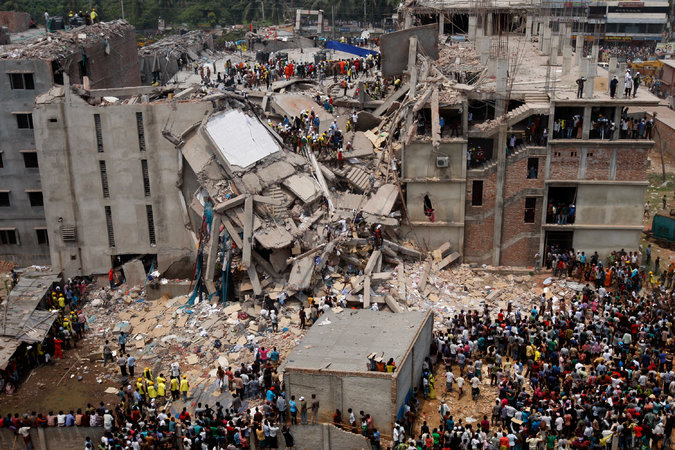 DHAKA, Bangladesh – The police in Bangladesh filed formal murder charges on Monday against 41 people accused of involvement in the 2013 collapse of a building that housed several clothing factories, leaving more than 1,100 people dead in the worst disaster in garment industry history.

Among those charged were Sohel Rana, the building’s owner, his parents, the owners of several factories in the building, and at least a dozen government officials, according to a state prosecutor, Anwarul Kabir, who is part of the legal team that will pursue the case.

The collapse of Rana Plaza led to an international outcry, and to a commitment by Western retailers to widespread inspections of Bangladeshâs thousands of apparel factories.

Mr. Kabir said that the investigating officer for the police also submitted charges to a Dhaka court against 18 people for building code violations. Of those 18 people, 17 were among those charged with murder on Monday, including Mr. Rana and his parents.

The report stated that owners of the factories urged workers to return to work even after an engineer inspected the building the day before the collapse and deemed it unsafe. The upper stories of the building were illegally constructed, and heavy generators installed there caused the building to shake, it said.

Bangladesh has more than 5,000 garment factories, handling orders for nearly all of the worldâs top brands and retailers, and is second in garment manufacturing output only to China. It has the lowest wages for garment workers in the world, and the collapse at Rana Plaza drew attention to unsafe practices in the industry.

The formal charges are a significant step toward the prosecution of garment factory owners, who often enjoy impunity in the country because of the economic heft and power of the industry.

Mr. Rana was arrested days after the disaster, apparently while hiding near the Indian border. He was a powerful businessman in the country, and some landowners in the Savar municipality, where Rana Plaza was located, said that he bullied them into giving up their land to build the structure.

A hearing for the case is scheduled for June 28 in a court in the capital, Dhaka, Mr. Kabir said.

When it comes to ransomware, you don't always get … END_OF_DOCUMENT_TOKEN_TO_BE_REPLACED

Peyton Carr is a financial advisor to founders, … END_OF_DOCUMENT_TOKEN_TO_BE_REPLACED