You are here: Home / World / Blogger Hacked to Death in Bangladesh 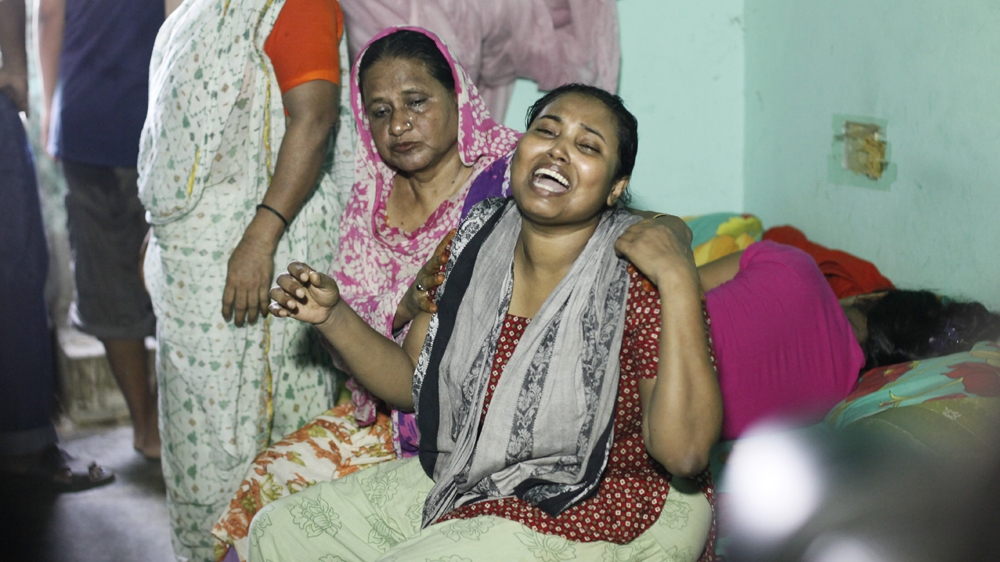 A gang armed with machetes has hacked a secular blogger to death at his home in Dhaka in the fourth such murder in Bangladesh since the start of the year, an activist group and police have said.

Niloy Chatterjee, who used the pen-name Niloy Neel, was murdered on Friday after the men broke into his flat in the capital’s Goran neighbourhood, according to the Bangladesh Blogger and Activist Network, which was alerted to the attack by a witness

“They entered his room in the fifth floor and shoved his friend aside and then hacked him to death. He was a listed target of the Islamist militants,” the network’s head Imran H Sarker, told the AFP news agency.

Chatterjee, 40, was a critic of religious extremism that led to bombings in mosques and the killing of numerous civilians, Sarker said.

Police confirmed Chatterjee, who lived with his family, had been murdered but had no details on his background.

In a recent Facebook post, Chatterjee said he was being followed by two strangers. He said he had approached the police but they had refused to register his complaint.

There have been at least five bloggers attacked in Bangladesh since 2013, four of them since February of this year.

This is Niloy Neel, he used to post about atheism on Facebook, now he’s been decapitated: http://t.co/8bKHu8gzhN pic.twitter.com/oBnSdD0ygj

“There a is serious lack of inertia in part of Bangladesh authorities to investigate these thoroughly and find the actual culprits behind all these killings,” Al Jazeera’s Tanvir Chowdhury, reporting from Dhaka, said.

On May 12, Ananta Bijoy Das, another blogger, was killed in the Subid Bazar area of Sylhet city as he walked to in the morning.

In March, blogger Washiqur Rahman Babu was hacked to death in Dhaka by three men over alleged anti-Islamic writings, with two of the suspected attackers caught near the scene.

In February, Avijit Roy, a prominent US blogger, was also killed in the capital.

At least in two of the cases, the killers were apprehended, while in other cases only suspects were arrested. Authorities said their links to “radical Islamist groups” are “under investigation.”

When it comes to ransomware, you don't always get … END_OF_DOCUMENT_TOKEN_TO_BE_REPLACED

Peyton Carr is a financial advisor to founders, … END_OF_DOCUMENT_TOKEN_TO_BE_REPLACED