You are here: Home / Sports / Chacin Feels Nerves in First Major-league Start in Over a Year 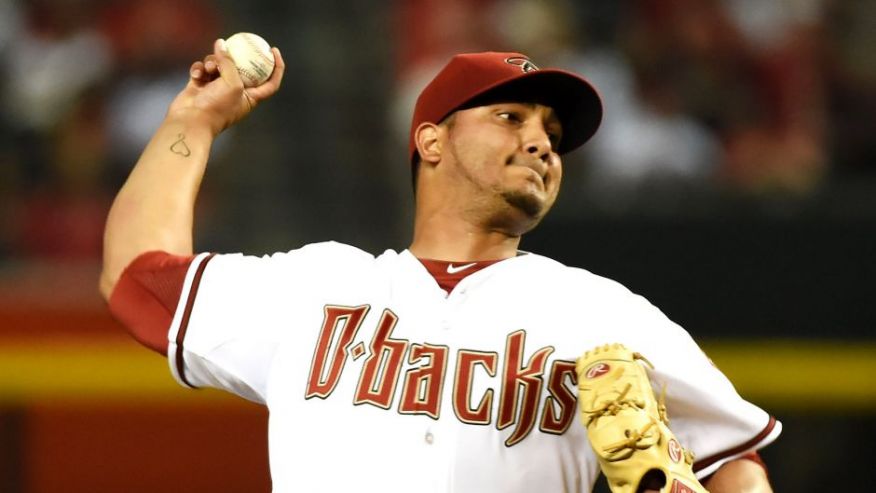 Jhoulys Chacin had started over a hundred major-league games heading into his start for the Arizona Diamondbacks on Monday, but he nonetheless felt butterflies as he took the mound.

After spending his first six major-league seasons with the Colorado Rockies, Chacin was released by the Rockies after a shoulder injury cut his season short last year. He was picked up as a free agent by the Cleveland Indians in the offseason but didn’t play for the Indians’ major-league squad this season and was released in June.

The Diamondbacks jumped at the chance to since the 27-year-old righty and promoted him to make his first start for the club on Monday.

“I just think he’s really earned this,” manager Chip Hale said of Chacin’s journey back to the majors.

In his first start since June 28, 2014, Chacin gave up six hits and two earned runs over 6 1/3 innings while striking out five in the Rockies’ 5-3 loss to the St. Louis Cardinals on Monday.

Now, the Diamondbacks hope Chacin can deliver the consistency he demonstrated in Colorado, where he posted a 3.78 ERA while pitching in the least hitter friendly ballpark in MLB, as they try to close in on the Giants and Dodgers in the NL West pennant race.

When it comes to ransomware, you don't always get … END_OF_DOCUMENT_TOKEN_TO_BE_REPLACED

Peyton Carr is a financial advisor to founders, … END_OF_DOCUMENT_TOKEN_TO_BE_REPLACED