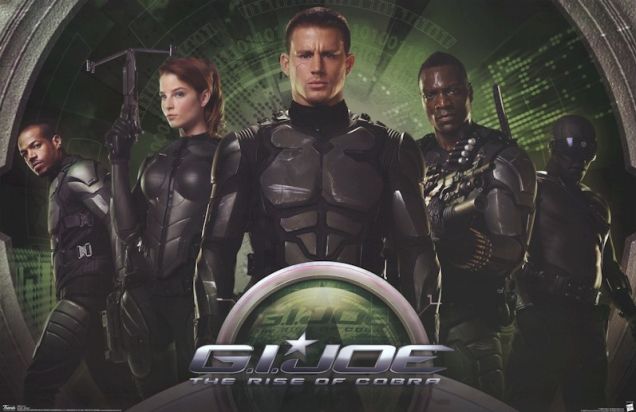 Channing Tatum’s career is on a definite upswing, but he still regrets being in G.I. Joe: Rise of the Cobra. That’s not a huge surprise, given that his character, Duke, dies early in the second movie. But he still has some strong words about it.

Speaking with Howard Stern, Tatum says, “Look, I’ll be honest. I fucking hate that movie. I hate that movie! I was pushed into doing that movie, from Coach Carter.” And with that, Tatum joins the ranks of other actors who are willing to talk about movies that are now punching bags. He and George Clooney should start a support group.

Tatum goes on to say that he had a three-picture deal and it just seemed like a good idea at the time and, ultimately, he had no choice:

And he did it, even though he thought the script was bad. And that it did open some doors for him, but not to anything he wanted to do. Basically, the diverse number of films we see from him now — comedies, dramas, and action films — is what he wanted from his career. But all he got from G.I. Joe was more of the same.

He did offer a way to fix it, after finding out that his role was supposed to go to, Mark Wahlberg, “Maybe I should have done my Wahlberg impression for the whole movie. The movie might’ve been better!”

Well, funnier, at least. His turn in 21 Jump Street might have been less surprising if he’d done that.

When it comes to ransomware, you don't always get … END_OF_DOCUMENT_TOKEN_TO_BE_REPLACED

Peyton Carr is a financial advisor to founders, … END_OF_DOCUMENT_TOKEN_TO_BE_REPLACED