You are here: Home / Featured / Charles Kennedy, Ex-Leader of Liberal Democrats in Britain, Dies at 55 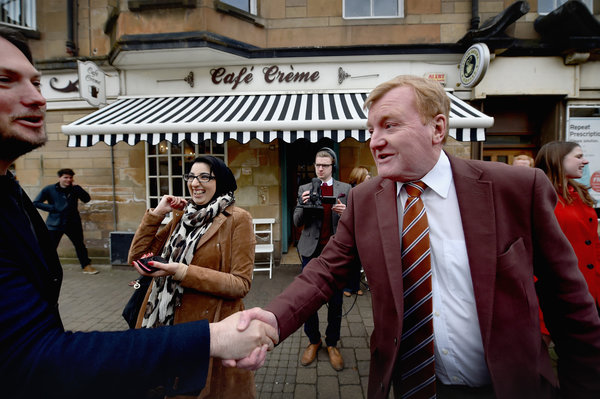 LONDON — Charles Kennedy, a former leader of the Liberal Democrats in Britain whose career was marked by both success and tragedy, has died at his home in Scotland at the age of 55, his family announced on Tuesday.

Mr. Kennedy was found dead on Monday. The police said there did not appear to be anything suspicious about his death; the family said there would be an autopsy.

Mr. Kennedy, a popular and unpretentious politician who led the Liberal Democrats from 1999 to 2006 and who opposed Britain’s involvement in the Iraq war, resigned as head of the party after admitting that he had a drinking problem.

He did not abandon political life, however, and represented the Scottish constituency of Ross, Cromarty and Skye until he lost his seat last month to the Scottish National Party, which won all but three of Scotland’s 59 seats in a general election.

Under the leadership of Nick Clegg, the Liberal Democrats formed a coalition with the Conservative Party in 2010 but were devastated in last month’s election, losing 49 of the party’s 57 seats.

“Charles’s untimely death robs Britain of one of the most gifted politicians of his generation,” Mr. Clegg said in a statement. “He was one of the most gentle and unflappable politicians I have ever known, yet he was immensely courageous, too, not least when he spoke for the country against the invasion of Iraq.”

Nicola Sturgeon, Scotland’s first minister, and other politicians praised Mr. Kennedy on Tuesday. “A lovely man and one of the most talented politicians of his time,” Ms. Sturgeon said on Twitter.

Paddy Ashdown, who preceded Mr. Kennedy as leader of the Liberal Democrats, told the BBC: “He had his demons, we all have our demons, but on form and when he was on song, Charles was the best of all of us.”

Mr. Kennedy was first elected to Parliament in 1983 at age 23 and was the youngest member of Parliament at the time. He was garrulous and popular on television, earning the nickname “Chatshow Charlie.” He led his party to great success in 2005, winning 62 seats in a general election, before stepping down in January 2006 to seek treatment for a problem with alcohol.

Despite losing his parliamentary seat last month, Mr. Kennedy had hoped to be actively engaged in what he called “the great European debate which is now looming,” he wrote.

“The next few years in politics will come down to a tale of two unions: the U.K. and the E.U.,” he added. “Despite all the difficult challenges ahead, the Liberal Democrat voice must and will be heard.”

Mr. Kennedy is survived by his former wife, Sarah Gurling, and a son, age 10.

When it comes to ransomware, you don't always get … END_OF_DOCUMENT_TOKEN_TO_BE_REPLACED

Peyton Carr is a financial advisor to founders, … END_OF_DOCUMENT_TOKEN_TO_BE_REPLACED