You are here: Home / World / Chile Soldiers Charged in ’86 Burning dDeath of US Resident 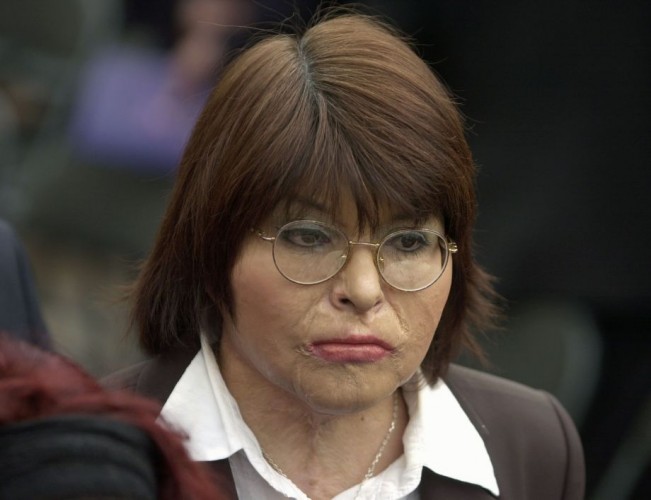 A Chilean judge charged seven former members of the military on Friday in the burning death of a 19-year-old U.S. resident who was killed in a 1986 protest against the military dictatorship then in power.

Judge Mario Carroza charged six former officers with premeditated killing in the burning death of Rodrigo Rojas. They were also charged with the attempted homicide of 18-year-old Carmen Quintana. Another former soldier was charged with being an accomplice to the crime.

Soldiers doused Rojas and Quintana with gasoline and set them ablaze during a street demonstration on July 2, 1986. Rojas died four days later. He was a Chilean-born photographer visiting from Washington D.C., where he lived with his mother in exile.

Quintana, who was a university student at the time, survived and underwent lengthy treatment for severe burns at a Canadian hospital. Her scarred face later became a symbol of the atrocities committed by Gen. Augusto Pinochet’s 1973-1990 dictatorship.

The latest development comes after another soldier testified last year, breaking a nearly three-decade pact of silence in one of the most prominent cases of human rights abuses during the dictatorship that saw 40,018 people killed, tortured or imprisoned for political reasons.

“The wounds have not been kept in the past. While there’s no justice, there’s no way to move forward,” Rojas’ mother, Veronica De Negri, said after the charges were announced. “Everyone here is responsible because when silence has been kept for 29 years, everyone shares the responsibility.”

President Michelle Bachelet, who was held and tortured during the dictatorship, said it’s important for the truth to finally come out so that these crimes are never again repeated and go unpunished in Chile.

“The latest developments encourage us by making us feel that it’s always good for the truth to arrive and justice to be served, even if it takes 29 years,” Bachelet said during a public event this week.

A judge in 1999 ordered the Chilean government to pay Quintana $470,000. This week, she thanked the former soldier identified as Fernando Guzman for testifying. Speaking from Canada, where she now lives, she told a local radio station that the soldiers involved in the attack were teenagers like her at the time and were also victims of the dictatorship because they received death threats to keep silent.

At the time, Chile’s army denied any involvement, and Pinochet suggested that Rojas and Quintana accidentally set themselves on fire when they carried flammable material to ignite barricades. In his testimony, Guzman denied the two were victims of their own firebomb, calling it “a total lie” made up by the military.

Guzman said had a clear view of the attack from atop a military truck: a man was lying on the ground while a woman was facing a wall. The commander of one of the patrols that had detained the two, Lt. Julio Castaner, then ordered a soldier to douse them in gasoline, spraying the woman from head to toe and the man on his back. Guzman testified that Castaner used a lighter to taunt the two and then set them on fire.

Rojas and Quintana were taken in a military truck and were dumped in the outskirts of Santiago.

Castaner was arrested this week, and was beaten up by a group of protesters, who shouted “murderer!” and kicked him on the floor at the airport of the southern city of Punta Arenas, on his way to face a judge in Santiago. He is now being held with the other accused former soldiers at a military barracks while they wait for trial.

When it comes to ransomware, you don't always get … END_OF_DOCUMENT_TOKEN_TO_BE_REPLACED

Peyton Carr is a financial advisor to founders, … END_OF_DOCUMENT_TOKEN_TO_BE_REPLACED