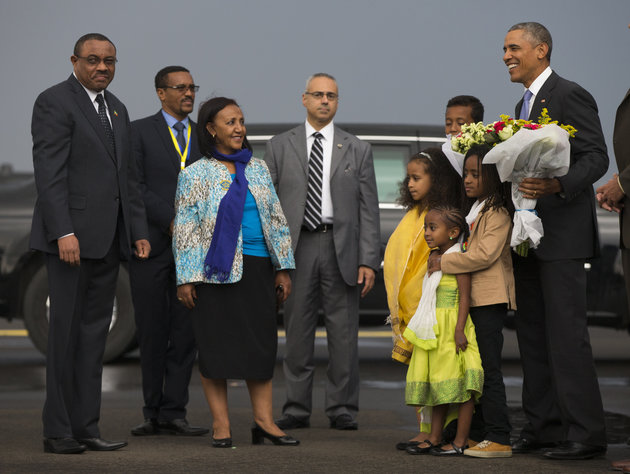 China’s state media are pouring cold water on President Barack Obama’s visit to Africa, saying U.S. attention to the continent is largely due to concern over China’s booming influence there. The Global Times newspaper said Monday that “offsetting China’s growing influence in this continent and recovering past U.S. leverage” were major factors in Obama’s visit.

In contrast to China’s steady and fair-minded interactions with Africa, the U.S. “obviously lacks a consistent Africa policy,” said the paper, published by the ruling Communist Party’s flagship People’s Daily. It cited what it said was Obama’s “cold shoulder” to the continent during his first term as an example of U.S. inattentiveness.

The official Xinhua News Agency took a similar tone, criticizing what it described as ineffective U.S. aid programs for Africa while touting China’s own projects, largely in roads, dams and other infrastructure.

“Obama may have to work even harder if he wants to build his legacy on a continent where U.S. commitment has long been questioned,” Xinhua said.

Obama huddled with Ethiopia’s leaders Monday for talks on counterterrorism, human rights and regional security issues, including the crisis in neighboring South Sudan.

His visit to Ethiopia, the first by a sitting U.S. president, followed a stop in Kenya, his late father’s homeland.

China’s economic ties with Africa have soared in recent years, with two-way trade in 2013 – the last year for which figures were available – hitting a record $200 billion, mainly in Chinese imports of African oil, copper and other raw materials.

When it comes to ransomware, you don't always get … END_OF_DOCUMENT_TOKEN_TO_BE_REPLACED

Peyton Carr is a financial advisor to founders, … END_OF_DOCUMENT_TOKEN_TO_BE_REPLACED