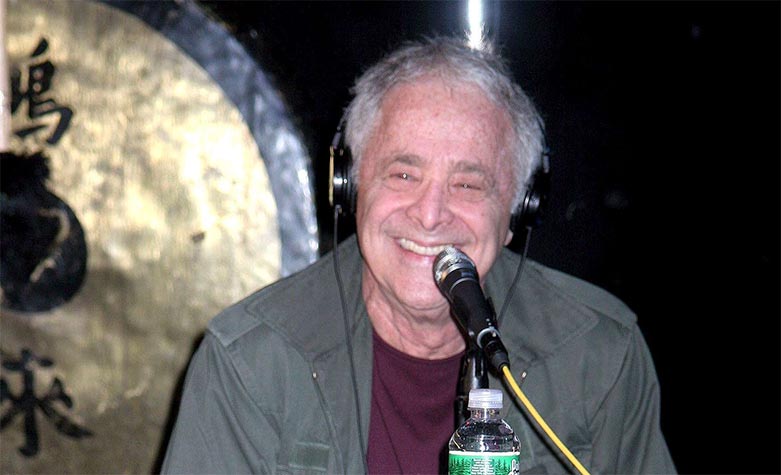 Chuck Barris, who hosted “The Gong Show” and created “The Dating Game” and “The Newlywed Game,” died Tuesday of natural causes in Palisades, N.Y., his publicist confirmed. He was 87.
His autobiography, “Confessions of a Dangerous Mind,” was made into a film directed by George Clooney and starred Sam Rockwell as Barris. In the book, he claimed to have worked for the CIA as an assassin during the 1960s and ’70s, a claim which the CIA denied.

The multi-talented game show creator was also a songwriter, writing songs such as “Palisades Park” as well as music for his game shows.

Born Charles Hirsch Barris in Philadelphia, he started out working as a page at NBC in New York, then worked backstage at “American Bandstand.” “Palisades Park” was recorded by Freddy Cannon and hit No. 3 on the Billboard Hot 100 chart.

He formed Chuck Barris Productions in 1965 and created “The Dating Game,” hosted by Jim Lange, which introduced swinging 1960s double entendres to the formerly staid game show genre and ran for 11 out of the next 15 years. In 1966 he launched “The Newlywed Game,” hosted by Bob Eubanks, which ran for 19 years; Game Show Network still airs a version of the show.

Barris finally made it in front of the camera when he began hosting “The Gong Show” in 1976. Though it only ran two years on NBC and four years in syndication, the show is still remembered for its wacky spoof of the talent show format. He introduced the amateur contestants dressed in colorful clothing with odd props, with judges Jamie Farr, Jaye P. Morgan and Arte Johnson adding to the goofy atmosphere. Other offbeat characters on the show included “Gene Gene the Dancing Machine” and Murray Langston, the “Unknown Comic,” who wore a paper bag over his head.

The show was so popular it spawned a feature film, “The Gong Show Movie,” which failed to catch on the way the TV show had.

Among the other shows he created or produced were a revival of “Your Hit Parade,” “Three’s a Crowd,” which faced criticism as it seemed to promote adultery; “Camouflage,” and “Treasure Hunt.”

In the 1980s after period living in France, he formed Barris Industries and revived “The Dating Game” and “The Newlywed Game” before selling his shares in the company to Burt Sugarman. Barris Industries acquired Guber-Peters Productions, which was then acquired by Sony Corporation.

He is survived by his wife, Mary.

Donations may be made to the New York Police Foundation.

When it comes to ransomware, you don't always get … END_OF_DOCUMENT_TOKEN_TO_BE_REPLACED

Peyton Carr is a financial advisor to founders, … END_OF_DOCUMENT_TOKEN_TO_BE_REPLACED