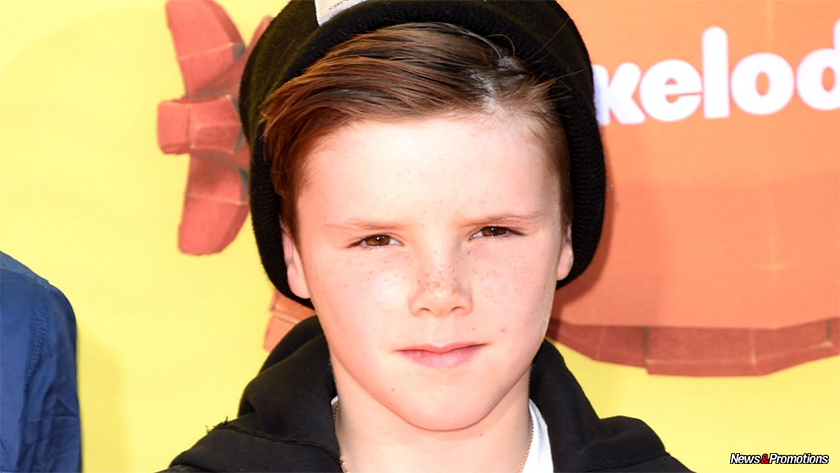 Cruz Beckham, the smallest child of the famous Beckham family, signed a contract with the manager of Justin Bieber, and his first single is dedicated to Christmas, reports the Hello! magazine. At the age of only 11 years, the youngest boy of Victoria and David Beckham has his debut in music after signing an important contract with the manager Scooter Braun. Called ‘If Every Day Was Christmas’, his first single is already available online on iTunes. On the British radio Capital FM, Cruz Beckham explained that the song is about combining ‘two of my favourite things – singing and Christmas.’ All the money gathered from the single’s sales will go to the Global’s Make Some Noise charity, for the disadvantaged young people living in the United Kingdom. David Beckham said at the same radio intervention that: ‘I’m really proud, he’s having fun and he’s enjoying it.

‘ Cruz talked about Christmas in their house, saying that his father loves doing pranks. ‘We always wake up at 6am, we go downstairs and my dad says, ‘Wait, let me check if there’s presents downstairs,’ then he runs back up and says, ‘Ah, there’s none!’, said Cruz. It seems that the smallest of the Beckham children do not lose his time: although his vocal qualities were known until now only from his family postings, on his Instagram account where he has already posted the song and the message ‘Welcome to my new page.

Something exciting to share with you all this week!’ he gathered 141.000 subscribers. Victoria Beckham says about Cruz: ‘We didn’t even realise he could sing. He’s always the one that plays football, and he was just sitting in the back of the car one day, and he was singing, and I was like, ‘Wow, you can really sing!’ And then he picked up his cups, and off he went!’

When it comes to ransomware, you don't always get … END_OF_DOCUMENT_TOKEN_TO_BE_REPLACED

Peyton Carr is a financial advisor to founders, … END_OF_DOCUMENT_TOKEN_TO_BE_REPLACED