You are here: Home / World / Death Toll in China Blasts Rises to 85 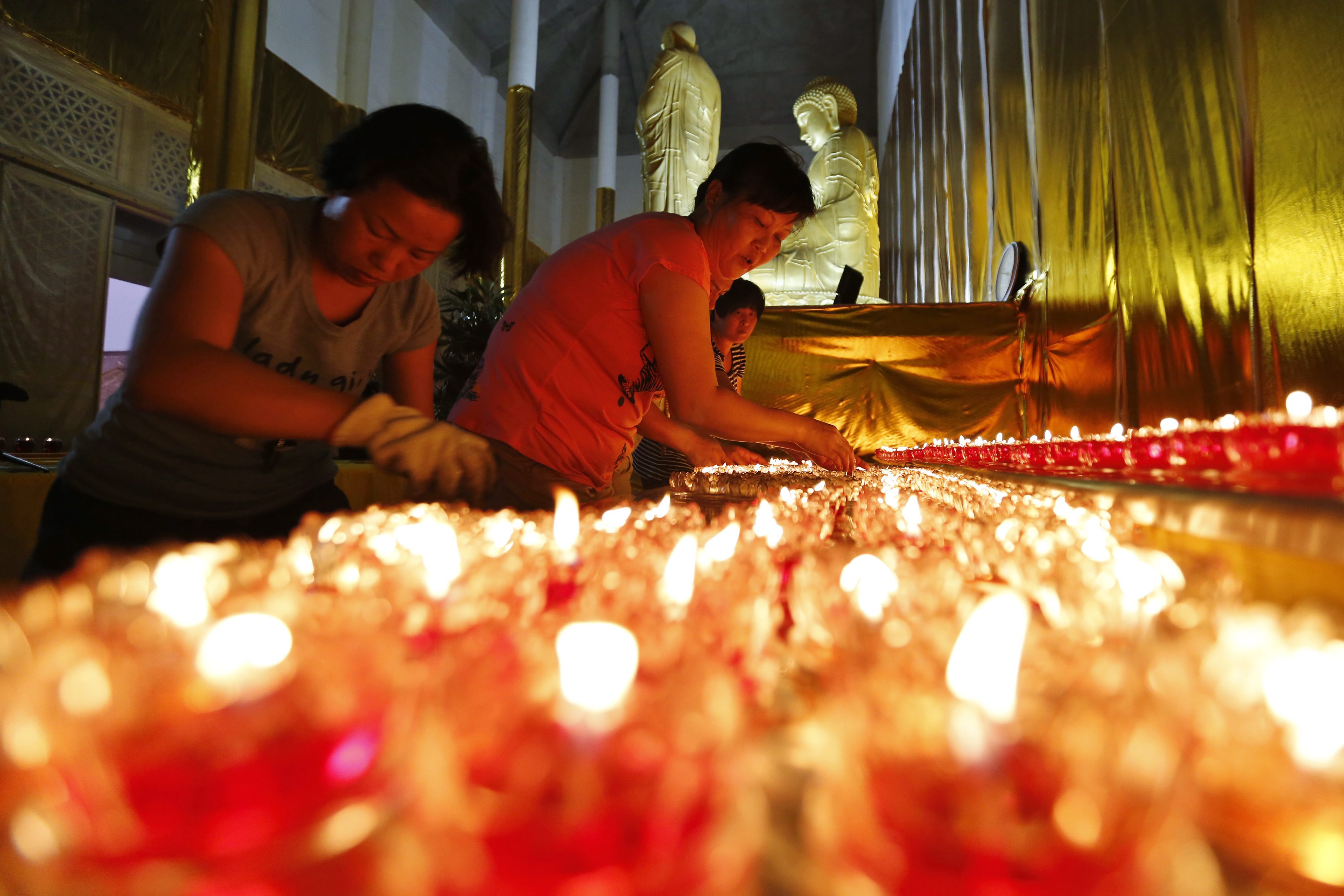 New explosions and fires rocked the Chinese port city of Tianjin on Saturday, as one survivor was pulled out and authorities ordered evacuations to clean up chemical contamination more than two days after a fire and a series of blasts set off the disaster.

Meanwhile, angry relatives of firefighters missing in the catastrophe stormed a government news conference to demand information on their loved ones.

The death toll in Wednesday’s inferno and blasts that devastated industrial and residential zones climbed to 85, including 21 firefighters — making the disaster the deadliest for Chinese firefighters in more than six decades.

An unknown number of firefighters remain missing, and a total of 720 people have been injured in the rapid succession of explosions that began with a fire from shipping containers containing hazardous material at a warehouse.

Authorities on Saturday pulled out one survivor from a shipping container, state media reported. His identity was not immediately known. Television video showed the man being carried out on a sketcher by a group of soldiers wearing gas masks.

The government set up a no-man zone within 3 kilometers (1.8 miles) of the explosions to clean up chemical contamination from sodium cyanide, according to media reports. Sodium cyanide is a toxic chemical that becomes combustible on contact with water or damp air.

Burning flames were spotted on Saturday, and explosions were reported by witnesses and state media.

In one case, heavy smoke from a fire engulfing several cars rose up as high as 10 meters (yards), accompanied by at least five explosions.

Police and military personnel manned checkpoints on roads leading to the blast sites, and helicopters were seen hovering in the overcast sky. The air had a metallic chemical smell, and there was uneasiness over rain forecasts, although it was warm and windy.

Meanwhile, family members of missing firefighters disrupted the latest news conference, demanding to know whether their loved ones were still alive.

“(The authorities) didn’t notify us at all,” said Liu Huan, whose son Liu Chuntao has been missing since late Wednesday. “Our son is a firefighter, and there was a team of firefighters who lost contact. We couldn’t contact him.”

Liu Longwang said she had not heard any word on her son Liu Ziqiao, also a firefighter. “We are extremely worried,” she said. “He’s just turned 18.”

State media reported that the casualties of the first three squads of firefighters to respond and of a neighborhood police station have not yet been determined, suggesting that the death toll could still go up.

Tianjin Fire Department head Zhou Tian said at a news conference Friday that the explosions occurred just as reinforcements had arrived on the scene and were getting to work.

“There was no chance to escape, and that’s why the casualties were so severe,” he said. “We’re now doing all we can to rescue the missing.”

One bright moment, however, came Friday morning, when Zhou Ti, a 19-year-old firefighter, was pulled from the zone and taken to a hospital. Zhou Ti and Zhou Tian are unrelated.

Li Yonghan, a doctor at Teda Hospital, called Zhou’s survival “miraculous” and said Zhou escaped death mainly because he was covered by his fallen comrades. Zhou had massive injuries, including burns and leg cuts.

From his hospital bed, Zhou told state broadcaster CCTV that the fire was spreading out of control. “I was knocked onto the ground at the first blast,” recalled Zhou, his eyes swollen and closed. “I covered my head and don’t know what happened after that.”

Lin Yujie, who lives in a nearby residential complex, said he initially thought of a massive air strike at the time of the blasts.

“It was just a sea of fire,” Lin recalled. “We were really worried that there would be a second or third explosion and what we would do then.”

As details of the blasts and the rescue efforts surface, members of the public have been raising questions about whether fire commanders had erred in prematurely sending firefighters into a highly dangerous zone and using water to put out flames on the site known to have stored a variety of hazardous chemicals, including sodium cyanide and calcium carbide, which become flammable on contact with water.

Local officials also have been hard-pressed to explain why authorities permitted hazardous goods warehouses so close to residential complexes and critical infrastructure, in violation of the Chinese rule that hazmat storage should be at least 1,000 meters (yards) away from homes and public structures.

When it comes to ransomware, you don't always get … END_OF_DOCUMENT_TOKEN_TO_BE_REPLACED

Peyton Carr is a financial advisor to founders, … END_OF_DOCUMENT_TOKEN_TO_BE_REPLACED