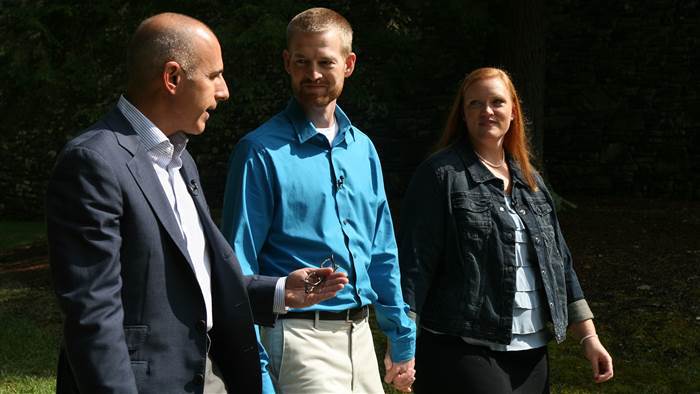 It was a year ago that Ebola — and Dr. Kent Brantly — became household names. In his own words, Dr. Brantly discusses the need for awareness, and explains why his family returned to the west African nation.

Last month my family and I returned to our Liberian home for the first time since the events of last July and August.

For the first time since my near-death experience, we made the hour-long drive from Roberts International Airfield to the ELWA campus in Paynesville, on the outskirts of Monrovia. We experienced a mix of emotions as we returned to our house on the beach: The trauma of all that occurred there last year — the patients we treated for Ebola, the overwhelming amount of death we encountered, my own life and death struggle against the villainous virus; the joy of times remembered — walks on the beach, dinner with neighbors, snorkeling during dry season; the losses suffered due to the Ebola outbreak — loss of friends and co-workers, loss of our community, loss of innocence as we faced the death of old and young alike.

But we were also filled with thankfulness: For those who were spared; for the many people who cared for me and made my evacuation possible; for the chance to return as a family, together, to the place we called home for a brief period in time.

There were new experiences on this trip to Liberia: Hand washing stations at every turn; infrared thermometers at the entrance to every school, business and place of gathering; invitations to meet the president and vice president. During our week-long visit we rejoiced with the nation of Liberia in her Ebola-free state. But only days after our return to the United States, we received the disheartening news that Ebola had once again raised its ugly head in Liberia.

In the past three weeks Liberia has diagnosed six new cases — two people died, and four have recovered and been released from the treatment center. And so the countdown for Ebola-free status begins again, while nearly 140 individuals are monitored as contacts of these new cases. Unfortunately, neighboring Sierra Leone and Guinea have yet to reach zero cases. They continue to identify 20-30 new cases every week. The outbreak, though slower now than when it hit the western news cycle last summer, is still ongoing. People are still dying. Nations are still struggling to stamp out this disease so that they might begin rebuilding their devastated health systems.

The world cannot forget. Our neighbors are suffering and in need of compassionate aid. Here are some ways you can help:

When it comes to ransomware, you don't always get … END_OF_DOCUMENT_TOKEN_TO_BE_REPLACED

Peyton Carr is a financial advisor to founders, … END_OF_DOCUMENT_TOKEN_TO_BE_REPLACED