You are here: Home / Entertainment / The Emmy Awards gala: Game of Thrones and The People V.O.J. Simpson, the big winners 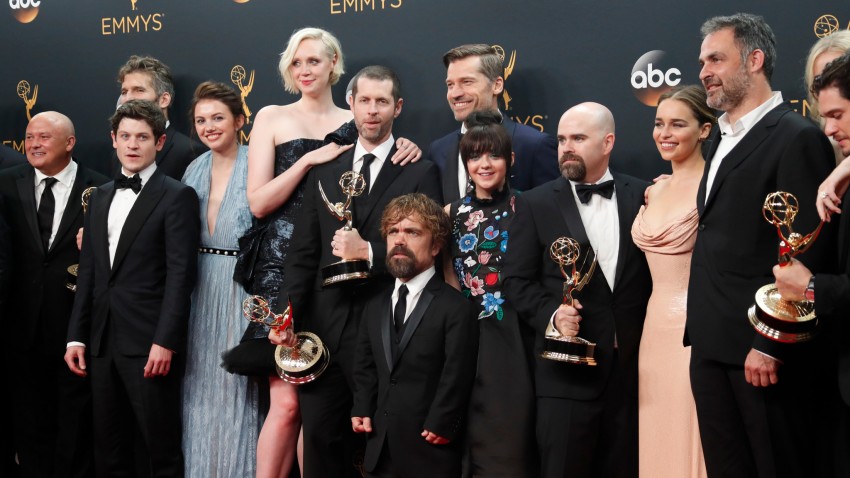 The TV series ‘The People v. O.J. Simpson: American Crime Story’, opened the Emmy Awards night, with 22 nominations and numerous prizes, including the one for the Best Miniseries. The drama-fantasy ‘Game of Thrones’ and the comedy ‘Veep’ gathered numerous trophies for the giant HBO. ‘Game of Thrones’ had 23 nominations and won 12 Emmy awards, including the ones for the best TV series, best script and best directing. Sarah Paulson received the trophy for the Best Actress as the prosecutor Marcia Clark and Courtney B. Vance won the Best Actor award for the role of Johnnie Cochran, both in ‘The People v. O.J. Simpson: American Crime Story’. The show was presented by Jimmy Kimmel, who opened the gala with a series of jokes about the Republican candidate in the USA presidential elections, Donald Trump. Kimmel, addressing to Burnett, the British producer that created the Celebrity Apprentice show, said that if Donald Trump wins and builds the wall, the first person that they will throw over the wall is Mark Burnett.

The Veep star Julia Louis-Dreyfus, won the 5th Emmy award for her role in the satirical comedy about the White House in which she plays the role of an unable and ambitious president who fights with all the powers to keep the power. Jeffrey Tambor won the award for the Best Comedy Actor for his role of a father that makes the transition into becoming a woman in the ‘Transparent’ series produced by Amazon. The award for the Best Talk-Show was won by John Oliver, the guest of the Last Week Tonight with John Oliver. Kate McKinnon, the comedian from Saturday Night Live who plays the role of Hillary Clinton, won the award for the Best Actress in a comedy series. The 68th edition of the Emmy Awards took place at the Microsoft Theater in Los Angeles.

When it comes to ransomware, you don't always get … END_OF_DOCUMENT_TOKEN_TO_BE_REPLACED

Peyton Carr is a financial advisor to founders, … END_OF_DOCUMENT_TOKEN_TO_BE_REPLACED