You are here: Home / Lifestyle / First Words: When You ‘Literally Can’t Even’ Understand Your Teenager 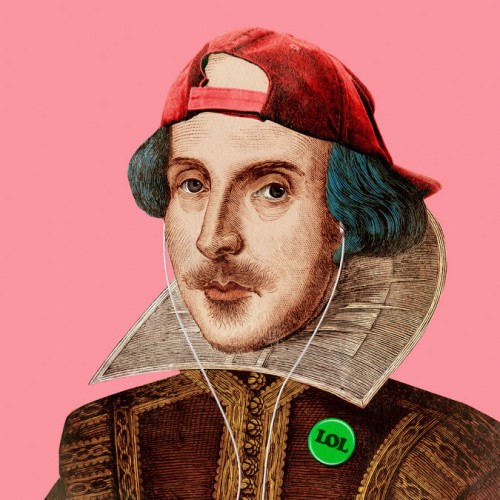 A little paradox of Internet celebrity is that a YouTube personality can amass millions upon millions of young fans by making it seem as if he’s chatting with each of them one to one. Tyler Oakley, a 26-year-old man who identifies as a “professional fangirl,” is a master of the genre. He has nerd glasses, pinchable cheeks, a quiff he dyes in shades of blue and green and more YouTube subscribers than Shakira. Some of his teenage admirers have told him that he is the very first gay person that they have ever seen. He models slumber party outfits and gushes over boy bands, giving the kids who watch him from their bedrooms a peek into a wider world.

In March 2012, Oakley faced the camera, balanced a laptop in his sightline and paged through a photo set of the curly-haired actor Darren Criss, whose turn as a hunky gay singer in “Glee” made him a fixture of teenage dreams. In these new pictures, which had just been leaked online, Criss was lounging on a beach wearing only a pair of low-rise jeans and a layer of perspiration. Oakley’s videotaped reaction was exultant. “I literally cannot even,” he informed his fans. “I can’t even. I am unable to even. I have lost my ability to even. I am so unable to even. Oh, my God. Oh, my God!”

Soon, Oakley’s groupies had immortalized his soliloquy in GIF form: “Can’t upon can’t,” looping forever. Now they could conjure the GIF whenever they felt so overcome by emotion that they couldn’t even complete a thought. Oakley was not the first to recast the sentence fragment “I can’t even” as a stand-alone expression. He just helped shepherd it out of the insular realm of Tumblr fandom and into the wide-open Internet. That June, John Green, a writer of fiction for young adults who was awed by the praise for his breakaway novel, “The Fault in Our Stars,” pledged to “endeavor to regain my ability to even.” When Kacey Musgraves, then 25, won Best Country Album at the 2014 Grammy Awards, besting Taylor Swift, she began her acceptance speech with two “I can’t evens.” And this season, “Saturday Night Live” aired a sketch in which a trio of nasal-toned interns “literally couldn’t even” deal with their office’s frigid temperature. The punch line lands when they screech at a fourth intern to close her window, and the audience sees her sitting helplessly at her desk, both arms suspended in plaster casts. “I can’t,” she whimpers.”I literally cannot.”

For those who grew up when teenagers didn’t “can’t,” the phrase might register as a whimper, as if millennials have spun their inability to climb the staircase out of the parental basement into a mantra. At least the Valley Girls of the 1980s and ‘90s, who turned every statement into a question, and the vocal-fried pop tarts of the early 2000s, who growled almost inaudibly, had the decency to finish their sentences. Kids today, it seems, are so mindless that they canât even complete their verb phrases.

But if you really believe that teenage girls (and boys) don’t know what they’re talking about, it’s more likely that they just don’t want you to know what they’re talking about. Teenagers may not be able to drive or vote or stay out past curfew or use the bathroom during school hours without permission, but they can talk. Their speech is the site of rebellion, and their slang provides shelter from adult scrutiny.

Guarding the secret code has become tricky, though. Teenagers used to listen for the telltale click of a parent eavesdropping on the telephone line. Now somebody (or something) is monitoring every keystroke. If an adult picks up a scrap of inscrutable teenager-speak via text or Twitter or a whisper wafting up from the back seat, she can access its definition on Urban Dictionary or Genius (which explains that “I can’t even” is a state of speechlessness too deep to even express in any other words). In 1980, the linguist David Maurer, author of “The Big Con,” a book about underworld slang, wrote that “the migration of words from subculture to dominant culture is sparked by the amount of interaction between these groups,” as well as by the dominant group’s “interest in the behavior patterns” of the other. Parents are perennially nosy about what their teenagers are saying, and nowadays they can just Google it.

Adolescent slang has evolved a clever defense mechanism against the threat of the search engine. Teenagers have always used words to obscure their most sensitive subjects: He’s a total babe, but he sweats this ditz who gets blazed every day after school. Now the most creative linguistic innovations elide the discussion topic entirely. “I can’t even” is a confession interrupted. A close relative of “I can’t even” is the keysmash, a string of actual gibberish – asdf;lkl, maybe - meant to signal that the typist has become so excited that she has lost control of her fingers. Or consider “Your fave could never,” a gleeful taunt meaning roughly “Your favorite [actor] could never [pull off the beach ensemble modeled by my favorite actor, Darren Criss, over which I am literally dying right now].” A reader can only decipher its meaning if she has been briefed on the speaker’s celebrity allegiances and is plugged into the web’s breakneck gossip cycle. The modern revelation doubles as a warning: Reveal less.

This game offers only ephemeral rewards, and that’s part of the point. If teenage slang stayed cool indefinitely, teenagers would never be able to outpace their parents. Maurer identified a few forking paths along which slang might travel. The word can stay slang, recirculating in the counterculture even when new speakers replace the old. It can be “elevated to respectability,” integrated into the discourse of the middle-aged and middle class. Or it can just disappear, a casualty of a cultural shift that renders it moot.

In the all-seeing, all-hearing Internet age, there’s a fourth path: Teenage slang curdles from ingenious to embarrassing in record time, snapped up by brands for the purposes of selling their products. “I can’t even” has already embarked upon its promotional tour. On Twitter, Cap’n Crunch cereal “just can’t even with this right now.” Taco Bell “literally can’t.” When a public relations firm listed Charmin among its favorite Twitter brands last year, the toilet paper company tweeted: “We. Can’t. Even.” Applebee’s favorited it. In turn, the young have found a way to monetize this process of linguistic appropriation. Corporations hire recent undergraduates to tune their Twitter feeds to appeal to their younger siblings. Tyler Oakley himself ran social media for companies before he graduated to what he calls “partnering with brands”: Pepsi, MTV, Taco Bell. In exchange, this corporate sponsorship “allows me to stay a kid,” Oakley told PBS’s “Frontline” last year. “Very Peter Pan.”

One old piece of slang that has not survived is “selling out.” For the same report, “Frontline” asked a group of teenagers what the phrase meant to them. Nothing, they replied. Yesterday’s sellouts, mocked for their contracts, are today’s brand ambassadors, admired for their hustle. It’s simultaneously depressing and impressive that the youth of America have worked out how to trade their slim cultural advantage for a shot at YouTube stardom or, more likely, a gig tweeting for toilet paper. Then again, when they find some way to talk themselves out of it, we’ll be the last to know.

When it comes to ransomware, you don't always get … END_OF_DOCUMENT_TOKEN_TO_BE_REPLACED

Peyton Carr is a financial advisor to founders, … END_OF_DOCUMENT_TOKEN_TO_BE_REPLACED