You are here: Home / Technology / France and Spain Join Together for Europe’s Exascale Computing Ambitions 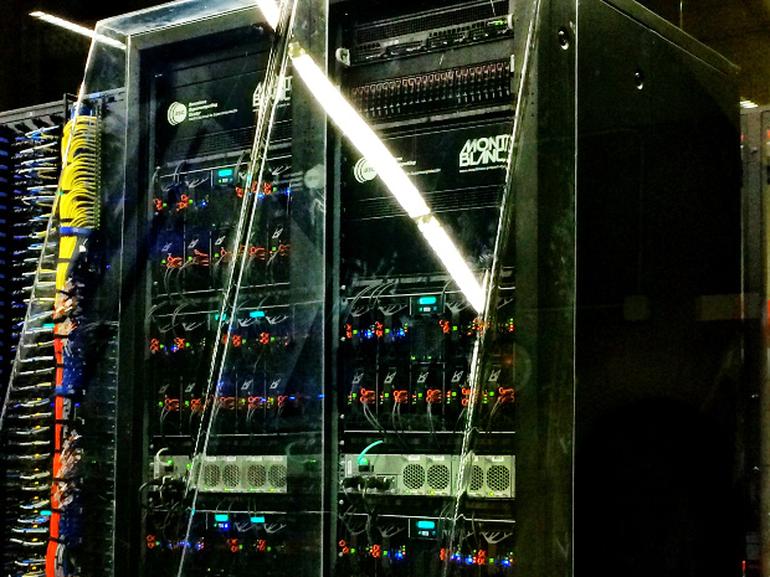 As interest in high-performance computing (HPC) begins to heat up across the world, France and Spain have announced they’re teaming up to work on the technology. The agreement comes after a series of high-profile developments in the field.

Last month, US president Obama signed an executive order intended to help the US create more competitive HPC systems by accelerating the development and rollout of exascale computing, capable of performing 10 to the power of 18 floating operations per second. Currently, most advanced systems are in the petaflop (1015) range.

Recently, China retained its top spot on the TOP500 list of the world’s most powerful supercomputers. The Tianhe-2 machine (33.86 petaflops) took the number one position, far outpacing the nearest US’ system, Titan (17.59 petaflops).

With the transition from petascale to exascale computing, Europe is aware that a window of opportunity is opening for the continent’s tech industry to be at the forefront of new HPC developments.

However, not all countries have the capacity to develop exascale technologies and maintain their own infrastructure. As a result, increasing collaboration is becoming increasingly necessary

Consequently, the Barcelona Supercomputing Center (BSC) and French Alternative Energies and Atomic Energy Commission (CEA) have announced a partnership that will see the two agencies work together on HPC research and technology innovation.

Get the Leadership in HPC

Both organizations have signed an agreement to help promote “a globally competitive HPC value chain and flagship industry”. The plan is in line with the European Commission’s own HPC strategy, which focuses on three main areas: technology (hardware and software), infrastructure (Tier-0 platforms), and how HPC should be used in the real world.

“It’s not a spur of the moment agreement. We’ve been developing some projects together for months and thought it would be useful to organize ourselves,” Francesc Subirada, associate director at BSC, told ZDNet.

“BSC and CEA fully support the Commission’s strategy of aiming ‘to make Europe the world leader in HPC’ and ensuring it has ‘independent access to this technology,’ as [the then EC digital] commissioner Neelie Kroes put it in 2012,” Jean Gonnord, computer simulation and IT projects director at CEA, added.

“This joint project is not only a research effort, it brings significant support for the European HPC industry in fulfilling the Commission’s ultimate objective: getting a fair share of the global market,” he added.

“We absolute need to better position Europe with respect to the US and China,” BSC’s Subirada added.

European Union countries account for around 30 percent of all HPC sales globally, but its vendors only have five percent of worldwide market share between them.

“This can’t be attributed to either the quality or productivity of our industry, but to the protectionism and massive subsidies provided by three major leaders in the field: the US, China, and Japan. The goal for our industry is therefore a long-term target of 30 percent,” CEA’s Gonnord said.

BSC and CEA, which design and operate systems including the Partnership for Advanced computing in Europe (PRACE) tier-0 supercomputers, will work with different partners to strengthen the HPC sector in line with the EC vision, according to Gonnord.

He also envisages the pair taking various other steps to stimulate HPC in Europe, and forging a closer relationship with HPC suppliers, encouraging the creation of new startups, and giving support to those already up and running.

Both organisations are considering using European Commission instruments such as PPIs (Public Procurement of Innovative Solutions) – a way to speed up the commercialization of fledgling products by creating early demand – to deploy new HPC systems in the European scientific community. “It is likely that the instrument will be used here. In the current context, with the associated HPC PPP [public private partnership], it makes sense,” Gonnord said.

As well as agreeing joint R&D programs and using their respective capabilities to develop relevant technology as part of the new deal, the two organisations will also be working on several projects they have been developing together under the EU Horizon 2020 program.

When it comes to ransomware, you don't always get … END_OF_DOCUMENT_TOKEN_TO_BE_REPLACED

Peyton Carr is a financial advisor to founders, … END_OF_DOCUMENT_TOKEN_TO_BE_REPLACED