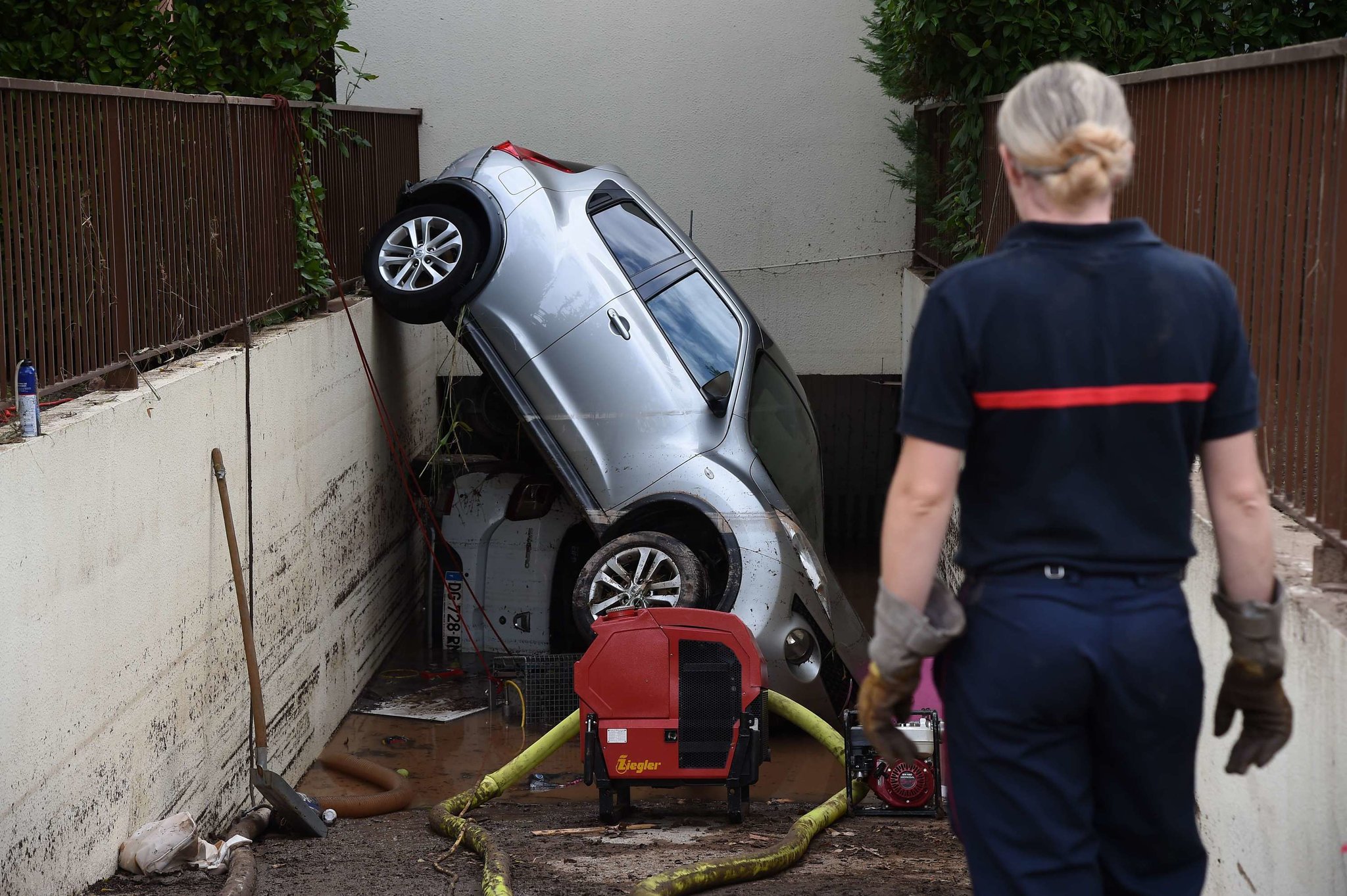 Emergency workers and volunteers continued cleanup work in southeastern France on Monday after flash floods killed at least 19 people and wreaked havoc along a 20-mile stretch of the French Riviera over the weekend.

Torrential rains hammered a stretch of the Alpes-Maritimes between the cities of Cannes and Nice on Saturday night, causing rivers and streams to overflow and unleashing waves of water and mud that overturned cars, devastated campsites and rushed into homes and businesses.

While heavy rain had been expected, prompting warnings from the national weather forecaster, the speed and violence of the downpour were not. The Interior Ministry said that seven inches of rain had fallen in just three hours in Cannes, a city better known for its sun, palm trees and glamorous film festival.

Eight people were killed in the town of Mandelieu-la-Napoule, including seven who were trapped by a sudden water swell in an underground parking lot. Others were found dead in Antibes, Cannes and Vallauris Golfe-Juan, according to the authorities.

Pictures and footage on French news and social media showed flooded garages, debris strewn across mud-caked roads and piles of abandoned cars. In some areas, the water ripped pavement and asphalt from the ground. A soccer game at the Allianz Riviera stadium in Nice was also interrupted.

“We have been through a tragedy here in the Alpes-Maritimes,” Mr. Hollande said during the visit. He announced that the government would declare a state of emergency for the area and would unblock funds to help with the recovery.

Rute Sbouai, a 58 year-old primary school teacher who lives in Biot, said in a telephone interview on Monday that it rained most of Saturday afternoon and that the downpour worsened in the evening.

“All of a sudden, the water was overflowing from everywhere,” she said. “All I could hear was the sound of the rain, of the river, and of the thunder.” While Ms. Sbouai said that her own home, on higher ground, was not severely damaged, she said that the scenes in town were “apocalyptic.”

“There were trees and cars in the middle of the road, everything that the river had swept away overnight,” Ms. Sbouai said. “I couldn’t believe my eyes. You think you know these images because you’ve seen them on television, but when you have them right in front of you, it’s horrible.”

Dozens of cars and guardrails had piled up in one garden, and a local glassworks factory was heavily damaged, Ms. Sbouai added.

The Alpes-Maritimes prefecture said on Monday morning that over 9,000 homes were still without electricity and that some roads were still blocked. The Cannes train station was evacuated on Saturday night, and traffic between Toulon and Nice was still heavily disrupted on Monday, according to the S.N.C.F., France’s national railway company.

Flooding in the region has increased in recent years, with critics blaming unchecked urbanization and construction for preventing the natural runoff of rain water.

When it comes to ransomware, you don't always get … END_OF_DOCUMENT_TOKEN_TO_BE_REPLACED

Peyton Carr is a financial advisor to founders, … END_OF_DOCUMENT_TOKEN_TO_BE_REPLACED