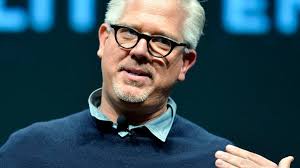 Glenn Beck will soon meet with Mark Zuckerberg to discuss the recent controversy over the social network’s “Trending Topics” section. Facebook’s chief executive previously said he would invite conservative leaders to the company’s headquarters to discuss the issue.

That meeting is slated to take place Wednesday, Beck said in a Facebook post on Sunday. The talkshow host said that Zuckerberg’s office invited him to participate in a meeting, along with a handful of others.

Noting that his name was explicitly mentioned in last week’s report on Gizmodo, which sparked the controversy, Beck said he was interested in speaking to Zuckerberg about the issue directly.

“It would be interesting to look him in the eye as he explains and a win for all voices if we can come to a place of real trust with this powerful tool,” Beck wrote.

“The question that needs to be answered Wednesday is: Will Mark see this as an opportunity to free all points of view but at the same time unify America and the world.”

It’s not clear who else will attend the meeting, but Beck said he expected there would be between eight and 10 participants, in addition to Zuckerberg. He said he hoped Carly Fiorina would also attend, though it’s not clear if she was also invited to the meeting.

Facebook has come under fire for its Trending Topics section, which highlights news stories that are being discussed on the platform, after reports that the section’s editors may have suppressed conservative news outlets. Zuckerberg and other executives have denied any wrongdoing, but Facebook’s CEO pledged to meet with prominent conservatives last week to “share their points of view.”

When it comes to ransomware, you don't always get … END_OF_DOCUMENT_TOKEN_TO_BE_REPLACED

Peyton Carr is a financial advisor to founders, … END_OF_DOCUMENT_TOKEN_TO_BE_REPLACED