You are here: Home / Entertainment / Here’s How the Scooby Doo Crew Would’ve Dressed Through the 20th Century 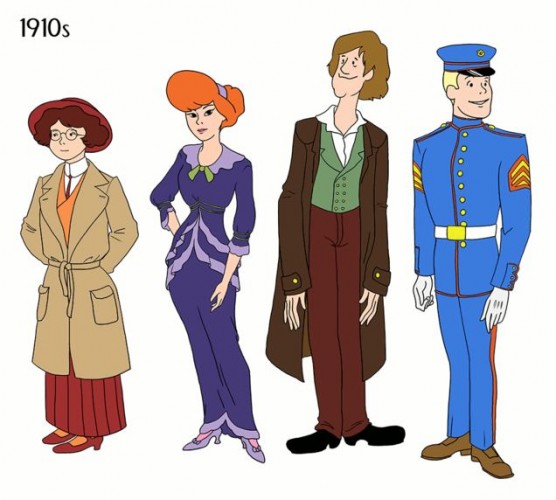 In her delightfully titled Scooby Doo, When Are You?” series, artist Julia Wytrazek has perfectly imagined what Velma, Daphne, Shaggy, and Fred would have worn from 1910 through to the ’90s. I might be biased, but I like Velma’s looks the best.

On her Behance page, Wytrazek explains how the show’s own reinventions over the years inspired her:

In this project I explored the fashions of the 20th century through the characters from the show Scooby Doo. I thought it was interesting how all the characters got slight tweaks and updates to their designs since 1969, and set out to imagine how they’d look in every decade of the 20th century. All the illustrations merge the original personalities of the characters with appropriate fashion trends, and stick with the familiar colour schemes.

You can see more of her work there or on her tumblr.

When it comes to ransomware, you don't always get … END_OF_DOCUMENT_TOKEN_TO_BE_REPLACED

Peyton Carr is a financial advisor to founders, … END_OF_DOCUMENT_TOKEN_TO_BE_REPLACED