You are here: Home / Technology / Improve Your Sleep and Your Mood with Withings New ‘Spotified’ Aura Alarm Clock 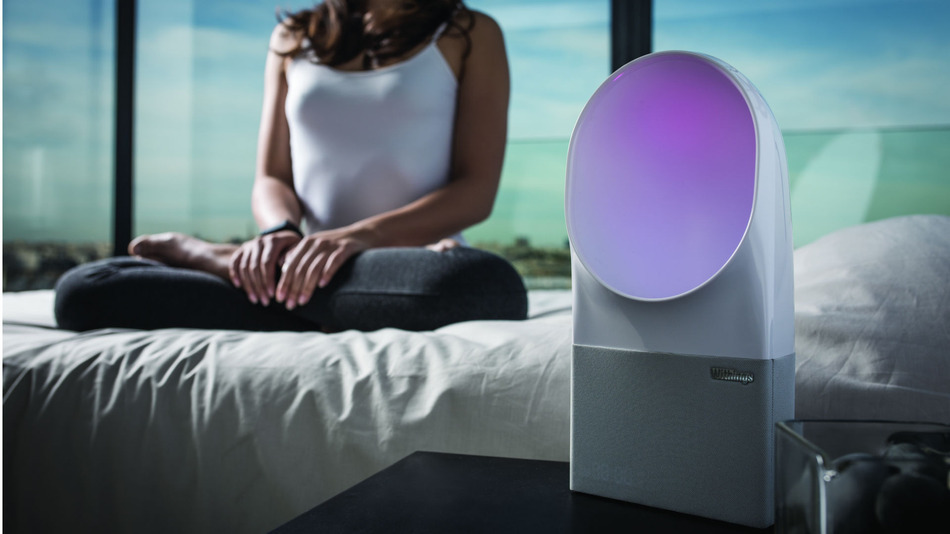 French connected-gadgets maker Withings already has a device that improves your sleep; now, it wants to help you wake up as well. The Withings Aura Connected Alarm Clock, launched during the IFA show in Berlin, lets you wake up with any of the 30+ million songs in Spotify’s catalog.

The Clock is essentially a pared-down version of Withings’ Aura Total Sleep System (formerly known just as Aura) — it does not have the sleep monitoring sensor, but it does have the device’s main unit, a light and sound-emitting periscope-like gadget that both soothes you to sleep and wakes you up.

It does that by monitoring your sleep environment — noises and light — automatically adjusting light levels and playing custom sounds, including songs from Spotify. You’ll be able to create your own Spotify playlist, but you can also let the Connected Alarm Clock choose songs based on your musical taste or even impact on your sleep.

The price for the Aura Total Sleep System — that is, both the clock and the sensor — is $299.95, while the standalone Aura Connected Alarm Clock costs $189.95. Should you want to purchase only the sensor, a pad that’s tucked beneath your mattress, you’ll have to pay $129.95. Oh, and if you want to take advantage of the Spotify side of things, you’ll have to dish out a monthly $9.99 for the Spotify Premium Membership.

Withings also announced both devices are now supported on Android as well as iOS.

When it comes to ransomware, you don't always get … END_OF_DOCUMENT_TOKEN_TO_BE_REPLACED

Peyton Carr is a financial advisor to founders, … END_OF_DOCUMENT_TOKEN_TO_BE_REPLACED