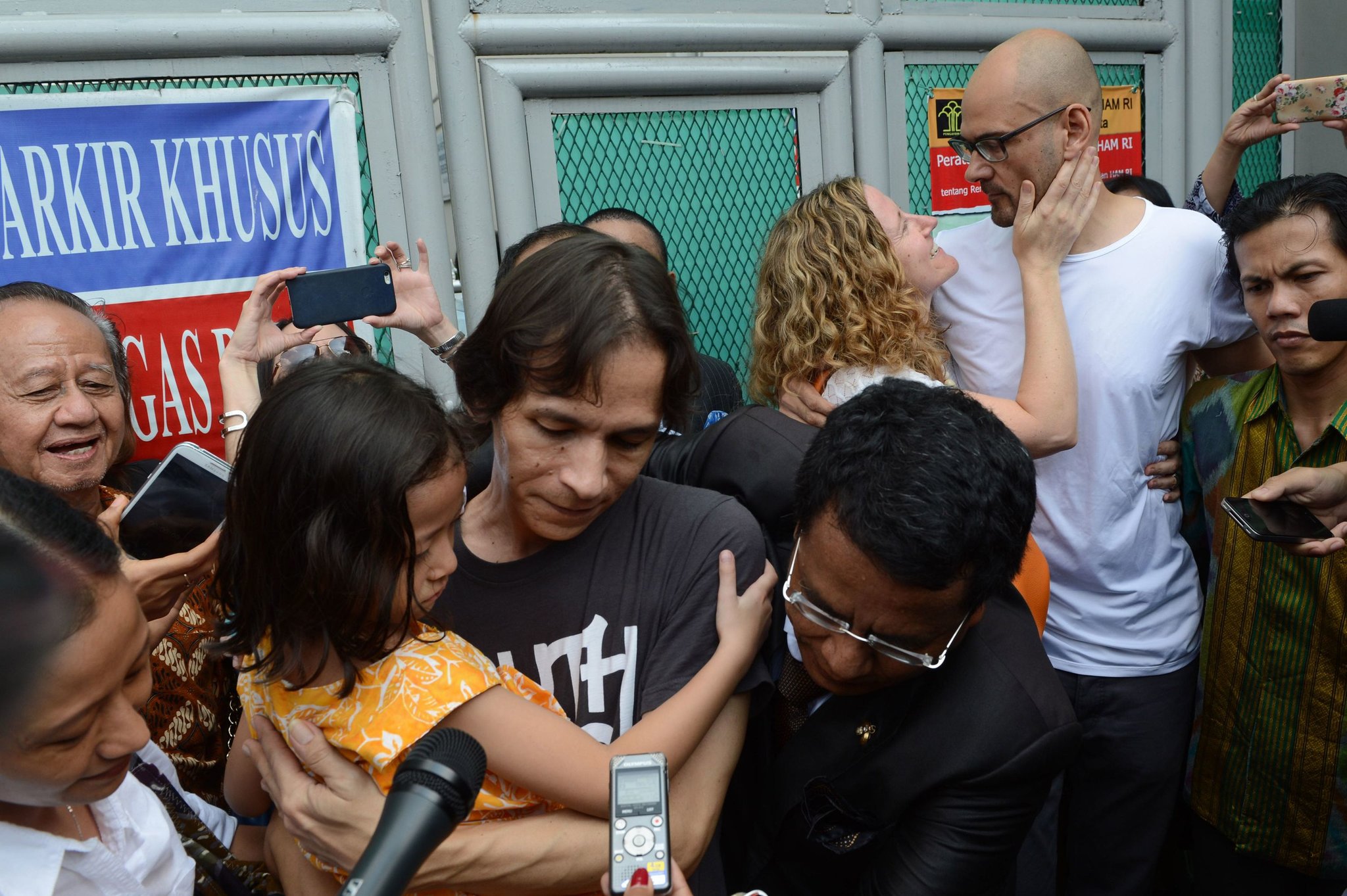 Two educators at a prestigious international school in Indonesia were freed from prison on Friday after an appeals court overturned their convictions and 10-year prison sentences on charges of sexually assaulting kindergartners, in a case that the school said was fabricated and that led to international concern about the competence of the country’s judicial system.

“We are relieved and grateful that justice can finally prevail,” one of the pair, Ferdinand Tjiong, told reporters as he and the other, Neil Bantleman, were mobbed by a throng of journalists and supporters after walking through the gates of Cipinang Penitentiary in Jakarta, the Indonesian capital.

“This should be a lesson to all of us that we should keep fighting for justice and the innocent,” Mr. Tjiong said.

A lower court, the South Jakarta District Court, had convicted the two in April of sexually assaulting three boys in the school’s kindergarten program. Both men have vehemently asserted their innocence, as have five Indonesian janitors convicted of raping students at the school, who remain in prison.

“The judges said that the decision of the district court was totally wrong,” Mr. Hutapea said Friday, referring to the appeals court’s ruling. “They said there was no legal consideration at all of the facts and there was no evidence. It was totally baseless.”

Mr. Hutapea said he did not know whether prosecutors would appeal the ruling. Attempts to reach a spokesman for the attorney general’s office were not immediately successful.

The allegations of sexual abuse at the school, surfaced in 2014 and sent shock waves through Jakarta’s expatriate community, highlighting concerns about the competence and impartiality of Indonesia’s judicial system.

The five janitors at the school were convicted in December. They say they were tortured into confessing. The Jakarta High Court rejected their appeal; their case is now before the country’s Supreme Court. A sixth janitor who had been accused in the case committed suicide soon after his arrest.

On Monday, a separate panel of judges at the South Jakarta District Court dismissed a $125 million lawsuit against the school filed by the parents of a former student, who claimed that their child, then 6, had been sexually assaulted by both educators and janitors. That boy was one of the three named as victims in the criminal case against Mr. Bantleman and Mr. Tjiong, who have been behind bars since they were arrested in July 2014.

Relatives of the boys asserted that the two men, along with the school’s principal, had drugged and raped the boys and other students in the school’s administrative offices, and that they had videotaped the assaults. No such videotapes were ever found, and the Indonesian police did not question any of the school employees who were posted in the administrative offices, which the school says are full of staff members and students throughout the day.

The school has asserted throughout the case that the accusations were false. Students from more than 60 countries, including the children of Western diplomats and wealthy Indonesians, attend the school.

Last month, the educators and school won a defamation lawsuit in a court in Singapore against the mother of a second kindergarten boy who had also accused school staff members of sexual assault in emails and text messages sent to other parents.

The woman, who was in Jakarta on Friday when the High Court ruling become public, reacted angrily to the decision. She said prosecutors did not use a separate medical report from an examination on her son conducted in Singapore.

“I’m furious,” she said. “They may be quiet for two years, but there will be thousands more children in danger.”

When it comes to ransomware, you don't always get … END_OF_DOCUMENT_TOKEN_TO_BE_REPLACED

Peyton Carr is a financial advisor to founders, … END_OF_DOCUMENT_TOKEN_TO_BE_REPLACED