You are here: Home / World / Iran Decides to Have Panel Study Nuclear Deal Before Voting 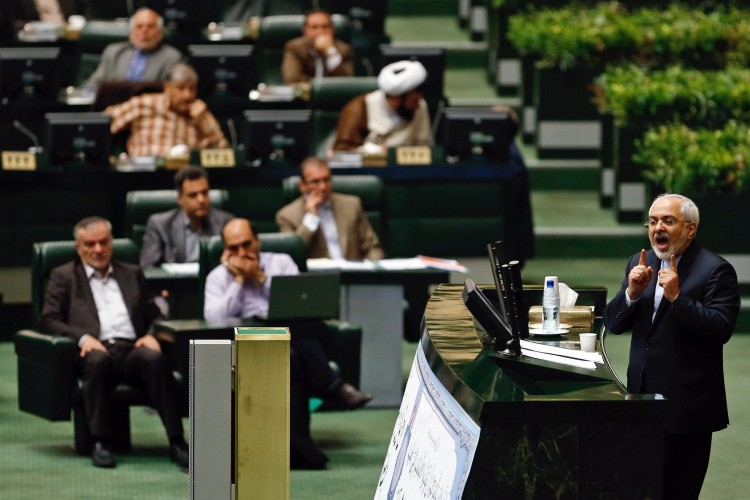 The Iranian Parliament will wait at least 80 days before voting on a nuclear agreement reached last week with world powers, as legislators decided on Tuesday to form a committee to study the accord, state radio reported.

The legislators have effectively opted to withhold their judgment until they know whether the American Congress approves of the deal, analysts said, as a way to avoid losing face if the agreement is rejected in the United States.

The United Nations Security Council unanimously approved a resolution on Monday that creates the basis for international economic sanctions against Iran to be lifted. Congress has 60 days to review the nuclear agreement with Iran, which was struck in Vienna on July 14, and it will be at least 90 days before the United Nations resolution officially takes effect.

The Iranian Constitution gives Parliament the right to cancel the deal, although that seems unlikely given the country’s leadership closing ranks on the agreement.

The foreign minister, Mohammad Javad Zarif, and the head of the Atomic Energy Organization of Iran, Ali Akbar Salehi, defended the deal in Parliament, where they answered preselected questions that mostly covered technical details of the agreement.

“For 12 years, great powers have tried to prevent an Iranian nuclear program,” Mr. Zarif said. “But today they should tolerate thousands of centrifuges spinning, plus the continuation of research and development. This shows our power.”

Mr. Salehi, a former foreign minister, contradicted previous statements saying that Iran would never have been able to independently gather enough fuel to power its only nuclear plant, in Bushehr. Iran will continue to buy fuel from Russia.

He also said that even if Iran were to build more centrifuges, they would be from an older and more inefficient design. He and other Iranian officials had emphasized in recent years that the country was ready to upgrade all its centrifuges.

Mr. Salehi sought to put a positive spin on plans to redesign and rebuild the Arak heavy-water reactor so that it will not produce weapons-grade plutonium, a huge Iranian concession in the nuclear talks, and to sell its remaining heavy water. He pointed out that Iran was not the only developing country selling heavy water, and that it was in Tehran’s best financial interest to leave that to others.

Iran’s nuclear program was never profitable, Mr. Salehi said. “We made many decisions to advance national interests,” he said. “We did not pay attention to costs and benefits.”

When it comes to ransomware, you don't always get … END_OF_DOCUMENT_TOKEN_TO_BE_REPLACED

Peyton Carr is a financial advisor to founders, … END_OF_DOCUMENT_TOKEN_TO_BE_REPLACED