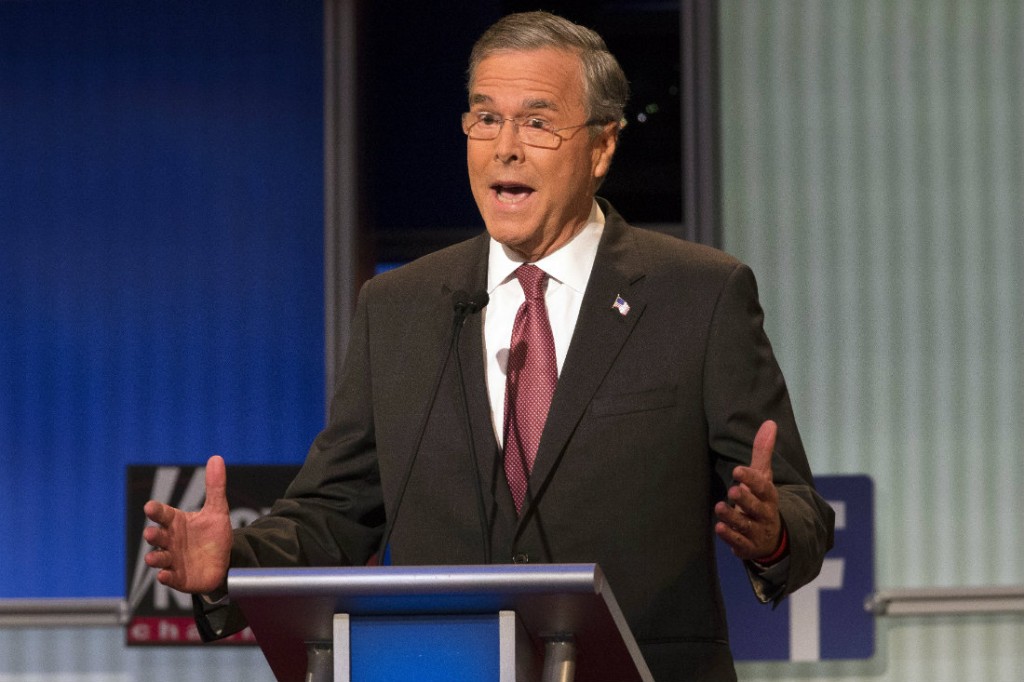 Cline has said he believes humanity benefits more from cheap energy than from overreacting to carbon emissions and sea level rise, according to a 2010 Bloomberg Markets profile. According to the piece, “Cline says he was so annoyed when his children’s teachers in Palm Beach, Florida, aired Al Gore’s film An Inconvenient Truth that he asked them to distribute literature that showed that climate change may be caused by clusters of sunspots or the Earth wobbling on its axis, not just carbon.”

On June 1, the Washington Post reported that Bush attended a “closed door conference in Bristol, Virginia” with an array of coal company CEOs. A spokesperson for Bush was quoted in praising the coal titans as people “who are trying to grow the economy and create jobs, something being made more difficult by the excessive regulations and repressive policies of the Obama administration.” Cline was not one of the six CEOs reported to have organized the event.

Two weeks later, Bush told a New Hampshire town hall that he was “a little skeptical” of Pope Francis’ call for action to combat global climate change. “The climate is changing, whether men are doing it or not,” he told the audience.

Indeed, Jeb Bush has been all over the map on climate change. In 2009, he told Esquire he was skeptical that climate change was human-caused and “not a scientist.” In May, he opined: “I don’t think the science is clear on what percentage is man-made and what percentage is natural. It’s convoluted … And for the people to say the science is decided on this is just really arrogant, to be honest with you. It’s this intellectual arrogance that now you can’t have a conversation about it even.”

Bush has been consistent, though, in opposing government regulations to address the problem.

Cline, whose future profits depend heavily on the ability of the coal industry to avoid carbon emissions regulations like those announced Monday by the Obama administration, gave the camouflaged $1 million donation to Right to Rise on June 29. A day later, Bloomberg BNA quoted Bush as decrying the EPA’s Clean Power Plan as “irresponsible and ineffective.” According to a White House fact sheet, those rules will “avoid up to 3,600 premature deaths, lead to 90,000 fewer asthma attacks in children, and prevent 300,000 missed work and school days.”

Though federal law prohibits any coordination between federal candidates’ campaigns and “independent” super PACs, watchdog groups filed a complaint with the Department of Justice in May, alleging that Right to Rise USA and Bush’s team “are engaged in a scheme to allow unlimited contributions to be spent directly on behalf of the Bush campaign and thereby violate the candidate contribution limits enacted to prevent corruption and the appearance of corruption.” The Bush campaign has denied these allegations.

When it comes to ransomware, you don't always get … END_OF_DOCUMENT_TOKEN_TO_BE_REPLACED

Peyton Carr is a financial advisor to founders, … END_OF_DOCUMENT_TOKEN_TO_BE_REPLACED