You are here: Home / Featured / Las Vegas Mourns A Day That Wasn’t Supposed To Happen 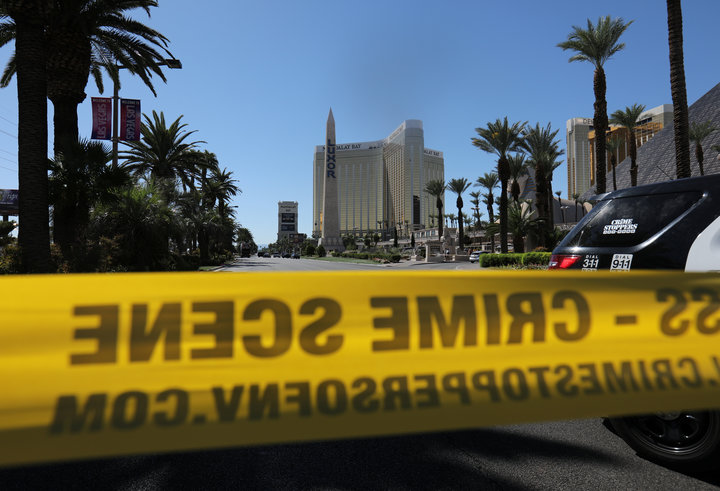 LAS VEGAS ― Hundreds of people gathered Monday evening in vigils to mourn dozens of people who were brutally murdered the day before, on what was supposed to be a festive weekend night on the iconic Las Vegas Strip.

About 22,000 people had been listening to American country star Jason Aldean at the Route 91 Harvest Festival on Sunday night, when 64-year-old Stephen Craig Paddock opened fire from his hotel room on the 32nd floor of the Mandalay Bay Hotel. In a spate of 10 to 15 minutes, Paddock killed at least 59 people from all walks of life.

In front of City Hall, Las Vegas residents on Monday lit 59 candles and sang songs of solidarity and resilience. About an hour later on the Strip, hundreds of people brought candles and shared their thoughts.

“Everybody in this community has been so touched by the loss of these lives and the horror of the mentally sick, horrible human being who has taken into his hands devastation and imprinted in our minds forever a day that really doesn’t belong in our fabulous, beautiful city,” Las Vegas Mayor Carolyn Goodman said at City Hall. “We know that we have the resilience to move forward.”

It remains unclear what motivated Paddock to haul up to 20 guns, including AR-15-style and AK-47-style rifles, to the Mandalay Bay hotel room. According to his family members, the well-off retired accountant had “no religious affiliation, no political affiliation,” and no history of mental illness. “We are completely dumbfounded,” his brother Eric Paddock told the Orlando Sentinel. “We can’t understand what happened.”


On Sunday night, as Paddock rained down bullets on the crowd below him, and hordes of panicked fans rushed to flee the scene, SWAT team members evacuated guests from the gunman’s floor and stormed his room. He died of an apparent self-inflicted wound.

Survivors described the chaos of attempting to hide from gunfire in an open field, not knowing which direction the shots were coming from or if there were multiple shooters.

Brent Poppen of Paso Robles, California said he heard “two pops, the stage went dark for just a few seconds … then within seconds that’s when you hear the machine gun fire. That’s what caused everybody to have a kind of moment of “uh-oh.” The world paused for a minute, what felt like a minute. And then it was from that point it was just mass hysteria.”

“I had no idea or even thought for a second that gunman was up in his hotel room, shooting at us as we were sitting ducks in that wide open space with nowhere to hide,” said Brandi Klemme Quan, who traveled from Rossmoor, California to attend the concert.

“I just remember the faces of the people who were lying there lifeless,” said Shauna Vasquez. “It was horrible.” 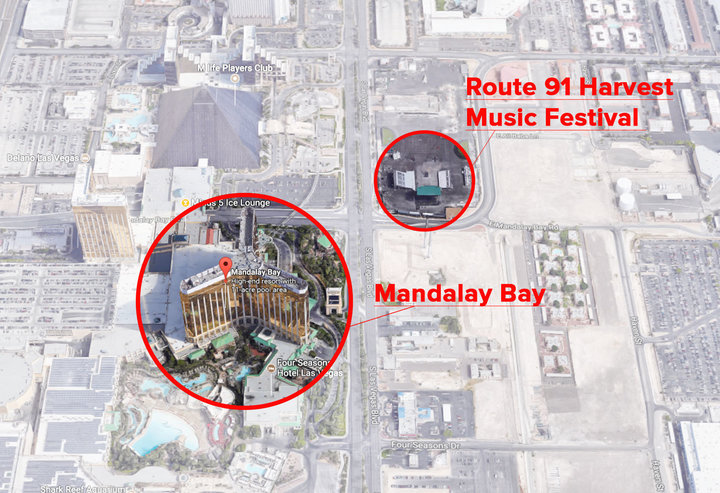 Among those who didn’t escape the bullets was Sonny Melton, a 29-year-old registered nurse from Paris, Tennessee, who died while protecting his wife. “He grabbed me from behind and started running when I felt him get shot in the back,” Dr. Healther Gulish Melton told USA Today.

Denise Burditus of Martinsburg, West Virginia, died in the arms of her husband Tony. “It saddens me to say that I lost my wife of 32 years, a mother of two, soon to be grandmother of five this evening in the Las Vegas shooting,” he wrote.

Police estimated it would take some time to identify all those killed or injured in the attack. Officials, meanwhile, set up a hotline to help families find their loved ones.

Hours after Sunday’s tragedy, the Mandalay Bay casino was largely quiet, betraying few signs of the horrors that went on the night before.

Amid a heavy security presence, friendly dealers and staff were working hard to offset the tense atmosphere and stood ready for gamblers to resume their usual activities.

Bars on the main casino floor served drinks to those still hoping to gamble and occasional applause and cheering trickled out from the casino floor.

Outside on the Las Vegas Strip, a thinner than usual crowd of tourists strolled the walkways, shops and hotels. Life in Las Vegas carried on.

As the city came to terms with the scope of the attack on Monday, first responders and local residents pulled together to help the victims and their families.

Five Las Vegas hospitals treated hundreds of victims Sunday night and into Monday, calling in hundreds of additional medical staff to help the influx of trauma victims. At least one survivor of the attack returned to the scene with her truck to help transport victims to the hospital.

“We realized there were people everywhere that needed help and on stretchers,” she told ABC News. “People saw that we had a truck, so we said, ‘Fine, yeah,’ and started to pack everyone in.”

Lines formed early in the morning at blood donation centers across the city, with some queues stretching for blocks.

At University Medical Center, volunteers handed out food and water to the dozens in line to donate blood. At one point, would-be donors formed a spontaneous prayer circle, holding hands and praying for the victims and their families. 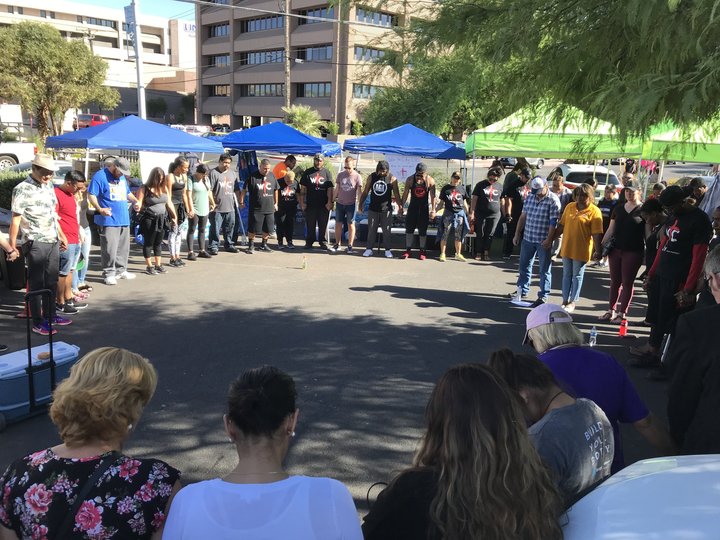 Hospital staff said over 300 people had signed up to give blood Monday, hitting the hospital’s capacity.

Members of local motorcycle community collected water, soda and ice for those attending the vigil on the Vegas Strip.

On the north end of the iconic boulevard, just beyond Encore casino, some mourners gathered at Guardian Angel Cathedral Monday evening for an interfaith service. Revelers sang, and spoke of strength and resilience. They sounded a gong 59 times, once for each victim of the attack.

When it comes to ransomware, you don't always get … END_OF_DOCUMENT_TOKEN_TO_BE_REPLACED

Peyton Carr is a financial advisor to founders, … END_OF_DOCUMENT_TOKEN_TO_BE_REPLACED