You are here: Home / World / Life on Mars May Not Be Science Fiction Based on Recent Discovery 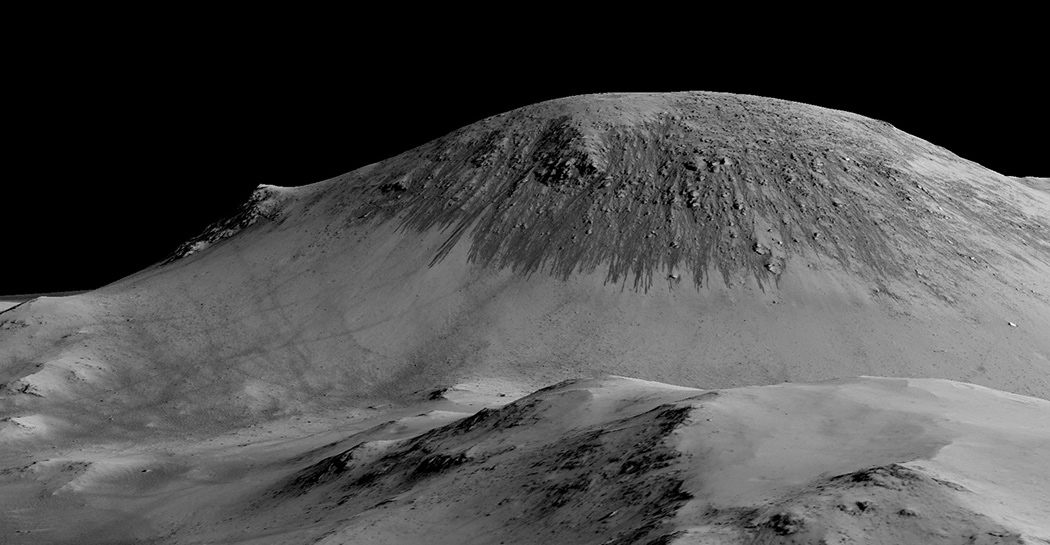 That’s right, Mars is not just a dusty old planet anymore. Scientists reported signs of liquid water on the surface of Mars. This discovery also implies the existing water on the planet’s surface may produce a viable environment for life (even if it is only microbes).

“The existence of liquid water, even if it is super salty briny water, gives the possibility that if there’s life on Mars, that we have a way to describe how it might survive,” said John Grunsfeld, associate administrator for the Science Mission Directorate at NASA.

This news is timely considering the upcoming movie Martian is about to hit theaters, making the thought of surviving on the Red Planet more plausible. 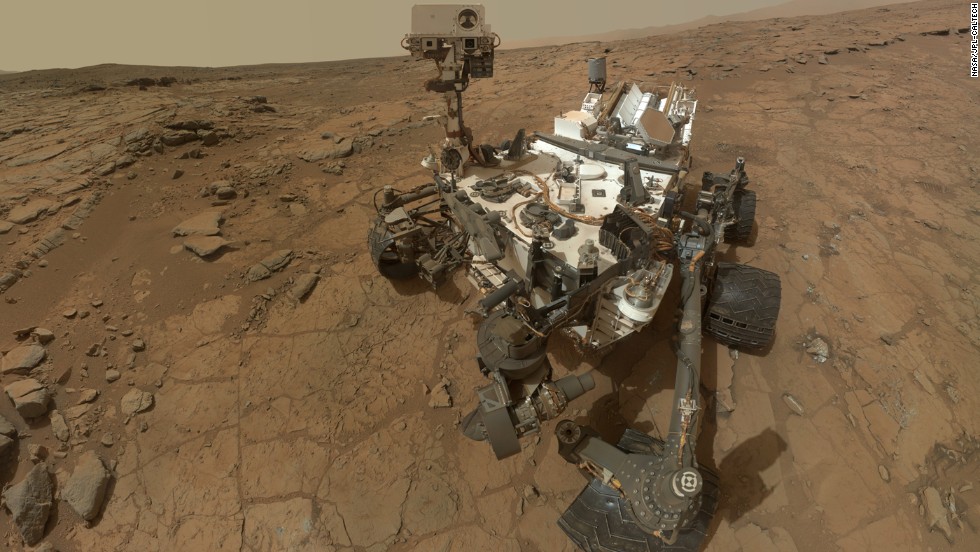 Researchers used an imager aboard the Mars Reconnaissance Orbiter to confirm the watery flows by looking at light waves returned from seasonal dark streaks on the surface of the planet, which they have long suspected was associated to water.

The results show streaks absorb light at specific wavelengths that are associated to chemicals known to pull water from the Martian atmosphere in a process called deliquescence. According to researchers, these chemicals help maintain the water as a liquid at lower temperatures and prevent it from boiling off into the planet’s thin atmosphere.

This is all exciting news in the scientific community – liquid water on Mars. “That’s a direct detection of water in the form of hydration of salts,” said Alfred S. McEwen, a professor of planetary geology at the University of Arizona, the principal investigator of images from a high-resolution camera on NASA’s Mars Reconnaissance Orbiter and one of the authors of the new paper. “There pretty much has to have been liquid water recently present to produce the hydrated salt … days, something of that order.”

Even so, scientists are still faced with many mysteries. The biggest puzzle is now figuring out where the water is coming from.

“There are two basic origins for the water, from above or from below,” Dr. McEwen said. It is slightly possible the perchlorates (salts) are acting like a sponge and soaking up the moisture from the sir, but there is supposedly low measurements of humidity on the planet’s surface.

While unlikely, this cannot be discounted because the lower part of the atmosphere might turn out to be more humid than currently thought. “We have very poor measurements of relative humidity near the surface,” Dr. McEwen said.

Of course, the second most likely explaination is the possibility of underground aquifers that are frozen during the winter and then melt in the summer months, spilling out onto the surface of Mars.

Because water is one of the essential elements for life, it is believed that this can then provide the necessary habitability for Martians of the microbial kind.

“We haven’t been able to answer the question, ‘Does life exist beyond Earth?'” said Jim Green, director of planetary science at NASA. “But following the water is a critical element of that. We now have, I think, a great opportunity to be in the right locations on Mars to thoroughly investigate that.”

When it comes to ransomware, you don't always get … END_OF_DOCUMENT_TOKEN_TO_BE_REPLACED

Peyton Carr is a financial advisor to founders, … END_OF_DOCUMENT_TOKEN_TO_BE_REPLACED