You are here: Home / Entertainment / Luke Perry Gives Back, an Inspiration for Generosity 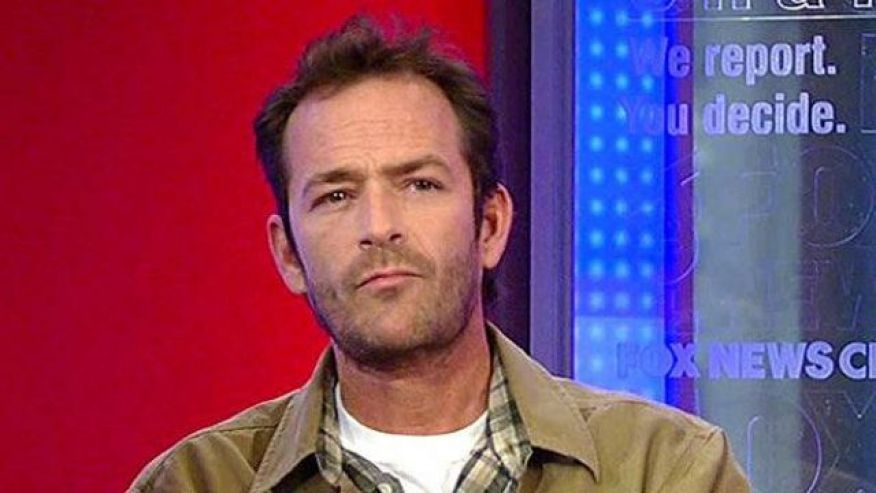 Is it time to say, it’s about time, when it comes to the farewell of reminiscing over the show 90210? Some cast members seem to think so. Luke Perry has definitely closed the door on Beverly Hills 90210. “[It’s like] third grade,” he says.  “How much does that matter to you right now? It’s just not relevant to anything I am doing anymore.”

The former teen heartthrob is 15 years removed from the Aaron Spelling drama — and the peak of his acting career. At 48, Perry would rather talk about the plight of homeless people than a love triangle between Dylan, Brandon and Kelly.

And don’t bother asking — he will not be watching Lifetime’s unauthorized biopic, due in October. “I don’t even watch my own actual self on TV,” he groans.  “Why would I watch [that]?”

A divorced father of two, Perry has unwittingly become the face of UP— a family friendly cable network with strong Christian roots.

He will appear in three episodes of the network’s original drama Ties That Bind (as a jailed father of two teenagers).

Perry will also executive produce and star in the made-for-TV movie Welcome Home, about a successful writer who returns from vacation to find a homeless family squatting in his house.

The project hits close to home, he tells FOX411: “I had times in my life where I was housing insecure and I didn’t have a place to stay and it was only through the generosity of other people that I was able to make it and to be okay.”

“There were times where my mother was a single parent [with] three kids.  It was never easy.  I know what it is like to be worried like that and to be the kid in school that doesn’t have the nice clothes and the new shoes.”

The father of two says he often stops to help out strangers who are down on their luck. “I was once getting off the freeway and there was a homeless lady who had a dog,” he remembers.

“An officer was giving her a problem because she didn’t have a license for the dog.  So I said, ‘Is it okay if I get a license and pay [for it]?’  I just want to do things that inspire people to get in there, take a little action, do a little something,” he reveals.

“If giving money is what you can do, do that.  If you can give them time, look them in the eye, talk to them like they are people…  When you do sit down and talk to the indigent population, that is the one thing that they really [love].”

When it comes to ransomware, you don't always get … END_OF_DOCUMENT_TOKEN_TO_BE_REPLACED

Peyton Carr is a financial advisor to founders, … END_OF_DOCUMENT_TOKEN_TO_BE_REPLACED