You are here: Home / Technology / MakerBot to Unveil Their 6th Generation 3D Printers At 2016 CES? 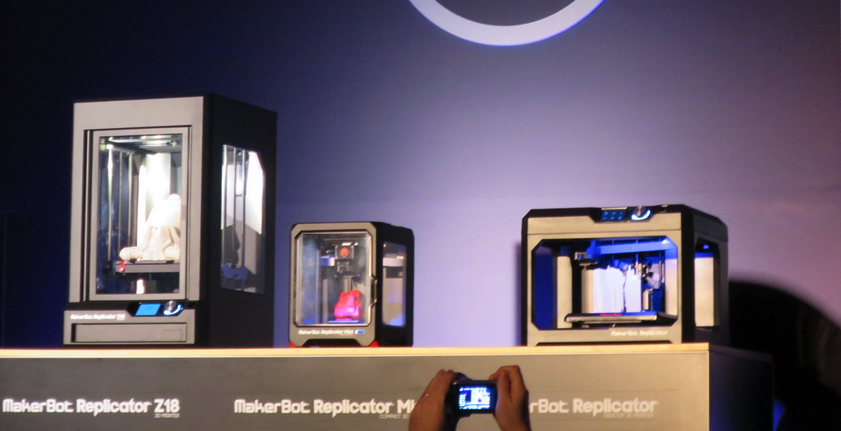 Ever since witnessing the unveiling of three new MakerBot 5th Generation machines at CES back in January of 2014, the tech community has been wondering what will come next. Although the obvious time for the company to announce a new version of their Replicator would have been at this year’s CES in January, the show has come and gone.

Here we find ourselves 20 months removed from that major announcement which sent waves through the 3D printing community, and still the company has remained mum on any possible future devices. In fact, since that announcement back in January 2014, right around the time when 3DPrint.com launched, MakerBot has had three different CEOs.

Clearly the company, a Stratasys subsidiary, has had their hands full with leadership changes, the layoff of over 20% of their workforce, internal company leaks, faulty extruders and even lawsuits. Now though, as CEO Jonathan Jaglom gets situated in the leadership role for the world’s largest desktop 3D printer manufacturer, it may be time to begin questioning once more when the next Replicator(s) will be unveiled.

Our friends over at Fabbaloo recently suggested that perhaps something was in the works, pointing to the fact that Jaglom has been on a month-long tour of the United States, meeting with some of the company’s larger customers as well as prospective customers, while obtaining a treasure trove of suggestions and feedback. One would think that such a tour could be a way for the new CEO to both get to know his customers better, while also obtaining some final thoughts on tweaks they could make on the next potential desktop machines.

That’s not all though. If you are subscribed to MakerBot’s newsletter than you would know that they have recently begun offering discounted hardware packages for their Z18 and their Replicator 5th Generation models. For instance they have bundled the Z18 3D Printer with the MakerBot Cart and two large spools of filament at a savings of $1,346. At the same time they have bundled the MakerBot Replicator 5th Generation machine with a MakerBot Smart Extruder and two large spools of filament for a savings of $271. Although these may not be really deep discounts, they are rather significant, and as Fabbaloo suggests, and we agree, such a sale could indicate that the company is looking to clear out their current stock in order to make room for newer 6th Generation machines.

While Fabbaloo suggests that perhaps the company will announce new hardware as early as next month, we aren’t quite buying that. On the other hand, a 2016 CES unveiling, like they had done in

2014, seems not only plausible but very likely. If Jaglom is only now making the rounds via his US tour, the information he acquires would not be able to be utilized in a new machine should the company announce such a machine next month. January of 2016, however, would provide MakerBot with plenty of time to assess their forthcoming product and make any additional changes prior to it being unveiled. There is no bigger stage than CES for a tech company to announce a new product, and after the media attention they garnered in 2014, they would have to be quite foolish to not take advantage of the forthcoming Show in Vegas at the start of next year. Since we find it hard to believe that the company would hold off until 2017 for any new product announcement, CES 2016 seems to be the obvious choice.

We will certainly be on hand in Vegas, whether there is a MakerBot announcement or not. What do you guys think? Is MakerBot preparing to unveil their next generation of 3D printers? Let us know your thoughts in the MakerBot 6th Generation forum thread on 3DPB.com.

When it comes to ransomware, you don't always get … END_OF_DOCUMENT_TOKEN_TO_BE_REPLACED

Peyton Carr is a financial advisor to founders, … END_OF_DOCUMENT_TOKEN_TO_BE_REPLACED