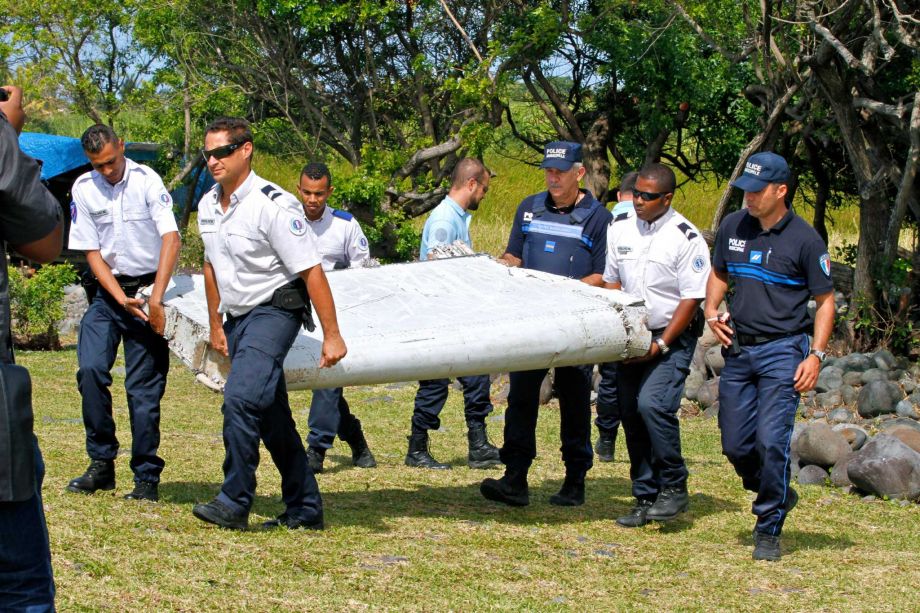 Malaysian officials said Sunday that they would seek help from territories near the island where a suspected piece of the missing Malaysia Airlines jet was discovered to try to find more plane debris.

Government officials will ask territories near the French island of Reunion in the western Indian Ocean to alert them if they find any debris that could be from a plane, said a transport ministry official who spoke on condition of anonymity because he was not authorized to speak to the media.

A wing flap suspected to be from the missing Malaysia Airlines Flight 370 was found Wednesday on Reunion. It arrived Saturday at a French military testing facility, where it will be analyzed by experts.

Air safety investigators, including one from Boeing, have identified the component as a flaperon from the trailing edge of a Boeing 777 wing, a U.S. official has said. Flight 370 is the only missing 777 and many are convinced the flap comes from the ill-fated jet.

Malaysia’s transport ministry confirmed Sunday that the flaperon has been identified as being from a 777, saying it had been verified by French authorities together with Boeing, the U.S. National Transportation Safety Board and a Malaysian team.

Experts will try to establish whether the part comes from Flight 370, which disappeared on March 8, 2014, while en route from Kuala Lumpur to Beijing with 239 people on board.

The experts are expected to start their inquiry on Wednesday. On Monday, an investigating judge will meet with Malaysian authorities and representatives of the French aviation investigative agency, known as the BEA.

Malaysian Transport Minister Liow Tiong Lai said in a statement Sunday that representatives from Malaysia, the U.S., China, France and Boeing would take part in the verification of the flaperon.

About two-thirds of those aboard Flight 370 were Chinese.

Liow said Malaysia’s Department of Civil Aviation was reaching out to authorities in territories near Reunion to allow experts “to conduct more substantive analysis should there be more debris coming on to land, providing us more clues to the missing aircraft.”

“I urge all parties to allow this crucial investigation process to take its course. I reiterate this is for the sake of the next of kin of the loved ones of MH370 who would be anxiously awaiting news and have suffered much over this time,” Liow said. “We will make an announcement once the verification process has been completed.”

When it comes to ransomware, you don't always get … END_OF_DOCUMENT_TOKEN_TO_BE_REPLACED

Peyton Carr is a financial advisor to founders, … END_OF_DOCUMENT_TOKEN_TO_BE_REPLACED