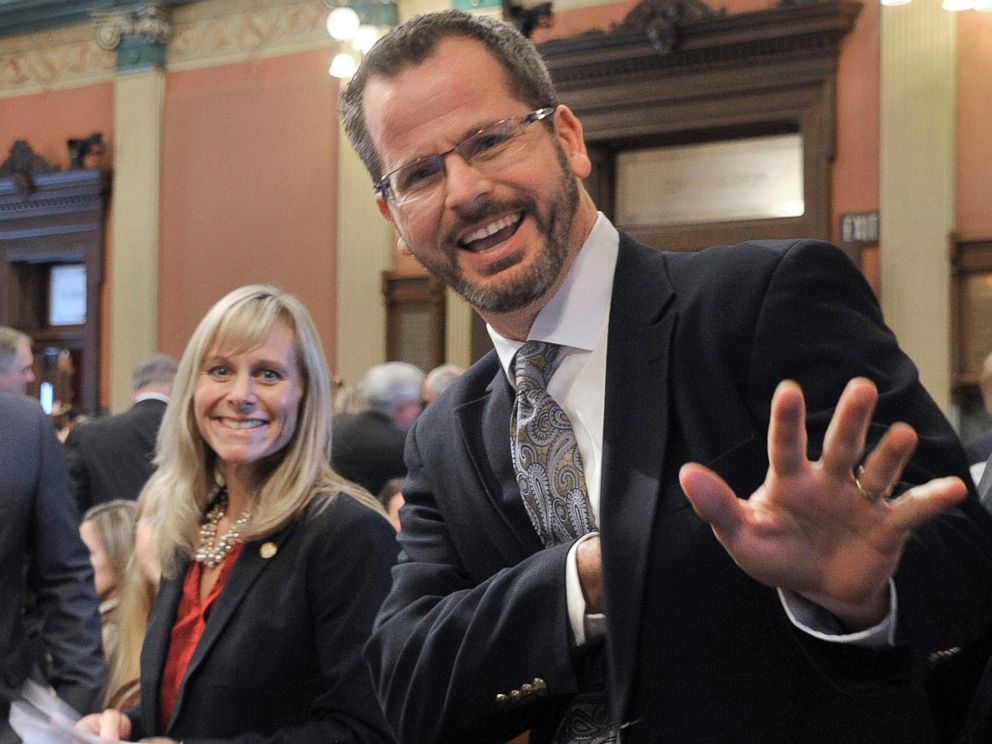 Michigan State Rep. Cindy Gamrat publicly apologized today, marking the first time she addressed the alleged cover-up related to her affair with fellow state Rep. Todd Courser. Courser is accused of trying to cover up his alleged affair with Gamrat by organizing the distribution of an untrue email saying he had sex with a male prostitute.

Through tears, and with her husband by her side, Gamrat apologized today at a news conference in Lansing, and said she takes full responsibility for her actions. Gamrat also said an open investigation will vindicate her.

Gamrat said she is not planning to resign at this time, although she has considered it.

Gamrat described her relationship with Courser now as “professional.”

Courser has previously said he sent the email to try to misdirect attention after he was blackmailed by someone threatening to expose his affair with Gamrat.

“It was over the top. It was wrong,” Courser said in an audio post on his campaign website on Aug. 10. The post also asked for forgiveness from his family, constituents, Gamrat and Gamrat’s family.

Courser refused to answer questions from a reporter with ABC affiliate WXYZ on Wednesday, the affiliate reported.

When it comes to ransomware, you don't always get … END_OF_DOCUMENT_TOKEN_TO_BE_REPLACED

Peyton Carr is a financial advisor to founders, … END_OF_DOCUMENT_TOKEN_TO_BE_REPLACED