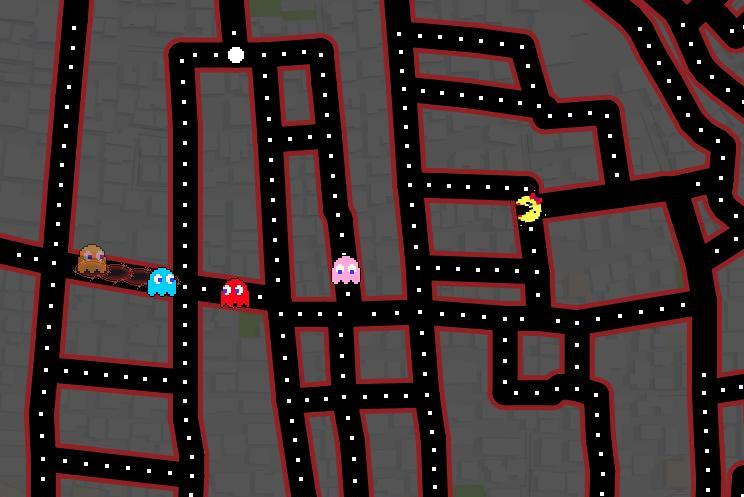 Google transformed its Maps application into a game of Ms. Pac-Man in honor of April Fool’s Day.

Google Maps users can open the app on their desktop or smartphone and tap an icon or click on a small window bearing the words “Insert Coin” to guide the bow-wearing, mouth-flapping heroine to collect dots around a map of their current location.

If the player’s current location doesn’t contain the proper geography or amount of roads to create a game area, the app selects a random location somewhere in the world.

Players are given five chances to eat up all the dots and fruit that appear on the map while avoiding the five enemy ghosts Blinky, Pinky, Inky, and Clyde.

Google released a similar Google Maps-based game in 2014 that had players collect creatures from the video game series Pokemon by tapping map locations around the world using the app.

When it comes to ransomware, you don't always get … END_OF_DOCUMENT_TOKEN_TO_BE_REPLACED

Peyton Carr is a financial advisor to founders, … END_OF_DOCUMENT_TOKEN_TO_BE_REPLACED