You are here: Home / Weather / Northwest Still on Roller Coaster 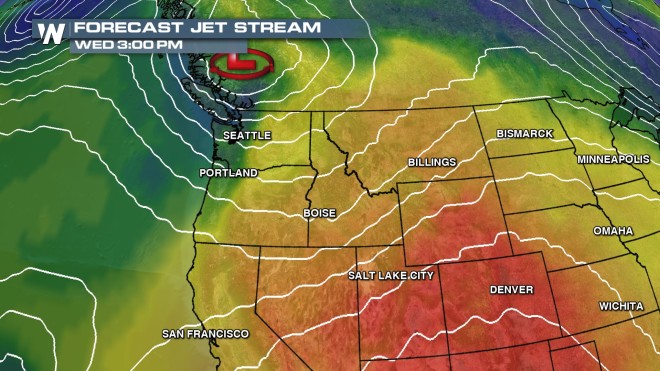 The Pacific Northwest has been on a major temperature roller coaster ride this summer. Much of Washington, Oregon and Idaho have set record highs one week, then record lows the next. For those in this part of the country, the roller coaster ride isn’t going to stop; at least not this week.

A system pulls in the Northwest from Alaska this week bringing cooler than normal air and will take the region’s high temperatures below average just days after record highs were common all across Washington, Oregon and Idaho. After this next system passes through, high temperatures on Wednesday will range from 77 in Seattle, Washington to 86 in Boise, Idaho. Far from the the blistering 90s and 100s that much of the region saw over the past five days.

There could be another storm that heads toward the Northwest by next weekend, so the region may not get back to record-breaking heat for a while. So maybe the region can finally get off the roller coaster and get back to some normal weather..

When it comes to ransomware, you don't always get … END_OF_DOCUMENT_TOKEN_TO_BE_REPLACED

Peyton Carr is a financial advisor to founders, … END_OF_DOCUMENT_TOKEN_TO_BE_REPLACED