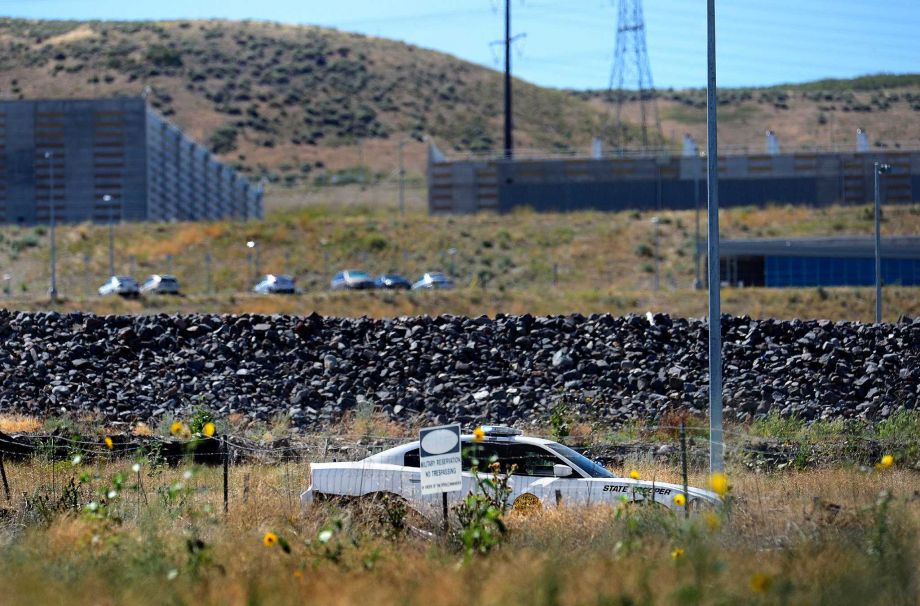 The National Security Agency has paid Utah more than $1 million over the past year and a half for state troopers to guard the entrance to the spy agency’s massive data center south of Salt Lake City, according to Utah Highway Patrol records.

From January 2014 through March of this year, the NSA has paid for state troopers to sit in their vehicles on roads outside the agency’s data storage warehouse in Bluffdale and ensure no one blocks traffic.

A group opposed to government surveillance has staged occasional protests outside the facility, but the NSA says the security contract was not prompted by any incident.

In addition to guarding the roads, the NSA payments have been used to cover the mileage on patrol cars and overtime rates of about $50 for the off-duty troopers. In total, NSA has paid the state more than $1.03 million, The Salt Lake Tribune (http://bit.ly/1gmSMTs ) reported.

The NSA said it “takes responsible measures to ensure the security of our workforce,” and works with local law enforcement to do so.

“NSA routinely partners with federal, state and local emergency responders at domestic locations,” the agency said in a statement. “For a variety of operational security reasons, NSA does not disclose the full range of these relationships.”

Col. Daniel Fuhr with the highway patrol said troopers do not perform any security inside the property. He said there is always at least one trooper posted outside the data center.

Fuhr said he’s never heard of anyone attempting to block traffic at the Utah Data Center, and said troopers have not made any arrests or citations for interfering with traffic.

According to Fuhr, “99 percent of it is visual deterrence.”

An anti-government surveillance group called Restore the Fourth — a reference to the 4th Amendment that prohibits unlawful search and seizure_has staged protests on the road outside the building. The group has also “adopted” a highway outside the building through a state transportation department program and will clean up trash along the roadway while carrying signs.

Lorina Potter, a representative for Restore the Fourth, said she’s never noticed troopers outside the building and was there most recently on July 4 to pick up trash.

She said she wasn’t sure why the agency is paying to station highway patrol troopers outside.

“I guess it’s a preventive measure for something that there’s never even been a hint of need for,” she said. “It’s like over-preparation.”

The center attracted much discussion and concern after revelations in 2013 that the NSA has been collecting millions of U.S. phone records and digital communications stored by major Internet providers.

Cybersecurity experts say the nondescript Utah facility is a giant storehouse for phone calls, emails and online records that have been secretly collected.

The NSA has said the facility would be operational in fall 2013, but it has declined to offer any status updates.

When it comes to ransomware, you don't always get … END_OF_DOCUMENT_TOKEN_TO_BE_REPLACED

Peyton Carr is a financial advisor to founders, … END_OF_DOCUMENT_TOKEN_TO_BE_REPLACED