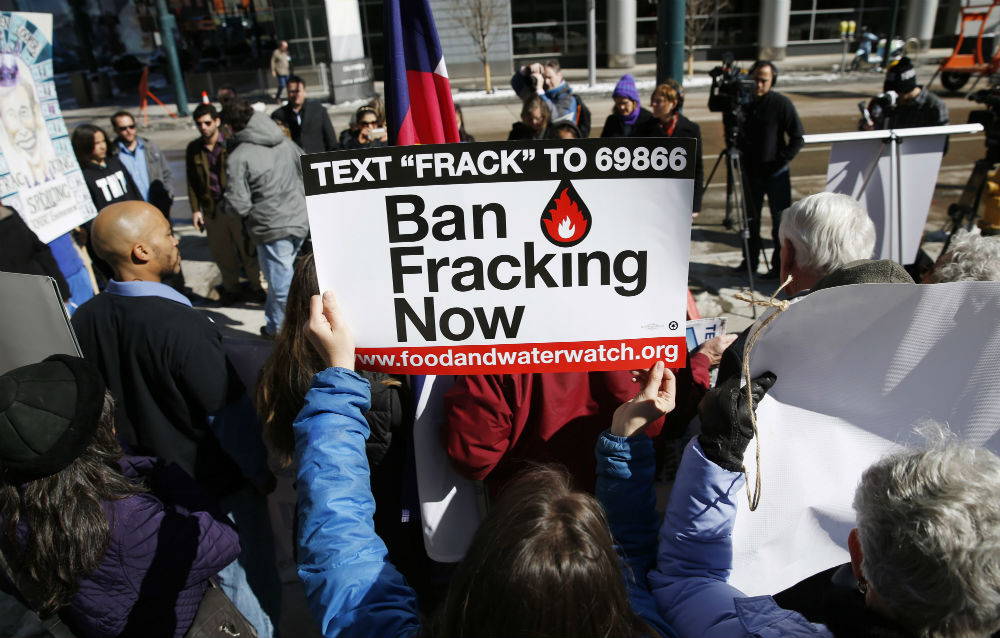 The Obama administration’s regulations targeting fracking on public lands suffered a setback Wednesday, when a federal judge issued an injunction against the rules. U.S. District Court of Wyoming Judge Scott Skavdahl ruled Wednesday that, until all lawsuits surrounding the rules are settled, the Interior Department can’t enforce its fracking regulations.

The regulations, which were finalized in March, prohibit open wastewater pits on federally protected lands and require oil and gas companies to disclose the chemicals they use when fracking on these lands.

The judge wrote in his opinion that the Bureau of Land Management’s fracking rule created “an overlapping federal regime, in the absence of congressional authority to do so, which interferes with the states’ sovereign interests in, and public policies related to, regulation of hydraulic fracturing.”

“At this point, the Court does not believe Congress has granted or delegated to the BLM authority to regulate fracking,” the judge wrote. “It is hard to analytically conclude or infer that, having expressly removed the regulatory authority from the EPA, Congress intended to vest it in the BLM, particularly where the BLM had not previously been regulating the practice.”

Wyoming, Utah, Colorado, and North Dakota have all sued over the rule, as have the Independent Petroleum Association of America and the Western Energy Alliance. These lawsuits will need to be settled before the rule has a chance of being implemented, according to the court’s ruling. The oil and gas industry groups both have claimed that the final fracking rule “is contrary to law,” and Wyoming also said that the rule “unlawfully interferes” with its statewide fracking regulations.

Judge Skavdahl issued a temporary injunction on the rule in June, in a decision the Sierra Club called a “setback for our public lands.” The judge’s decision this week means that permits for fracking on public lands will continue to be evaluated and approved under existing regulations. The Bureau of Land Management said it would uphold the ruling.

“The BLM is consulting with the Office of the Solicitor and the Department of Justice about the decision of the U.S. District Court in Wyoming to issue a preliminary injunction of the hydraulic fracturing rule,” the agency said. “While the matter is being resolved, the BLM will follow the Court’s order and will continue to process applications for permit to drill and inspect well sites under its pre-existing regulations.”

Matt Lee-Ashley, director of Public Lands at the Center for American Progress, said he didn’t think the injunction would last long, or be upheld should it go to a higher court.

“These fracking standards are about as common sense as seat belts and airbags,” he said. “The standards are simple: they require that wells be soundly built and tested, that wastewater be properly handled, and that chemicals used in fracking operations be publicly disclosed. With so many oil and gas companies already following these practices, it’s a mistake that the industry is spending millions of dollars on lawsuits to fight them.”

When it comes to ransomware, you don't always get … END_OF_DOCUMENT_TOKEN_TO_BE_REPLACED

Peyton Carr is a financial advisor to founders, … END_OF_DOCUMENT_TOKEN_TO_BE_REPLACED