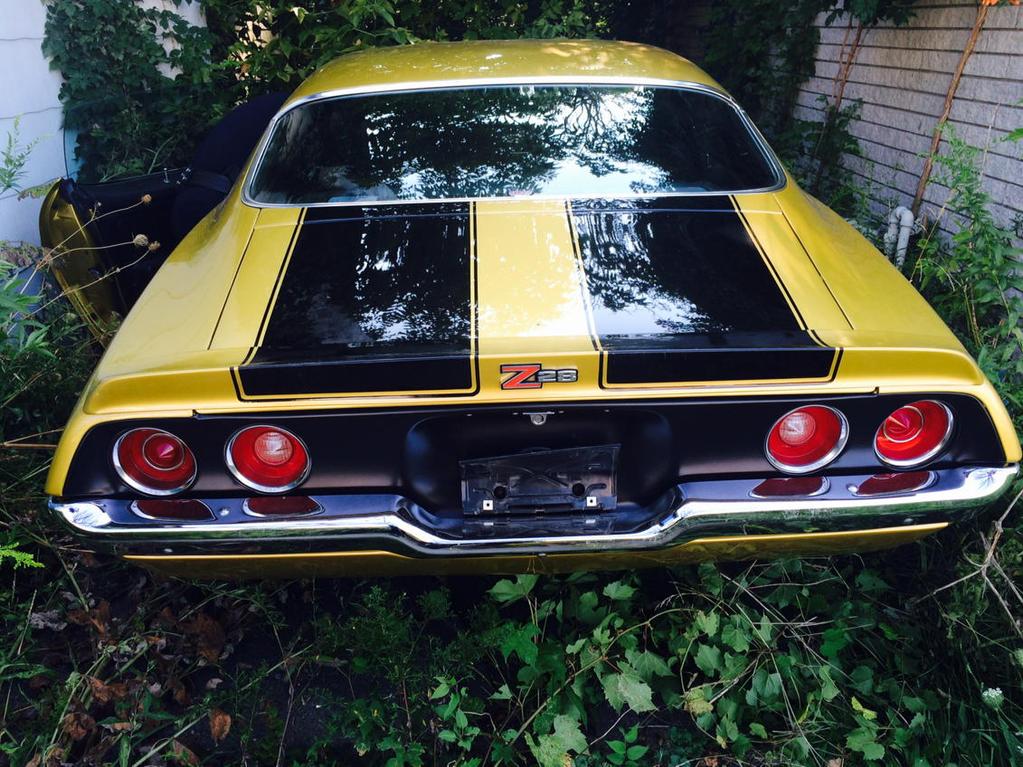 A Chevrolet Camaro Z-28 stolen from Papa John’s pizza chain during the Woodward Dream Cruise was discovered in an abandoned home’s driveway this morning on Detroit’s west side.

The Camaro was found on Detroit’s west side, across from Samuel Gompers Elementary-Middle School on Pierson Street, about three blocks north of I-96. The gold vehicle with black stripes was parked deep in some weeds, its license plate missing and the holder bent backward. Ernest Webster, 48, arrived to mow a nearby area at 7:30 a.m. when he recognized the vehicle from a TV report and called 911.

Police arrived, found paperwork in the car and quickly confirmed it to be the one used by the pizza chain during last weekend’s event featuring classic cars.

The vehicle didn’t have noticeable damage, but an Altoids tin was seen wedged behind the steering wheel.

The Associated Press previously reported Papa John’s founder John Schnatter was “distraught” over the theft. He’d sold the car decades earlier to help save his father’s Indiana tavern, leading to what would become Papa John’s. In 2009, after years of searching, Schnatter found it and bought it back, the AP reported.

Two other vehicles were stolen during the Dream Cruise, and event drawing hundreds of thousands each year.

When it comes to ransomware, you don't always get … END_OF_DOCUMENT_TOKEN_TO_BE_REPLACED

Peyton Carr is a financial advisor to founders, … END_OF_DOCUMENT_TOKEN_TO_BE_REPLACED