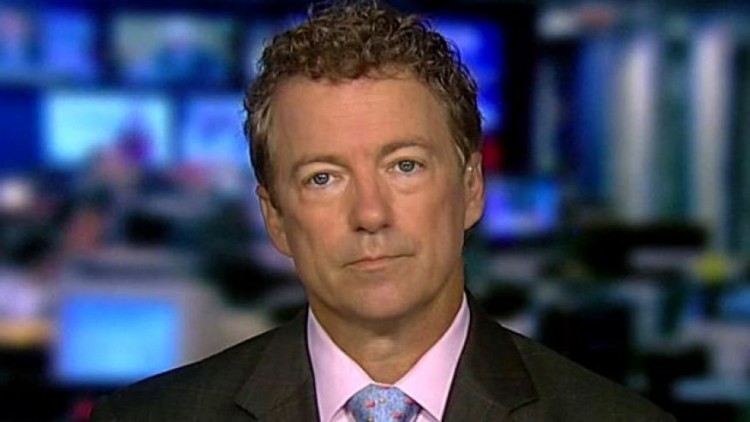 Republicans and Democrats engaged in a fervent round of finger-pointing Monday after inaction in the Senate led to the expiration of key counterterrorism programs including the National Security Agency’s bulk collection of Americans’ phone records.

Absorbing the heat was Sen. Rand Paul, R-Ky., the GOP presidential candidate who was able to gum up the works in the Senate and force those programs to lapse, for now, after lawmakers missed a Sunday midnight deadline.

Though lawmakers are likely to forge ahead in the coming days with legislation that could lead to those programs resuming, hawkish lawmakers warned that even a temporary lapse poses risks.

“We cannot go back to a pre-9/11 mentality,” Sen. Kelly Ayotte, R-N.H., told Fox News, while predicting lawmakers will be able to pass a bill in the Senate in the coming days.
Sen. Bob Corker, R-Tenn., said in a statement he is “extremely disappointed lawmakers allowed a lapse in our ability to hunt down terrorists plotting against Americans.”

Paul, meanwhile, cheered the expiration as a “big victory” for the American people.

He raised eyebrows on the floor Sunday night when he went so far as to accuse his critics of “secretly” wanting to see “an attack on the United States, so they can blame it on me.”
Speaking Monday on Fox News, Paul conceded, “I may well have exaggerated” with those remarks.

But he challenged the notion that Americans are in danger, saying the bulk collection program has not effectively prevented terrorist attacks so far. He said the problem with the so-called 215 program is that it authorizes a “generalized warrant” of all phone records, and not specific records.

“This is a big rebuke to the president,” Paul told Fox News.

Paul’s stand against the Patriot Act provisions has led to high-intensity fighting within the Republican Party.

Senate Majority Leader Mitch McConnell, R-Ky., and his allies originally fought for a short-term extension of the Patriot Act surveillance provisions. Not only were they stymied, but Paul refused to support even a House compromise bill that would end, and reform, the NSA collection program.

McConnell and his allies reversed course on Sunday to advance that House bill, called the USA Freedom Act. But Paul was able to leverage Senate procedural rules to draw out the process and force the expiration of the programs overnight.

In the coming days, the Senate is expected to take up that House bill. The USA Freedom Act ends NSA bulk collection of U.S. phone records but allows the agency to search records held by the phone companies.

The question is whether they will amend that legislation – and if they do, whether the House would accept those changes. If so, the surveillance programs will resume, with some significant changes in how the phone records are handled. If not, they will remain dormant.

The Senate vote on the measure known as the USA Freedom Act can come no earlier than 1 a.m., Tuesday. Senate Republican aides said they expected some amendments, but no major revisions to the bill.

“Having gone past the brink, the Senate must now embrace the necessity of acting responsibly,” said Adam Schiff, the ranking Democrat on the House intelligence committee, in a statement after Sunday’s Senate vote.

The high-stakes drama played out as Congress debated the most significant changes prompted by the disclosures of Edward Snowden, the former NSA contractor who revealed the phone records collection and other main surveillance programs. With no deal reached in time, the NSA stopped collecting American phone records at 3:59 p.m. EST Sunday, officials said.

Other authorities that expired allowed the FBI to collect business records in terrorism and espionage investigations, and to more easily eavesdrop on a suspect who is discarding cellphones to avoid surveillance.

Intelligence officials publicly warned of danger, but were not deeply concerned with a lapse of a few days or weeks, given that the authorities remain available in pending investigations. What they most fear is a legislative impasse that could doom the programs permanently.

“The Senate took an important–if late–step forward tonight,” White House spokesman Josh Earnest said in a statement. “We call on the Senate to ensure this irresponsible lapse in authorities is as short-lived as possible.”

President Obama supports the USA Freedom Act. That bill, which preserves the other expiring provisions, passed the House overwhelmingly May 13. Senate Republicans blocked that legislation on May 23, arguing that it undercut the NSA’s ability to quickly search the records. It fell three votes short of the 60 needed to advance.

But with no other options, McConnell, in an about-face, reluctantly embraced the House-passed bill Sunday night. “It’s not ideal but, along with votes on some modest amendments that attempt to ensure the program can actually work as promised, it’s now the only realistic way forward,” McConnell said.

The Senate then voted 77-17 to move ahead on the USA Freedom Act.

When it comes to ransomware, you don't always get … END_OF_DOCUMENT_TOKEN_TO_BE_REPLACED

Peyton Carr is a financial advisor to founders, … END_OF_DOCUMENT_TOKEN_TO_BE_REPLACED