You are here: Home / Technology / Peeple App to Review Other Humans, Without Their Consent 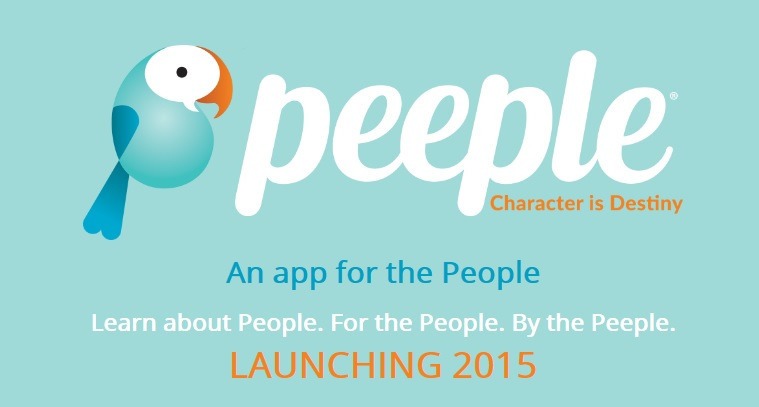 Imagine a database that allows you and everyone you know to be ranked, classified and reviewed by someone you’ve dated, worked with or befriended, without consent. Say hello to the Peeple app, described by the founders as a “positivity app.”

When it launches in November, Peeple will allow users to rate and search human beings in the same way we rank and file restaurants, hotels, and car services on scores of other apps.

But critics fear that it will devolve into a virtual “Burn Book”, a la Mean Girls, that will allow gossip and shaming to thrive.

Users will be able to add virtually anyone to the service, and people are unable to opt out of having reviews posted about them, adding to concerns over the invasive nature of the app.

When the app launches in November, users will be able to review friends, coworkers, dates and pretty much anyone else, using a one- to five-star rating scale.

The app, founded by Julia Cordray and Nicole McCullough, will be available only on iOS devices in November. It’s already had thousands sign up to be beta testers, according to a post on the Peeple Facebook page. The company’s shares currently put its value at $7.6 million, according to the Washington Post.

In order to post a review, users have to be 21 or older with an active Facebook account. Reviews must be made under a person’s own name, and a user must indicate how they know the person they will review in one of three categories: Personal, professional or romantic.

Anyone who has access to someone’s cellphone number can start a new profile for them on the site. The person will receive a text informing them who started their profile and “that they should check out what you said about them on our app.” The FAQ’s make no mention of how the site will check on the validity of the number provided.

Once someone is added, anyone on Peeple can weigh in on his or her merits as a person.

“People do so much research when they buy a car or make those kinds of decisions,” said Cordray told the Washington Post. “Why not do the same kind of research on other aspects of your life?”

The two co-founders have been documenting the build-up to the app’s launch through a series of short videos on their YouTube accounts.

“This is about abundance for all, and lifting people up and finding out who the really good people are. I’ve never believed in anything more than I believe in this product,” says Cordray, in a clip showing the pair driving through San Francisco during the development process. The footage features a clip of Cordray giving food to a homeless woman outside of her car while waxing poetic about how the app gives her purpose.

“This company fuels my passion, it fuels my purpose, it answers my why,” says Cordray.

We already rate our restaurants, our taxi drivers, and our clothes, so why not rate the people in our lives? Because things will inevitably get nasty, say critics. Peeple’s founders assert that they have systems in place to combat bullying on the site. Users will be able to “report any bullying in the comments you receive and we will be able to remove the comment and remove the user who violated our terms and conditions.” Essentially, the ability to remove content deemed as “bullying” is left up to the site operators’ discretion.

Model Chrissy Teigen, who has long been an outspoken critic of the gossip fueled celebrity culture, slammed the Peeple app in a series of tweets on Thursday morning.

In an age where both truth and gossip on the Internet can literally ruin lives, this #peeple app is horrible AND scary #yelpforhumans???

at least I signed up to have the world judge and grade me publicly. I fucking hate this app and the boardroom table it was created around.

She wasn’t the only Twitter user who spoke out against the app.

so #peeple is what happens when two popular mean girls from your high school grow up & decide to make a slam book for the entire world?

But Peeple’s founders are on the defense. They have been tweeting replies, complete with an inspirational quote from Theodore Roosevelt.

It’s not the critic who counts; the credit belongs to the man who is actually in the arena @careerfox pic.twitter.com/TGt3xxyBcQ

Another way they hope to restrict bullying on the site is by putting a 48-hour hold on negative comments.

When it comes to ransomware, you don't always get … END_OF_DOCUMENT_TOKEN_TO_BE_REPLACED

Peyton Carr is a financial advisor to founders, … END_OF_DOCUMENT_TOKEN_TO_BE_REPLACED