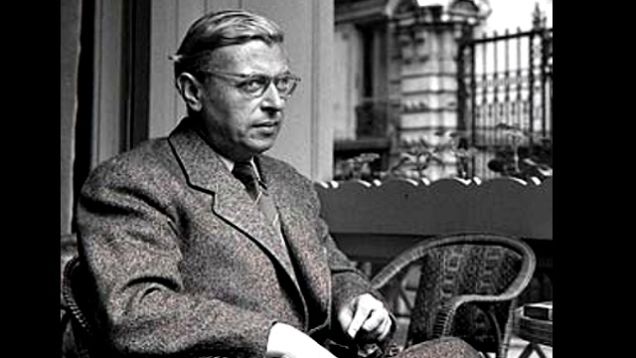 Here’s an example of science becoming dangerously poetic. Under the right conditions, three atoms that all repel each other will be forced into an inseparable triad. It’s time to get existential.

If you don’t remember Jean-Paul Sartre’s play No Exit, let me recap it for you. Three sinners are sent to hell and their punishment is each other. Confined to a room, the three people form a toxic triad, each one locked to another, each craving the love, respect, or approval that the others cannot give. Lose any one of the three and they’re all free, but put them all together and they’re stuck.

Physicists apparently looked at that play and thought they’d recreate it. It started small. A young Russian physicist, Vitaly Efimov, thought he’d usher the 1970s with a new theory. Cool a group of three atoms down to superlow temperatures, and although any two members of the triad would repel each other alone, the three will become suddenly unable to escape each other. They will pull together in what would eventually be called an Efimov State.

At the time, no one believed him. Even those who thought he was on to something couldn’t verify it. The temperatures at which these three atoms would reach this state were a fraction of a degree above absolute zero. The Efimov State wasn’t confirmed until 2006.

Physicist decided to try to go one better. They investigated the possibility of a four-body Efimov State. So far, nobody thinks that a “true Efimov State” would be possible for four bodies — however, nobody can entirely agree on what a true Efimov State is. How very philosophical.

For us muggles, the Efimov State probably won’t be part of our lives. Behind the scenes, though, it allows particle physicists to study atoms in a way previously thought to be impossible, and it may allow them to build molecules thought to be equally impossible. And to prove, once and for all, that Hell is other atoms.

When it comes to ransomware, you don't always get … END_OF_DOCUMENT_TOKEN_TO_BE_REPLACED

Peyton Carr is a financial advisor to founders, … END_OF_DOCUMENT_TOKEN_TO_BE_REPLACED