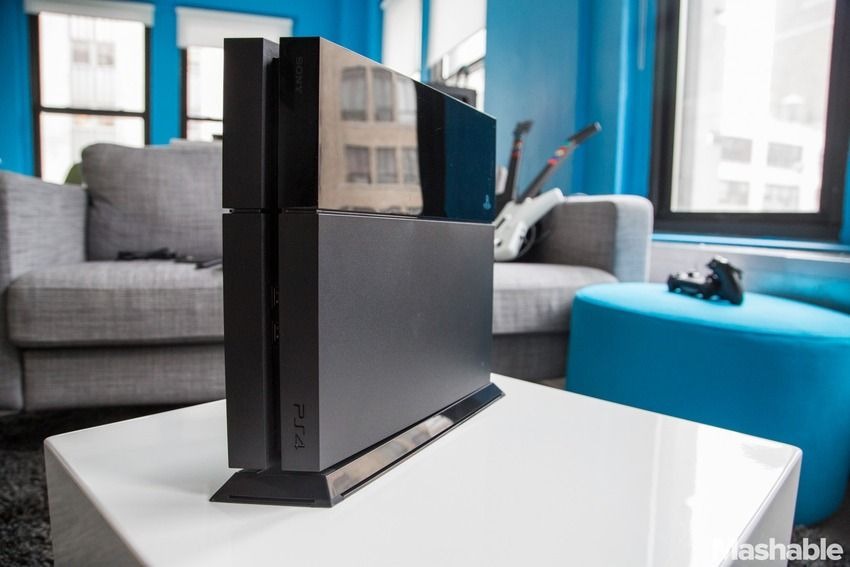 Sony is up to something, we know that much. Rumors of a souped-up PlayStation 4 — often referred to as “PS4.5” or “PS4K” — have been kicking around for the past month. Now, those rumors have picked up additional steam with a pile-on of hardware specs.

It all started with a Kotaku report that surfaced just after the 2016 Game Developer’s Conference in March. It spoke of a 4K-enabled PS4 with an upgraded graphics processor that could improve game performance.

The story was quickly corroborated by others who had heard similar rumblings, but the details stopped there… until this week. Giant Bomb and Eurogamer both received documents containing hardware specs and details of Sony’s plans.

Here’s what we know

First, the all-important disclaimer: All of this is still rumor. We trust the sources that reported it enough to take the info seriously, but nothing is confirmed.

The so-called “PS4.5” — which is reportedly codenamed “NEO” — is indeed a hardware upgrade. It will exist on the market concurrently with the “base” PS4, offering an improved gaming experience with its souped up CPU and GPU, and increased memory bandwidth.

Further, Sony won’t allow developers to deliver features specific to “NEO mode.” Games can look better and run better on one platform over the other, but they need to be identical in terms of content.

According to Sony’s documentation, any developer releasing a game for PS4 has to include both a “base mode” and a “NEO mode.” If you’ve ever played games on PC, it’s conceptually equivalent to the difference between “low” and “high” graphics settings.

Developer kits are reportedly being sent out to studios now, and Oct. 2016 is said to be Sony’s “deadline” for NEO-compatible releases (presumably for release in 2016). There’s no indication of release timing for the upgraded console, however.

There’s a lot of information, but it paints an incomplete picture. Here are the questions you should be looking for Sony to answer, assuming all of this turns out to be accurate.

1. How is Sony going to avoid splitting its audience?

There are roughly 36 million PS4s sold through to consumers around the world, according to numbers released by Sony in March, 2016. That means around 36 million customers handed Sony $400 sometime between Nov. 2013 and March (not including money spent on games or peripherals).

How many of those people are going to stand up and scream “WTF?!” when a new, more powerful PS4 surfaces?

Sony’s requirement that all games support both “base” and “NEO” modes seems like an effort to mitigate such complaints, but it’s also a half-measure. You’re going to have people that just purchased a base PS4 immediately feeling like their new hardware is behind the times.

Look for Sony to further clarify what sets the two consoles apart. Transparency is the only way to go here. Customers need to know exactly what they’d get out of an upgrade before they even consider a purchase.

2. How does PlayStation VR fit into this picture?

We know for a fact that PSVR is coming in Oct. 2016. That’s also — according to the NEO documents — Sony’s deadline for games that support the higher hardware spec.

It seems incredible that Sony would bring two highly experimental products — PSVR and NEO — to market in the same year, and yet it looks like that’s what’s happening. The timing of everything raises the question: Is NEO intended to complement PSVR?

Sony’s been very transparent about its own VR headset’s place in the current spectrum of hardware. If Rift and Vive are the top-tier options and Gear VR is entry-level, PSVR falls somewhere in between. It’s living room VR-for-all.

How does the NEO change things? It’s still going to be inferior to the Rift/Vive, since the upgraded console still falls short of the power a VR-ready gaming PC is capable of.

Look for explanations from Sony concerning how PSVR runs on NEO versus the base model. It could very well end up being that the new console is the “ideal” platform for VR.

3. How will 4K gaming actually work?

As anyone who’s invested in 4K displays and PC gaming rigs that can take advantage of them, hardware gets expensive. Even a stacked gaming PC with a GeForce 980 Ti — the most affordable high-end GPU, and the one that Nvidia classifies as “best” for VR experiences — struggles to output at 4K resolution.

Those cards cost around $600, and that’s not including the top-tier CPU and memory you need to avoid processing bottlenecks. The NEO roughly doubles the performance of the base PS4, meaning it doesn’t even approach the power levels of a VR-ready PC.

To be fair, consoles use custom-built parts that serve the singular purpose of running games. They’re lower-spec machines, but they offer better performance than an actual PC with similar specs would.

Still, even a souped up PS4 like NEO is going to be outpaced. And if high-end PCs already struggle to output in 4K, what does that mean for PS4K experiences, even — as the documents suggest — the ones upscaled from 1080p?

4. What happens to my PlayStation 4?

This is a question that most of the 36 million PS4 owners are going to ask the moment NEO is made official.

NEO is an addition, not a replacement.

The leaked documents make it clear that the base console isn’t going anywhere. NEO is an addition, not a replacement.

That said, there’s an increasing number of 4K UHD televisions in living rooms around the world. Anyone can bring an old console to a GameStop or a Best Buy and trade it in for credit toward a NEO. But that’s a lot of steps, and a lot of reliance on non-Sony retailers.

For current PS4 owners, watch for upgrade offers from Sony that ease the process of transitioning from a base console to a NEO for loyal customers. The last thing Sony wants to do is alienate people that have helped propel PlayStation’s success since 2013.

When it comes to ransomware, you don't always get … END_OF_DOCUMENT_TOKEN_TO_BE_REPLACED

Peyton Carr is a financial advisor to founders, … END_OF_DOCUMENT_TOKEN_TO_BE_REPLACED