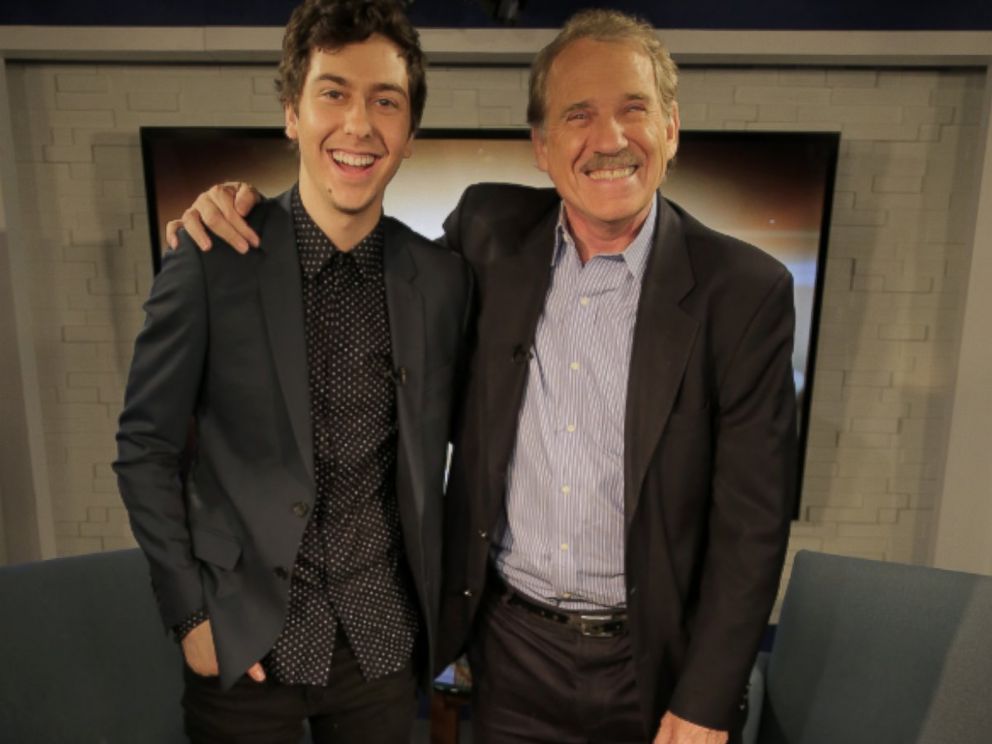 From music to film, it is Wolff’s ever-evolving career that landed him a role opposite Robert De Niro in the film “The Intern,” set to be released in September.

Wolff said the two were on set, sitting at a table waiting to tape a scene when the movie legend pranked him.

“He just turned to me and I was chewing a piece of gum pretty much to stay calm because I was across the desk from one of my heroes. And he said, ‘What are you going to do with that gum?’ I was like, ‘I’m probably gonna spit it out before the scene.’ And he was like, ‘You know what we used to do with gum? We used to put it under the table.’

Wolff currently stars as the leading man in the new comedy-drama “Paper Towns” as Quentin “Q” Jacobsen. He’s a high school senior who goes on a wild adventure with his pals to find a missing girl. The film is based on the best-selling John Green novel of the same name.

Wolff told ABC News that it’s a role that revived memories of his own childhood.

“I really did have two best friends that were like those guys. And I knew every single word of the Pokémon song. That was something we came up with because we all loved that song,” Wolff reminisced. “And then when the movie ended I didn’t want it to end. I wanted to live in “Paper Towns” world. It felt a little bit better than real life.”

Wolff’s real life world has been filled with fun and adventure, too.

At the age of six, he penned the catchy hit single, “Crazy Car”. The song reached No. 23 on the Top 200 Billboard Charts, making Wolff the youngest person to ever compose a song to make the list.

Wolff, now 20, told ABC’s Peter Travers that his Billboard achievement is no easy feat to top.

“I broke a record way to early,” Wolff joked. “Maybe I can try to hold my breath the longest or something.”

He and his brother, Alex, are now well-known as The Naked Brothers Band. The music/acting duo also starred in the hit Nickelodeon series of the same name. Their music even caught the attention of President Obama and his daughters.

“Yeah, his daughters called because they liked The Naked Brothers Band,” Wolff said.

When it comes to ransomware, you don't always get … END_OF_DOCUMENT_TOKEN_TO_BE_REPLACED

Peyton Carr is a financial advisor to founders, … END_OF_DOCUMENT_TOKEN_TO_BE_REPLACED