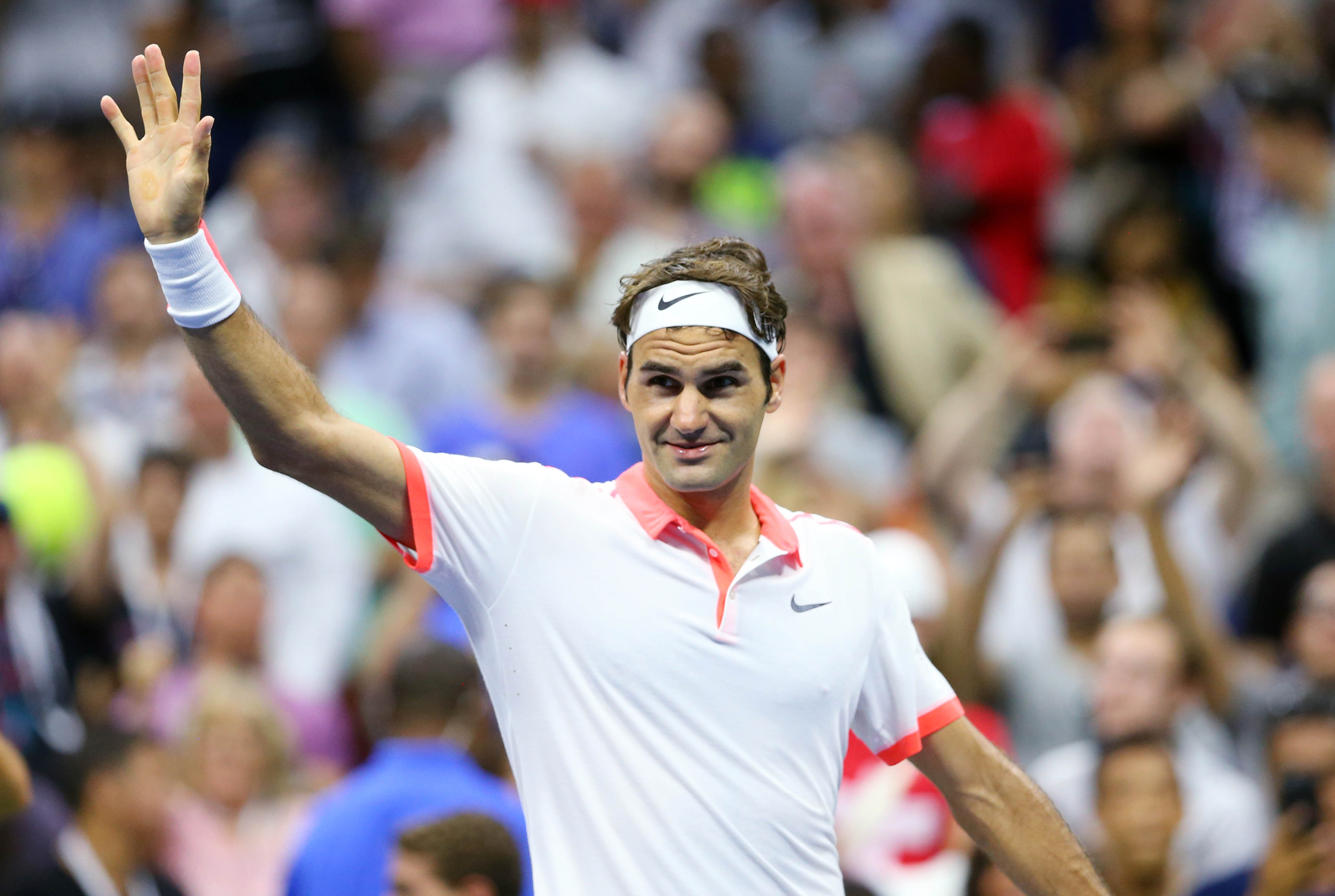 Undeterred by a John Isner serve that had not been broken at the U.S. Open since 2013, Roger Federer perhaps was proving a point Monday night when he broke just once: In the final game of the match.

Federer moved on in an electric three-set affair under the lights of Arthur Ashe Stadium, the No. 2 seed booking a spot in an 11th quarterfinal at the Open.

Here’s what went down inside Arthur Ashe Stadium court.

Isner, the top-ranked American, went 17-for-18 on service games on this night, bringing his consecutive hold number to 110 having not been broken during the 2014 event whatsoever. Federer went one better, however, saving five break points in all and winning 18 service games altogether. It’s a fourth win in five meetings between the two for Federer, 34, as well as the Swiss man’s 13th consecutive win over an American at the U.S. Open, dating back to a 2001 loss to Andre Agassi in the fourth round.

What it means: Federer moves into the quarterfinals to face Richard Gasquet on a day that saw Andy Murray dismissed in the bottom half of the draw (as well as No. 6 seed Tomas Berdych). A likely semifinal opponent for Federer is Stan Wawrinka, his countryman and the No. 5 seed here, who meets Murray’s defeater, big-serving South African Kevin Anderson next.

Isner was into the fourth round in Flushing Meadows for the first time since 2011, but failed to go one better once again, his lone quarterfinal finish in New York coming that very year when he fell to Murray in four sets.

How it happened: It was hold after hold in the first set, but Federer was far and away the better player in the tiebreak, Federer racing to take it with ease, 7-0. Set two was much the same, the two fighting off a handful of break points to go into a breaker, this one much more competitive. Isner would go up 5-3 thanks in part to a correct challenge on a baseline ball to lead 4-2, but Federer would get the mini break back and then seal the set with a blazing backhand winner down the line – which he himself challenged – pumping his fist and letting out a “Come on!” when Hawk-Eye confirmed the ball was in.

The third set was a play-from-behind kind of affair for Isner, who trailed in each of his last four service games. He dug out of a love-40 hole at 3-4 serving, but couldn’t do the same when he trailed by the same score at 5-6. The five-time U.S. Open champion would advance when Isner pushed a backhand volley wide on Federer’s third match point.

Key stat(s): While Isner is known as one of the standout servers in men’s tennis, Federer hung with him, blow by blow. Isner delivered 17 aces to Federer’s 15, while the Swiss man won 83% of first serve points played to just 68% for Isner. Overall Federer hit 55 winners to 53 for the American, moving Isner around much more. In total, Isner traveled 6,185 feet during the match compared to 5,627 for Federer.

What he said: “It’s a lot of fun to play in a night session match. I thought tonight was very special,” Federer told the Labor Day Monday crowd. “John is one of the best servers in the game. The pace on the second serve is unreal. You just have to make sure you hold your own serve.”

Roger that: It was Philip Kohlscreiber who last broke Isner at this tournament in a third round win in 2013. Isner did not have his serve broken in three matches last year (including an all-tiebreaks loss to Kohlschreiber again) nor through his first three matches of this U.S. Open.

Federer reaches a 46th career Grand Slam quarterfinal, the most in the Open Era. His 76th win at the U.S. Open moves him into sole possession of third place behind Andre Agassi (79) and Jimmy Connors (98).

When it comes to ransomware, you don't always get … END_OF_DOCUMENT_TOKEN_TO_BE_REPLACED

Peyton Carr is a financial advisor to founders, … END_OF_DOCUMENT_TOKEN_TO_BE_REPLACED