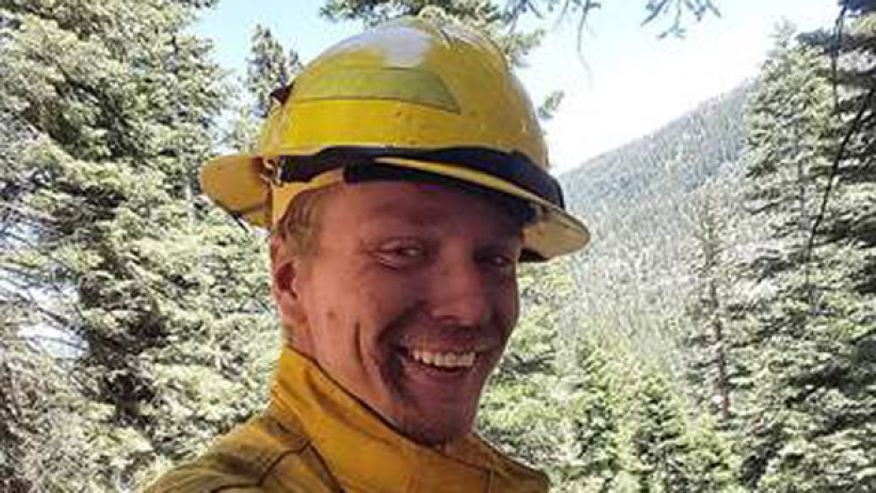 A 21 year-old U.S. Forest Service firefighter became the second first responder to die since California’s scorching wildfire season got underway, officials said Sunday. Michael Hallenbeck, of Shingle Springs, Calif., was struck by a tree Saturday afternoon during the initial assault on a wildfire that broke out south of the Echo Summit mountain pass.

“Our hearts go out to the family, friends and fellow crewmembers of this brave firefighter,” said Randy Moore, the Forest Service’s Pacific Southwest Regional Forester said. “The loss of any member of our Forest Service family is a tragedy.”

On July 30, Forest Service firefighter David Ruhl, of Rapid City, S.D., was killed by a wildfire in the Modoc National Forest while he scouted the area for ways to fight the blaze. Ruhl, , had been on temporary assignment since June in California, where he was an assistant fire management officer for the Big Valley Ranger District.

“The grief we are feeling at the sudden loss of two of our firefighters … reminds us of the sacrifices these men and women make every day,” Moore said.

More than 10,000 firefighters have been dispatched to fight 20 wildfires burning in drought-stricken California.

The largest wildfire in the state was burning in Lake, Yolo and Colusa counties and prompted the evacuations of hundreds of residents. The wildfire 100 miles north of San Francisco has destroyed 43 residences, 53 outbuildings and eight other structures.

The fire, which has charred nearly 109 square miles since igniting July 29, was 85 percent contained Sunday, the state Department of Forestry and Fire Protection said.

Some firefighters battling that massive blaze were rushed Sunday afternoon to a new wildfire that broke out several miles away in the community of Lower Lake and grew to 3 square miles, or 2,000 acres, in a few hours, CalFire Capt. Joe Fletcher said.

The blaze forced the evacuation of residents of the rural Jerusalem Valley, who were forced out of their homes days earlier by the larger Rocky Fire.

In Central California, a wildfire that consumed 9 square miles of the Sequoia National Forest was nearly contained.

When it comes to ransomware, you don't always get … END_OF_DOCUMENT_TOKEN_TO_BE_REPLACED

Peyton Carr is a financial advisor to founders, … END_OF_DOCUMENT_TOKEN_TO_BE_REPLACED