You are here: Home / Entertainment / Shannen Doherty, the cruel image of the fight with the cancer 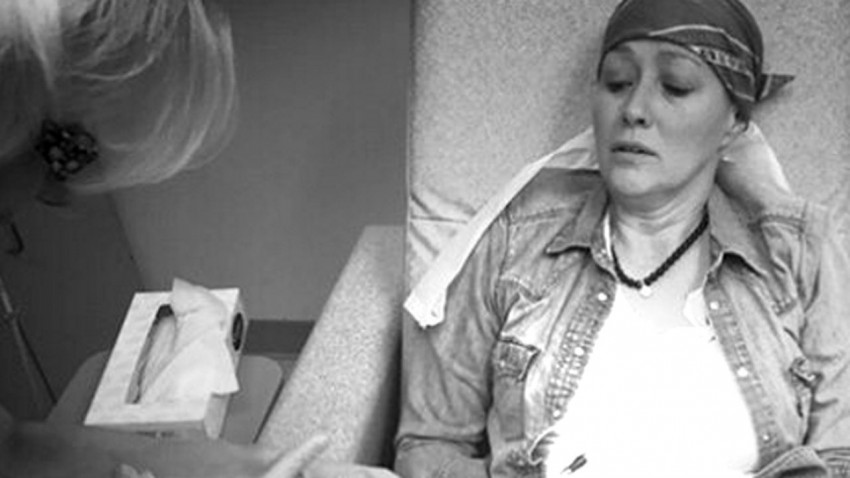 Shannen Doherty has to win the hardest fight of her life, the fight against cancer. After the shock of being diagnosed with such a disease, the actress gathered all her forces and started the treatment. These days, she posted a black and white image of her before being introduced into the hyperbaric chamber. The Beverly Hills 90210 star is satisfied with the procedure of the hyperbaric chamber that assures a high Oxygen contribution to facilitate the healing and she wants to thank her doctor. She says that the future of the anticancer treatment should include things like this chamber and they should be covered by the medical assurance. In this way, everybody would have access to such methods. She also added the Stand Up To Cancer and the #fightlikeagirl hashtags.

Doherty has the support of Rose McGowan, the actress that replaced her in the Charmed television series, in 2001. McGowan wrote in an open letter that she and Doherty were young and they attacked each other for the public’s delight. According to the tough rules of Hollywood they had to hate each other after they were set by the ears. Rose McGowan also wrote that she regrets she didn’t have the power to oppose that scenario and to be friend with Doherty. Shannen Doherty is close to the end of the radiotherapy and chemotherapy after she suffered a mastectomy in May. She was diagnosed with cancer in 2015 and this year the tumors spread in the lymphatic system. The actress married the photographer Kurt Iswarienko in 2011 after being married to Rick Salomon and to Ashley Hamilton. Both marriages lasted 1 year each. Doherty is famous due to the role of Brenda Walsh in the Beverly Hills 90210 series and to the role of Prue Halliwell from the TV series Charmed.

When it comes to ransomware, you don't always get … END_OF_DOCUMENT_TOKEN_TO_BE_REPLACED

Peyton Carr is a financial advisor to founders, … END_OF_DOCUMENT_TOKEN_TO_BE_REPLACED