You are here: Home / World / Soyuz Takes Off for International Space Station with 3-man Crew 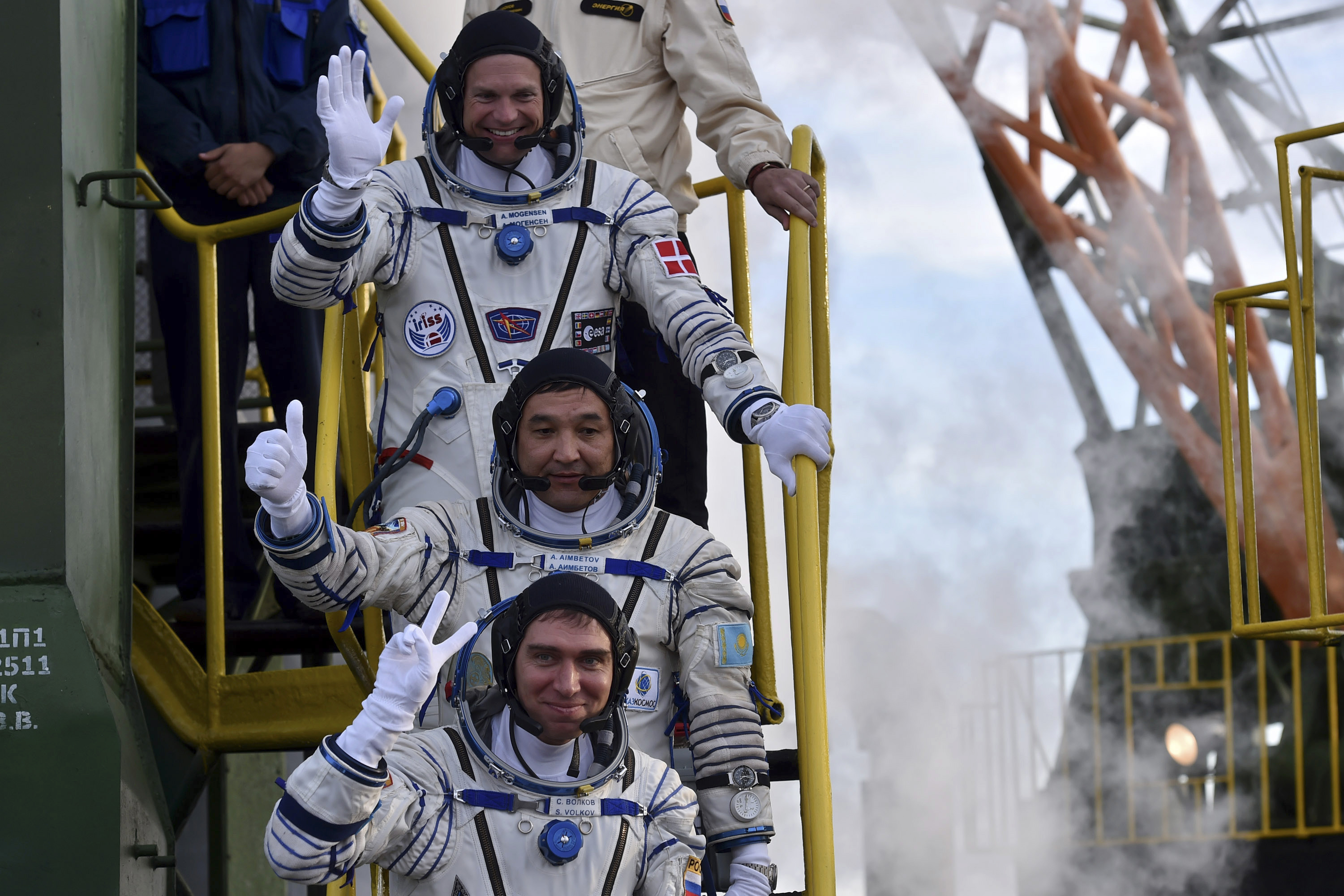 A Soyuz spacecraft carrying a Russian, a Dane and a Kazakh blasted off on Wednesday for a two-day trip to the International Space Station. The rocket lifted off from the Baikonur Cosmodrome, a Russian launch facility in Kazakhstan, on schedule at 10:37 a.m. with “everything going flawlessly,” according to a commentator on NASA television.

It was the 500th launch of both manned and unmanned spacecraft from the launch pad used in 1961 by Yuri Gagarin, the first man in space, the commentator said.

Andreas Mogensen is the first Dane in space. Russia’s Sergei Volkov is following in the footsteps of his father, who 24 years ago launched into space with the first astronaut from Kazakhstan. The Kazakh on the current mission, Aidyn Aimbetov, got his seat when British singer Sarah Brightman pulled out.

The new three-man crew will arrive at the orbiting outpost on Friday after a two-day flight through space. For the past two years, the crews have taken a more direct, six-hour flight, but the Russian Federal Space Agency decided last week to revert to the traditional route, citing security concerns after the International Space Station had to adjust its orbit to dodge space junk.

The arrival of Volkov, Aimbetov and Mogensen will bring the number on board the station to nine for the first time since November 2013. The Kazakh and Dane are scheduled to return to Earth on Sept. 12 with Russian Gennady Padalka, the current station commander.

Command will then be passed to NASA’s Scott Kelly, who along with Mikhail Kornienko of Russia is spending a full year on the station to study the effects of long space travel in preparation for a possible future trip to Mars.

When it comes to ransomware, you don't always get … END_OF_DOCUMENT_TOKEN_TO_BE_REPLACED

Peyton Carr is a financial advisor to founders, … END_OF_DOCUMENT_TOKEN_TO_BE_REPLACED