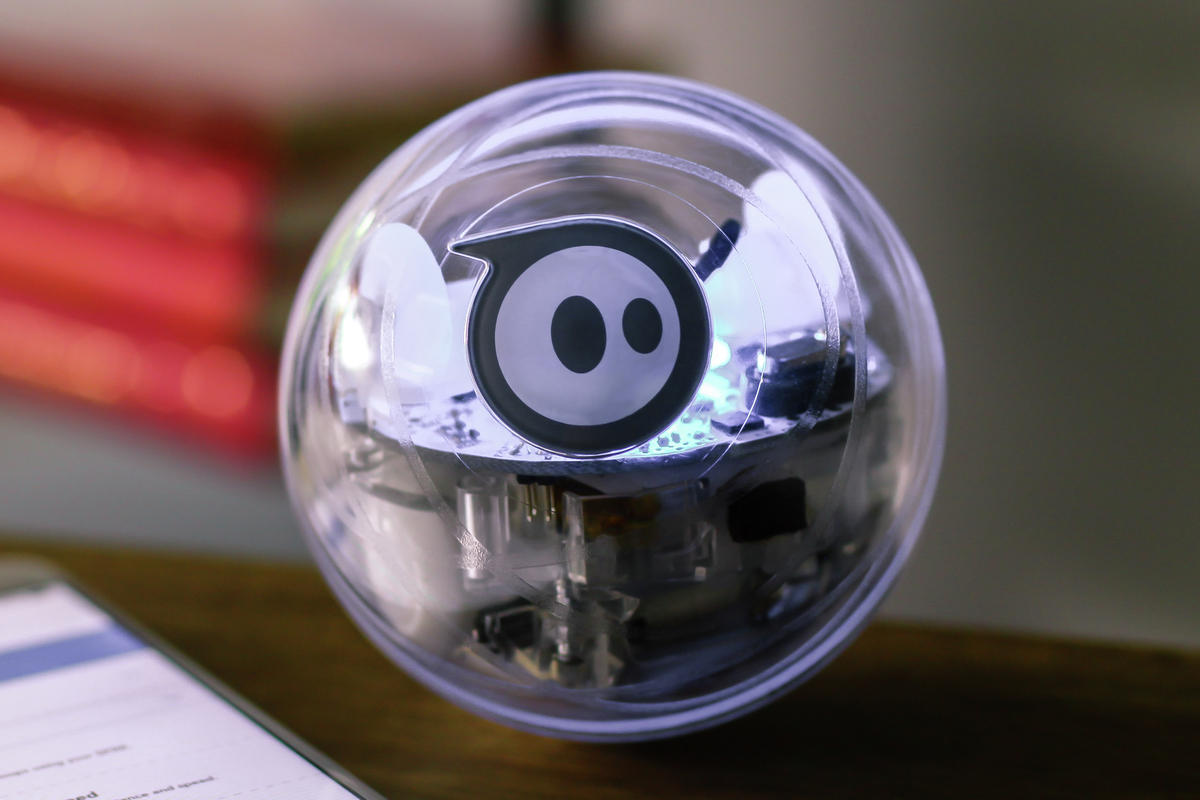 When Disney gets involved in robots — even tangentially — you know there’s big market potential. Sphero, a manufacturer of connected toys that got its start in Disney’s Techstars accelerator program, rolled out a new edition of its signature robotic ball yesterday.

The Sphero SPRK (pronounced “spark”) is aimed at educators and parents and is advertised as a fun way to bring technology and coding education to the classroom.

“I think we’ve reached a point now where we need to start to prepare kids to problem solve and to program,” says Ross Ingram, community manager at Sphero. “This is probably the reaction people had when reading was first introduced as a skill every child needed. Our lives are becoming much more technical and we have to prepare kids for future jobs that haven’t been invented yet. If we do our job, the future will be very robotic.”

That ambitious aim points to a larger vision that’s helping fuel one of the fastest-growing categories of consumer robots, a little market segment I like to call Bots for Tots.

Sphero got its start in 2010, which makes it an early entrant in the BfT category. Like many hardware startups, the company set out with a cool idea but a hazy sense of its ideal market.

“Our founders went through Techstars with the idea that they wanted to build robotics that were controlled by smartphones,” says Ingram. “At the time the only thing like that in the consumer robot world was a drone from Parrot.”

Though the founders wanted to build a total blank slate robotic platform designed to be tinkered with and customized, like Turtlebot, the Disney accelerator steered them toward a more refined product. The result was Sphero, a small orb users could control via smartphone like an RC car and that could be programmed to do automated tasks. They had gadget people in mind at the beginning. Early promotional videos target hip twenty- and thirty-somethings with clips of attractive people playing with the orb in bars and on city streets. Then they found a new market.

“Four years ago we did a booth at South by Southwest in the gaming section. We noticed kids were really engaging with the product. That was the moment when we were like, yup, we really have something with kids.”

They weren’t the only ones to notice. Around that time new devices aimed at kids and advertised as educational began cropping up at CES and other trade shows. Bots from Anki, Play-i, Wonder Workshop, and Sphero began carving out a robotics sub-category in an emerging category of smart toys, which have gained immense popularity thanks to blockbusters like Skylanders. Data is somewhat scarce, but according to a study last year by Interpret, smart toys “that integrate physical toys and video games have a high chance for success across most major kids game markets, with more than 72 million kids expressing interest in ownership.”

Smart toys are attractive for children’s brands because engagement is so high. Sphero, whose orb has been driven more than a million miles to date, estimates engagement is six times higher with its product than with traditional “dumb” toys. Sphero also appeals to both boys and, compellingly, girls, who make up 35 percent of the product’s users.

For tech companies specializing in hardware, smart toys also offer an intriguing advantage over many other types of consumer hardware. “If you look at wearables like FitBit or Apple Watch,” says Ingram, “you’re going to choose between them. You only need one.” Connected toys are different. Kids want variety, and the toy box of the near future will probably be jammed full of Bluetooth-enabled gadgets. The market can accommodate lots of competing products.

One area where Sphero has seen particularly strong adoption is education. “It’s really an organic movement with forward-thinking teachers. They see the product, maybe test one in a classroom or after school program, and then they bring in a classroom pack.”

The SPRK edition of Sphero, designed to be used with the SPRK app, utilizes block-based, visual building to “inspire a love of robotics, coding, and STEM principles while teaching the power of cause, effect, and conditions in programming,” according to the company.

With SPRK (which stands for Schools-Parents-Robots-Kids), students can control their robots by combining blocks that equate to commands like roll, spin, and color change. After combining the commands, they can review the text-based code viewer to see the code that prompted the robot’s actions. Parents and teachers can use this as the foundation for lessons about programming and computer science.

The robots can also be programmed the old fashioned way, which means the toys age up as kids advance in their skills. I made my test unit dance to David Bowie. The future is here.

When it comes to ransomware, you don't always get … END_OF_DOCUMENT_TOKEN_TO_BE_REPLACED

Peyton Carr is a financial advisor to founders, … END_OF_DOCUMENT_TOKEN_TO_BE_REPLACED