You are here: Home / Technology / Steve Jobs Remembered on the Anniversary of his Death 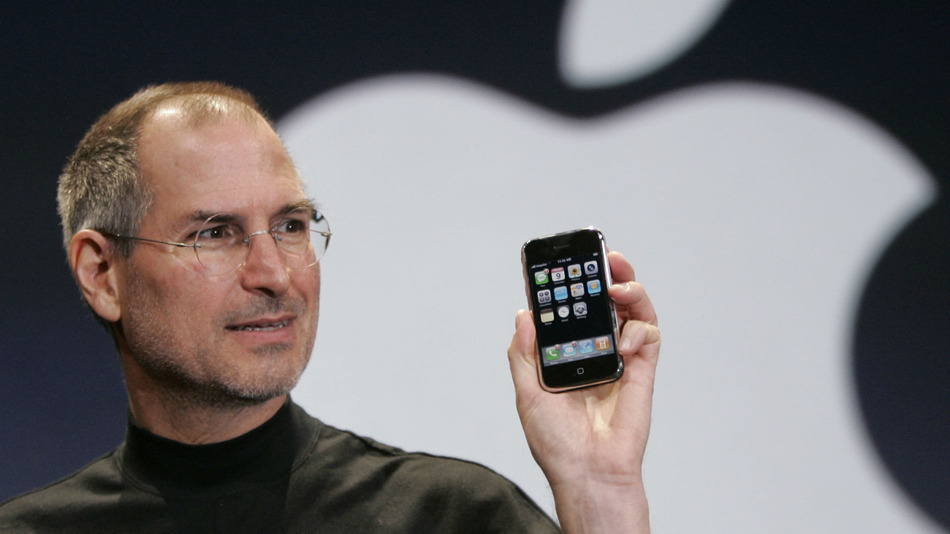 Monday marks the fourth anniversary of the death of Apple co-founder and CEO Steve Jobs. As in past years, Apple executives are remembering Jobs and his legacy.

Remembering Steve for who he was and what he stood for. We honor him by continuing the work he loved so much. pic.twitter.com/6UiXBjYe3l— Tim Cook (@tim_cook) October 5, 2015

Apple CEO Tim Cook sent an email to Apple staff. Mashable has reviewed the email, which reads in part, “Steve was a brilliant person, and his priorities were very simple. He loved his family above all, he loved Apple, and he loved the people with whom he worked so closely and achieved so much.”

Other essays were shared by executives Phil Schiller and Eddy Cue and Apple board member Andrea Jung. Mashable has seen portions of these essays, which were posted to Apple’s intranet.

In his essay, Phil Schiller, Apple’s senior vice president of worldwide marketing, recounts his time doing keynotes with Jobs “from the day he came back in 1997 until the day he left us.”

There were so many good times. We would be sitting backstage during the shows in darkness behind a giant wall and on the other side of the wall was an audience, anything from a thousand to six thousand people. We’re watching this huge screen projected in reverse and you know every slide, every video, every demo, and we’re just waiting. And then you’ll hear the applause of the cheer. You just get filled with so much happiness and pride — about all this work for months that came to this moment. We would be back there with steve and he’s feeling the same thing. And that fuels us through the whole show. Those were always great shared moments with Steve.

Working with him, I always felt there was a personal connection. It wasn’t just work. And in a way, sometimes he was a brother; sometimes he was a father figure, depending on what it was. But [it was] as a family member nonetheless. And it was somebody you didn’t want to disappoint. I’ve never felt that way about anybody else that I’ve worked with. You feel that way about your family. You don’t want to disappoint your dad, you may not want to disappoint your [brother] or your kids or your wife. But you generally don’t feel that way about your boss, per se. There was a different feeling. He had that. He created that. And I think that’s part of the personal touch of the relationship that at least I felt like I had with him around it.

Andrea Jung, the president and CEO of nonprofit Grameen America and an Apple board member since 2008, shared her thoughts as a friend of Jobs.

As a CEO, you have good days and bad days, and I remember I had a bad press day. Steve was a true friend — he called me on the phone and said, “Just ignore it. It’s hard but I’ve learned to. If you don’t fail, you’re not trying. Some of the world’s biggest successes come from learning from mistakes. Keep moving forward.” He was thoughtful and caring. That’s the Steve I knew. Those little touches.

Cook’s full email to the staff is below:

Today marks four years since Steve passed away. On that day, the world lost a visionary. We at Apple lost a leader, a mentor, and many of us lost a dear friend.

Steve was a brilliant person, and his priorities were very simple. He loved his family above all, he loved Apple, and he loved the people with whom he worked so closely and achieved so much.

Each year since his passing, I have reminded everyone in the Apple community that we share the privilege and responsibility of continuing the work Steve loved so much.

What is his legacy? I see it all around us: An incredible team that embodies his spirit of innovation and creativity. The greatest products on earth, beloved by customers and empowering hundreds of millions of people around the world. Soaring achievements in technology and architecture. Experiences of surprise and delight. A company that only he could have built. A company with an intense determination to change the world for the better.

And, of course, the joy he brought his loved ones.

He told me several times in his final years that he hoped to live long enough to see some of the milestones in his children’s lives. I was in his office over the summer with Laurene and their youngest daughter. Messages and drawings from his kids to their father are still there on Steve’s whiteboard.

If you never knew Steve, you probably work with someone who did or who was here when he led Apple. Please stop one of us today and ask what he was really like. Several of us have posted our personal remembrances on AppleWeb, and I encourage you to read them.

Thank you for honoring Steve by continuing the work he started, and for remembering both who he was and what he stood for.

When it comes to ransomware, you don't always get … END_OF_DOCUMENT_TOKEN_TO_BE_REPLACED

Peyton Carr is a financial advisor to founders, … END_OF_DOCUMENT_TOKEN_TO_BE_REPLACED