You are here: Home / World / The Greek Government Might Have Been Hackers … 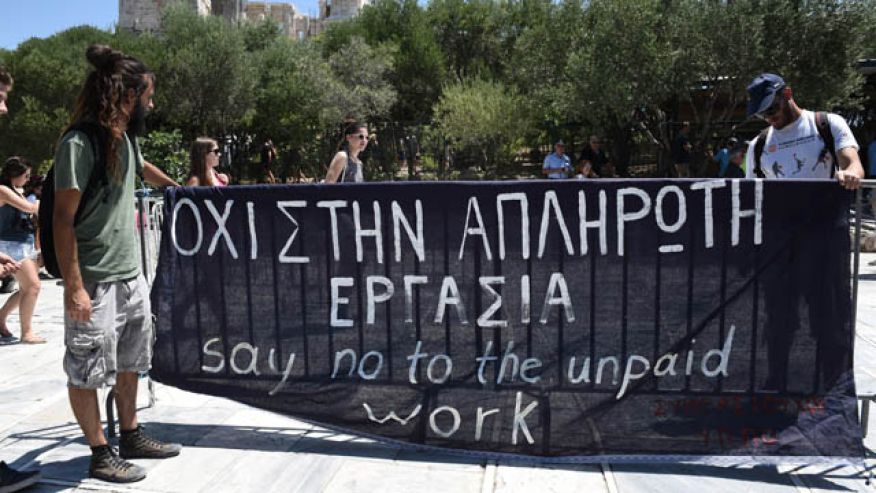 A team put together by Greece’s left-wing government were prepared to hack into the country’s own finance ministry and access taxpayer information in order to create a parallel payment system if the country had been expelled from the Eurozone, according to published reports.

If it had gone ahead, the plans would have allowed public sector salaries and pensions to be paid and possibly laid the groundwork for a return to the drachma.

The Daily Telegraph reported that former finance minister Yanis Varoufakis laid out the planned activities of his five-man team to a group of investors in London late July 16. The paper reports that Varoufakis recruited a technology expert from New York City’s Columbia University to access the software systems of the country’s tax office and obtain reserve accounts and file numbers of every Greek taxpayer.

“We decided to hack into my ministry’s own software program,” Varoufakis told the investors.

Varoufakis, who had resigned as Greece’s finance minister 11 days earlier in the wake of a referendum that rejected E.U. bailout terms, added that passwords used by citizens to access their online tax accounts would have been copied secretly and used to issue new PINs for every taxpayer to be used in transactions with the state. The payments themselves would actually have been “IOUs” based on the model used by California after the collapse of Lehman Brothers in 2008.

The plan was first reported over the weekend by the conservative Greek daily paper Kathimerini. Speaking to the Telegraph, Varoufakis confirmed the accuracy of his quotes to the creditors, but denied that his goal had been a return to the drachma all along.

“I have always been completely against dismantling the euro because we never know what dark forces that might unleash in Europe,” he told the paper. “Of course this [parallel system] would be euro denominated but at the drop of a hat it could be converted to a new drachma.”

Negotiators from the European Commission, European Central Bank, and International Monetary Fund had been due to start arriving in Athens last Friday to start talks for the new rescue package worth an expected 85 billion euros ($93 billion).

But late Saturday, a government official said talks at a “technical level” were now set to start on Tuesday. The official asked not to be named because the negotiations were ongoing.

Prime Minister Alexis Tsipras, elected six months ago on an anti-bailout platform, had promised to end austerity measures and stop direct talks in Athens between ministers and debt inspectors.

But the government was forced to reach a compromise after banks and the stock market were closed late last month, as deposits ran dangerously low.

Banks have since reopened but strict limits on money withdrawal and other transactions remain in effect.

Tsipras’ government has already begun imposing new austerity measures demanded in return for the new bailout — but had relied on support from opposition parties after nearly a quarter of lawmakers in the ruling Syriza party opposed him.

The new agreement must be reached before Aug. 20 when Greece faces a debt repayment to the ECB worth more than 3 billion euros ($3.3 billion).

When it comes to ransomware, you don't always get … END_OF_DOCUMENT_TOKEN_TO_BE_REPLACED

Peyton Carr is a financial advisor to founders, … END_OF_DOCUMENT_TOKEN_TO_BE_REPLACED