You are here: Home / World / The Sweet Smell of Silent Garbage Collection 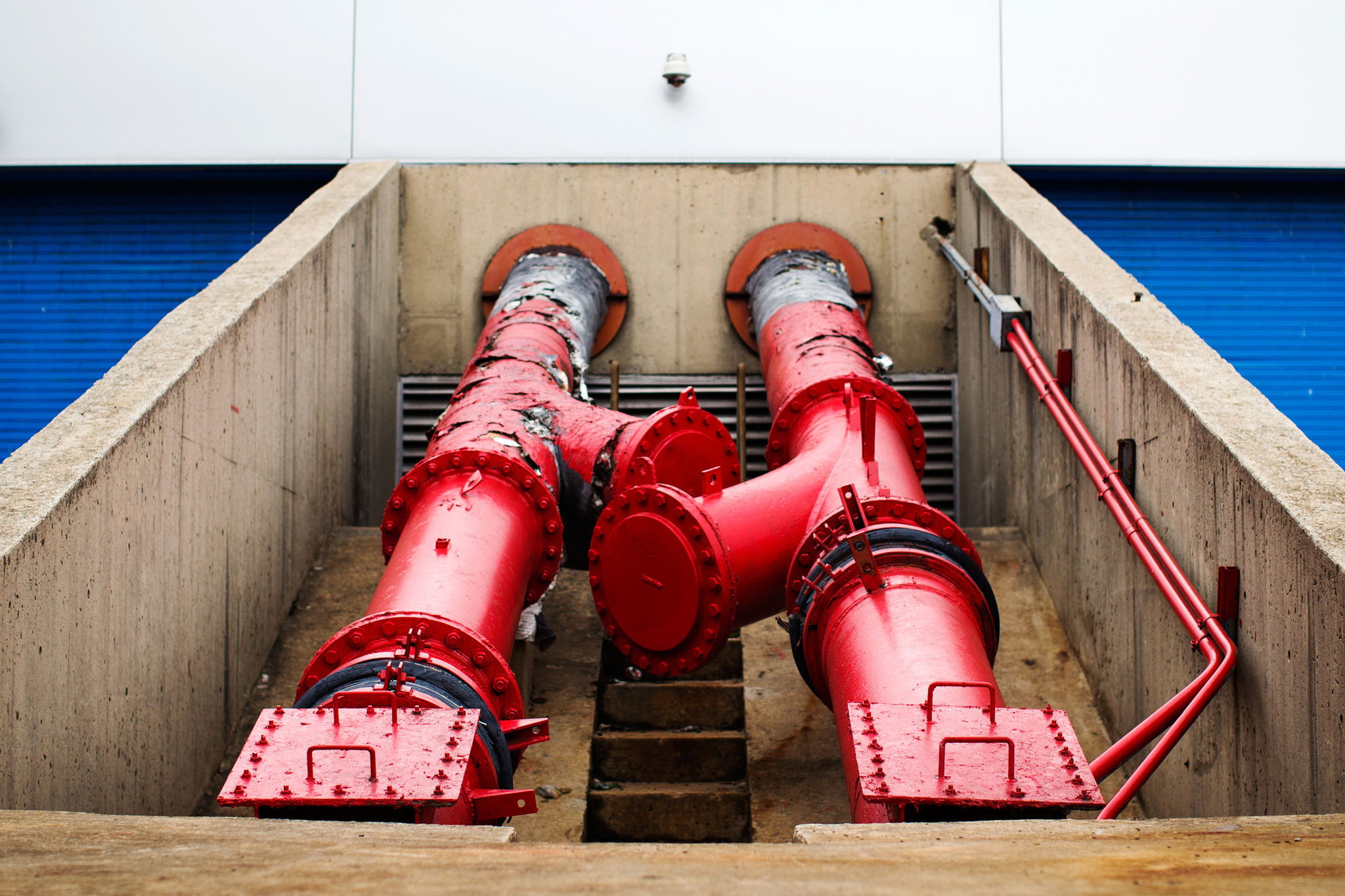 In New York, the sound of trash may be as familiar as its smell. The booming thunder of an 18-ton garbage truck rumbling down the city’s rutted roads. The screeching hum of the compactor, the pops and crackles of the refuse within.

The honk, honk, hooooooonk of traffic backing up behind it.

On Roosevelt Island, the sonics of garbage are the jet-engine roar of a 1,000-horsepower vacuum buried within the bowels of this two-mile spit of land. Not that most residents would know it. All they hear are birds chirping, joggers panting and water rippling in the East River as pneumatic tubes buried beneath their feet do the dirty work, silently sucking garbage from their buildings at 60 miles per hour.

This invisible garbage has other benefits, too, especially at this time of year.

“It’s nice to walk out your door, and it doesn’t smell like a heaping pile of trash, like in Manhattan,” Abbie Kulhowvick, a former Upper East Side resident, said as she walked home from work last week.

Roosevelt Island was envisioned with full 1970s zeal as a utopian place with affordable if somewhat Soviet-style housing in a car-free landscape. While vehicles still found their way onto the island, garbage trucks were largely banished, thanks to the pneumatic tube system, one of the largest in the world. It sucks up roughly 10 tons of trash from the island’s 12,000 residents each day.

And this ravenous behemoth is only growing.

Last month, Riverwalk Point opened, a 266-unit apartment building about as tall — and the same striking red color — as the smokestacks of the Ravenswood power plant across the river in Long Island City, Queens. It is the seventh Riverwalk tower to be built at the foot of the tram over the past decade. Two more are planned, bringing the total number of apartment buildings on Roosevelt Island to 25.

For Roosevelt Island residents, Avacs is as simple as taking out the trash. After they drop garbage down chutes in their buildings, it collects at the bottom until a trapdoor is activated, releasing the waste into 22-inch-wide red steel tubes that run underground.

Roughly five times a day — fewer in the summer, more on holidays — Department of Sanitation employees flip switches to pull garbage into the island’s Central Collections and Compaction Plant. Despite its futuristic job, Avacs, largely unchanged since it began operating in 1976, is surprisingly mechanical. There are no computer screens, just six dials for pressure and air speed.

“You can tell everything going on in the system just from these dials,” Scott Langdon, a stationary engineer called “Bones” (every one at the plant gets a nickname), said in the glass-enclosed control room.

As the needles bob back and forth during three-second bursts of suction, Roosevelt Island’s waste is pulled into collection chambers, one for the east side and one for the west side. The trash is then compressed into large green trash bins and driven off the island, either to a nearby marine transfer station or to New Jersey.

For a sanitation center, the plant appears remarkably clean. The painted concrete floors are spotless but for some flecks of dust. The air carries a slightly ripe scent, like shrink-wrapped peaches, but hardly the olfactory assault one would expect among dozens of tons of trash, or even a New York City sidewalk in the middle of summer.

More than the lack of trucks, this may be the system’s greatest virtue, the cleanliness it exudes — or rather the filth that it does not. Within the plant, this commitment to cleanliness is a practical matter, too.

“If even a speck of something got into one of the machines, it could break down, or even explode,” Mr. Langdon said.

The employees operating Avacs have never collected trash from the streets, and instead have backgrounds as mechanics and maintenance workers more familiar with boilers and centrifuges than garbage bags. The problems they encounter on a weekly basis come in all shapes and sizes, though the source is the same: people throwing out what they should not. The workers devise all kinds of lassos, iron crosses “and other medieval devices,” as Mr. Langdon put it, to clear the tubes.

When serious problems occur, such as damage to the tubes — steel plate is strong, but can withstand only so many high-speed impacts — a crew from Sweden, a world leader in pneumatic garbage, makes the trans-Atlantic journey to slide through the tubes and patch holes.

The more troublesome trash for the tubes includes cardboard boxes and furniture. Textbooks are bad, Christmas trees worse. Oversize items, as well as recyclables, are supposed to be collected by building workers and delivered to the plant, but sometimes they wind up in the tubes with the regular trash.

A jungle of large house plants, all salvaged from the trash, grows just outside of the control room.

“Part of me wonders why people would think it’s O.K. to throw this stuff away,” said Al DiGregorio, the chief engineer in the Sanitation Department’s Bureau of Building Maintenance, which oversees Avacs. “Part of me wonders how they ever get it in the chute.”

That could be because many Roosevelt Island residents have little idea Avacs exists. “I wasn’t even sure because it sounds like something out of ‘Willy Wonka,’” Barbara Lippert, a resident for two years, said.

The system’s biggest fans may be the landlords, who do not worry about collecting or storing garbage. The Related Companies, developer of the Riverwalk complex, likes Avacs so much that it is installing one at Hudson Yards on the West Side of Manhattan. There, three tubes will handle trash, recycling and possibly compost.

Building over the Pennsylvania Station tracks leaves no room for basements, but that is not the only consideration.

“We don’t want people enjoying the art or shopping beside huge piles of garbage,” Charlotte Matthews, the vice president for sustainability at Related, said.

When it comes to ransomware, you don't always get … END_OF_DOCUMENT_TOKEN_TO_BE_REPLACED

Peyton Carr is a financial advisor to founders, … END_OF_DOCUMENT_TOKEN_TO_BE_REPLACED