You are here: Home / Entertainment / Tracey Morgan Appears at Emmy’s in First Stage Appearance Since Crash 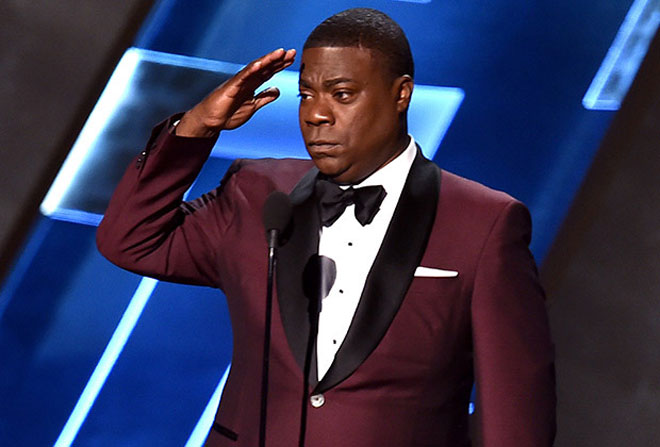 Tracey Morgan is back and last night made his first stage appearance at the 2015 Emmy Awards since his horrific crash back in 2014.   Tracey was chosen to present the final award of the night for Best Dramatic Series.

After making his way out on stage and receiving a gracious standing ovation and round of applause from his peers , Morgan said “Thank you so much, I missed you guys so much.”

“Well, Jimmy, thanks to my amazing doctors and the support of my family, my beautiful new wife,” he said, “I’m here.”

Morgan’s unofortunate accident took place back in June of 2014 when his limousine was hit by an eighteen wheeler when the driver dozed off behind the wheel.  The former 30 Rock cast memeber suffered serious injuries during the crash.

When it comes to ransomware, you don't always get … END_OF_DOCUMENT_TOKEN_TO_BE_REPLACED

Peyton Carr is a financial advisor to founders, … END_OF_DOCUMENT_TOKEN_TO_BE_REPLACED