You are here: Home / Lifestyle / Travel the World, Walk on Amazing Trails 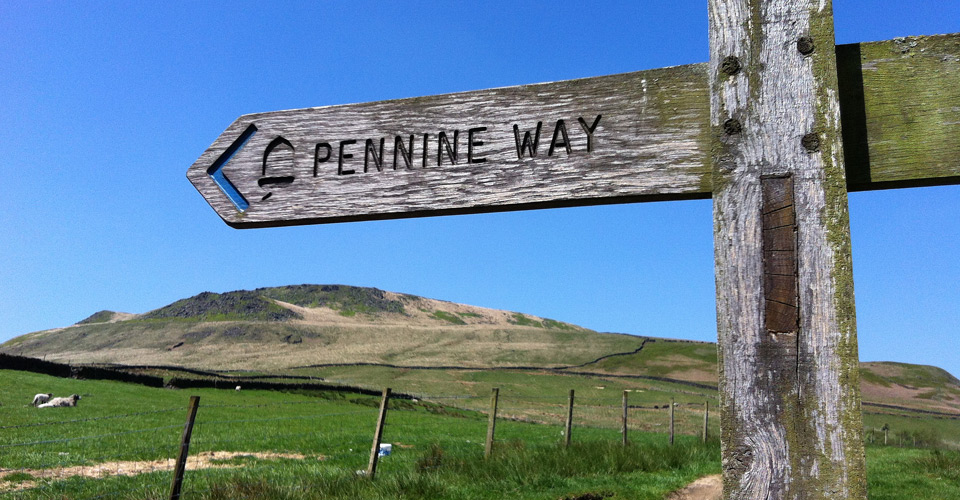 Nothing beats exploring a new place on your own two feet. Getting out into the countryside, climbing mountains and wandering along wooded trails, fording rivers and stumbling onto untouched natural wonders — that’s what travel means to the millions who choose to lace up their hiking boots and put their feet to work on vacation every year. It’s my preferred mode of travel, too. In that spirit, here are seven of my favorite long walks from around the world.

More than 10,000 people hike the 105-mile Tour du Mont Blanc (TMB) route each year, making it the most popular long-distance walk in all of Europe. Typically completed in about 10 days, the traditional TMB circuit is hiked counter-clockwise — beginning and ending in France while passing through the Swiss and Italian Alps along the way. The complete route includes 11 high mountain passes and about 32,000 feet of elevation gain and loss. It’s not for the weak of heart. But for anyone who wants to experience authentic European alpine culture, there’s nothing better.

Make it happen: Hiking season in the Alps is generally determined by the previous winter’s snowfall, which affects both the amount of snow on the ground and the strength of the glacial runoff in the summer. G Adventures‘ 10-day trip on the Chamonix to Chamonix loop is offered from June to September this year.

Often called the most physically challenging trek in the United Kingdom, the 268-mile Pennine Way walking trail follows the mountainous backbone of England through the moors of Bronte Country, over limestone cliffs and glacial valleys, past Hadrian’s Wall and across the wildest stretch of land in the nation before concluding at the Scottish border.

It takes about 18 days to complete, but many walkers prefer to break it up into smaller sections. Some forgo the southern and northern extremities altogether and focus on the more accessible middle section of the trail, the highlight of which is a breathtaking glacial valley called High Cup Nick.

Make it happen: Brigantes Walking Holidays and Baggage Couriers offers door-to-door baggage transfers for the entire length of the trail. It will also provide individual quotes for shorter stages. The Sherpa Van Project also operates door-to-door deliveries, except along the southernmost portion of the trail. Footpath Holidays runs guided trips of the south, middle and north sections.

At 34 miles long, Iceland’s famed Laugavegur Route only takes a few days to complete. But it’s still one of the best backcountry trails in the world. A walk through these volcanic highlands takes in raw scenery like nowhere else on Earth: obsidian lava fields, steaming hot springs, gurgling pools, raging waterfalls, moss-covered foothills, snow-speckled mountain ridges and massive valleys without a single tree in sight. And don’t forget the sunlight: At the height of summer, the sun never sets.

Make it happen: The Laugavegur Route is only open for hiking in the summer months (usually from the end of June until the beginning of September), when its network of mountain huts is in operation. (In the Middle Ages, Iceland’s worst criminals could earn a pardon by surviving in the backcountry for 20 years. No one ever made it. The moral of the story? Don’t try the Laugavegur Route in winter.)

The official website of the Iceland Touring Association, which maintains the Laugavegur Route and its mountain huts, is a great place to start your trip planning.

Nobody hikes the Great Wall of China by accident. It takes nearly a full day by air just to reach China from North America, and once there, you can’t take in any significant portion of this epic walk on a lark. But it’s so worth it for the thrill of experiencing one of the world’s great wonders in a way that most tourists never do.

The most accessible sections of the wall are outside of Beijing, and there they cling to the mountainous borderlands at vertigo-inducing angles. Sections of the wall are well restored and easy to envision as they were hundreds or thousands of years ago, serving as a last line of defense against invading armies. Others are gloriously ruined, speckled with trees and punctuated by crumbling watchtowers and loose rubble, with no one and nothing to see but wilderness for miles and miles.

Make it happen: To take in the best sections of the Great Wall, including some that are off-limits to ordinary travelers, you’ll need to go with a group. G Adventures‘ “Walk the Great Wall of China” trip is your best bet. It’s a small-group trip with an average size of 10 like-minded travelers.

The only thing that beats hiking New Hampshire’s White Mountains is hiking them in the fall during peak foliage season. While small by some standards, they’re more than tall enough to offer some of the best wilderness views in North America. And they’re rugged, too: The 53-mile White Mountain Traverse hike is arguably the most scenic section of the 2,100-mile Appalachian Trail, and it takes about six days to complete. The highlight is an epic ridge walk along the spine of the Presidential peaks, punctuated by jagged rocks, tumbled boulders and hardy alpine scrub, with views that seem to stretch on forever.

Make it happen: The best part of the White Mountain Traverse is a nine-mile stretch called the Bridle Path Loop, which takes in the Presidential peaks of Mount Lincoln and Mount Lafayette. It’s a straight shot from Boston (about three hours by car), and it can be hiked in a single day. You’ll need about a week to do the entire White Mountain Traverse. For that, you should book your alpine accommodations in advance through the Appalachian Mountain Club hut system.

At a distance of about 96 miles, Scotland’s West Highland Way is long enough to cover a variety of terrain — think moors and mountains, rolling hills and thick woods and lonely lochs — but short enough to be manageable in about a week. Some of it is walked at altitude and some at sea level. It’s typically done between April and October, when the fickle Scottish weather is most likely to cooperate. The scenery is spectacular year-round.

Make it happen: The official website of the West Highland Way offers plenty of practical advice for walking the route on your own. If you’d prefer a guided trip, try Wilderness Scotland‘s seven-night self-guided trip. North-West Frontiers offers seven-, eight- and nine-night versions of the trek as well.

Is there any long-distance hike in the world with a more spectacular payoff than the Inca Trail? Although it’s not easy to do — the altitude alone makes it a challenge, and the days of hiking up and down (and up again) among Peru’s highest peaks is not for the unfit — this is the one trail that any serious walking enthusiast must do. And when you finally reach Machu Picchu, sweaty and sore on your fourth day of hiking, you’ll have the satisfaction of passing through the Sun Gate and arriving at the Lost City of the Incas the authentic way: on foot.

Make it happen: Typically walked in four days, the classic Inca Trail route to Machu Picchu tops many people’s bucket lists. (That’s a nice way of saying the trail is a bit crowded.) The Peruvian government restricts the number of people who are allowed on the trail at any given time, so you’ll need to travel with an outfitter that has already secured the necessary permits. Most major adventure-tour operators who market to U.S. travelers offer such trips.

When it comes to ransomware, you don't always get … END_OF_DOCUMENT_TOKEN_TO_BE_REPLACED

Peyton Carr is a financial advisor to founders, … END_OF_DOCUMENT_TOKEN_TO_BE_REPLACED